A distinct pattern of racial bias can be seen in three recent actions that have President Obama's blessings. The first was the Executive Order of July 26, 2012 wherein Barack Hussein Obama "establishes a government panel to promote 'a positive school climate that does not rely on methods that result in disparate use of disciplinary tools.'" [Emphasis mine]

One of his solutions to the disturbing trends cited above is to "decreas[e] the disproportionate number of referrals of African American children from general education to special education" He also urges "reducing racial isolation and resegregation of elementary and secondary schools to promote understanding and tolerance among all Americans [.]" Finally, the Executive Order emphasizes the need to encourage "agencies to incorporate best practices into appropriate discretionary programs where permitted by law;"

Marc Mauer, executive director of The Sentencing Project in Washington, D.C. has written that " [o]ne of every nine black males between the ages of 20 and 34 is incarcerated in prison or jail, and one of every three black males born today can expect to do time in state or federal prison if current trends continue." He maintains that "we need policies and practices that can work effectively to promote public safety. At the same time, it also behooves us to find ways to reduce the disproportionate rate of incarceration for people of color. These are not competing goals." 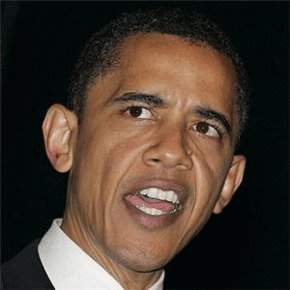 In his study entitled "Racial Impact Statements as a Means of Reducing Unwarranted Sentencing Disparities" Mauer cites the 1986 Anti-Drug Abuse Act which indicated that "more than 80 percent of the prosecutions for crack (as opposed to powder cocaine) offenses have been of African Americans [.]" Consequently, "established mandatory prison terms of five years for possession or sale of ...five grams of crack cocaine... resulted in a disproportionate number of African Americans being convicted." By the way, it was the Congressional Black Caucus who supported the more aggressive anti-crack law at the time.

Racial Impact advocates maintain that "[s]ince urban areas are more densely populated than suburban or rural areas, city residents are much more likely to be within a short distance of a school or public housing site during much of the day. And since African Americans are more likely to live in urban neighborhoods than are whites, African Americans convicted of a drug offense are subject to harsher punishments than whites committing the same offense in a less populated area."

With dizzying seesaw logic, Mauer asserts that while "no one wants drug dealers peddling narcotics to school children," it may be necessary to provide for "additional penalties for drug transactions between consenting adults that take place in the middle of the night." But, [this] may "disproportionately affect African Americans" and may require fine tuning the law to "avoid exacerbating racial disparity."

So let me get this straight: the Black child will be relatively safe going to school but the Black teenager won't be as safe if she is on the school grounds at night because it might disproportionately affect a Black drug dealer who is arrested at that time.

Furthermore, in August 2010, President Obama signed a bill "reducing the disparity in penalties for the use of crack and powder cocaine." This was seen as a "hard-fought victory for civil rights activists who have argued for years that the differing punishments unfairly target African-Americans." Thus, thousands of crack prisoners, some with long rap sheets, were released into the community. But now given the new law does the basis for this racial disproportionality problem even still exist?

At the time, however, Lamar Smith, R-Texas, argued that "[r]educing the penalties for crack cocaine could expose ... neighborhoods to the same violence and addiction that caused Congress to act in the first place. Crack cocaine is associated with a greater degree of violence than most other drugs. And more than any other drug, the majority of crack defendants have prior criminal convictions."

Furthermore, "in 1998, Congress imposed the same mandatory minimum sentences on methamphetamine users. And they disproportionately affect whites, since most meth addicts and dealers are Caucasian." If one is concerned about racial disparity, "meth sentences could also be looked at as racially 'unfair.'"

Mauer explains that "it is not so much race alone but rather race in combination with other factors, such as gender and employment, that translate into unwarranted racial disparities at the sentencing stage." But under Obama there is a 30% unemployment rate for young black males. Wouldn't these young people be better served with job training and productive jobs than "tailoring the law" to avoid racially disparate effects?

In Minnesota, the goals for Racial Impact Statements are as follows:

If a significant racial disparity can be predicted before a bill is passed, it may be possible to consider alternatives that enhance public safety without creating additional disparity in Minnesota's criminal justice system [.]

So race will be considered preemptively to avoid racial disparity in meting out justice.

But according to racial impact statement proponents "[s]entencing policies, such as habitual offender and "three strikes" laws that penalize repeat offenders more harshly, also produce racially disparate effects even though not expressly conceived to do so" and this "racial impact is due to the fact that African Americans are more likely to have a criminal record than other groups."

Am I missing something here? Are they saying that we have to raise convictions for some racial groups in order to lower convictions for other minority groups as a balancing maneuver? If someone comes from a mixed racial background, which race prevails? Or will that be yet another category to be assessed?

How many contortions must be made -- isn't the public safety always the prime consideration? After all, "who normally puts black convicted criminals where they are... black victims, black witnesses, and black communities -- in order to do justice and protect themselves from murder, mayhem, and deadly drug dealing?"

And African Americans are not the only ones who live close to schools. Ask the Chinese in Chinatown. Yet Chinese are not clamoring for racial disparity statements. But for our race-obsessed president, this will surely deal with the "disparate rates" of incarceration of African American males that he cites in his Executive Order.

In a 1994 Wall Street Journal op-ed, Randall Kennedy asserted that "as dangerous as the response that cries racism as part of an all out defense of any black accused of wrongdoing by white authorities regardless of the facts of the case," [it is an equally] troubling position that "some blacks will refuse to help send any black person to prison."

The third piece that dovetails with the pattern of race-based decisions involves "Obama's Quiet Anti-Suburban Revolution" whereby "suburban neighborhoods with no record of housing discrimination [will be] targeted to build more public housing for ethnic and racial minorities."

The Department of Housing and Urban Development (HUD) has proposed "new rules requiring counties and other entities receiving federal grant dollars to 'affirmatively further fair housing' in the suburbs for minorities. Grantees who fail to comply will be denied federal funding." Is this part of that "re-segregation" Obama spoke about in his 2012 Executive Order?

Thus the Consumer Financial Protection Bureau will be empowered to map the credit histories of every American "to ensure credit reports and scores are racially balanced as well." In fact, "earlier this year, HUD broadened the authority of two anti-discrimination laws -- the Fair Housing Act and the Equal Credit Opportunity Act -- making illegal any housing or credit policy that results in disproportionately fewer blacks or Latinos receiving housing or home loans than whites, even if those policies are race-neutral and evenly applied across all groups."

The Investor's Business Daily editorial board takes Mr. Obama to task and writes, "[i]f there are racial disparities in housing or credit, there can't be any business reason for them. Personal habits are never a factor. To this administration, racism is the one and only explanation."

Pamela Geller maintains that "no matter how horrible the outcomes, the left never learns from their repeated monumental mistakes. Their idea of utopia fails to factor in the most critical key component: the human condition, the make-up of free man. No matter what nonsensical pseudo-scientific application the left employs, free men require freedom."

Obama plays a clever game and it is up to the American public to connect the dots and see the larger picture. Mired in constant governmental race-obsessed rulings, with the ultimate aim of total government control over our lives, we can never truly address problems in a pragmatic and helpful manner nor can law-abiding people feel safe.