Warning: mysqli_free_result() expects parameter 1 to be mysqli_result, bool given in /var/www/html/americanthinker/admin/common/functions/func.general.php on line 126
 How a Missouri Rodeo Became a Phony Scandal - American Thinker
|

How a Missouri Rodeo Became a Phony Scandal

If an eccentric, liberal, nudist musician had not attended a rodeo at the Missouri State Fair a week ago Saturday, the world would be a slightly happier place. The State Fair would not have banned rodeo clown Tuffy Gessling for life. The NAACP would not have asked the Secret Service to investigate Tuffy for a "hate crime." His clown colleagues would not have been dispatched to sensitivity training. And race tension nationwide would not have ratcheted up another notch.

But the eccentric in question, Perry Beam, did attend the rodeo. He took his wife and a Taiwanese student with him. When Tuffy donned an Obama mask, Beam grew concerned. When the crowd egged the clown on, Beam grew uneasy. But when another clown started bobbling the lips on the mask, well, that sent Beam "over the top." The student recorded it all on his video camera. 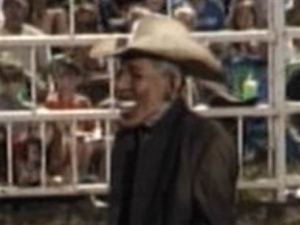 Repelled by what he had seen, the exquisitely sensitive Beam fled the fair with wife and student in tow. The normally inquisitive student asked no questions about what he had witnessed. "In a way," says Beam, "I'm glad. I had no answers for him." They rode the sixty miles home in shamed silence.

The whole affair might have ended on Beam's Facebook page had it not been for the intervention of a professor friend of Beam's, a garden variety leftist named Bob Yates. Beam gives Yates credit for forwarding the information "to the appropriate blogs" and that, says Beam, "got the ball rolling."

By 7:30 a.m. Sunday, less than twelve hours after the soon to be infamous rodeo, "MoDem," likely the nom de guerre of Yates himself, had posted a photo essay on both the Daily Kos and Show Me Progress sites. He concluded his commentary with the less than merciful, "I can't write anymore at how disgusting this is. All I want is some heads to roll." And roll they would.

By Monday, the story was front-page news with the liberal spin fully woven into the warp and woof. The USA Today quoted Beam as saying of the rodeo, "It was feeling like some kind of Klan rally you'd see on TV." Beam, a Hillary enthusiast, may have been the only one at the rodeo to feel that way, but he had kindred spirits aplenty in every major American newsroom. (For verification, watch HBO's self-parodying Newsroom.)

At this point, the Republican front line did what it almost always does in the face of a Democratic media offensive. It collapsed. The right's paid professionals -- elected officials and media nabobs both -- ran for cover. Missouri Lieutenant Governor Pete Kinder, a Republican, was soon imploring Nixon "to hold the people responsible for the other night accountable."

In both cases, however, conservative guerillas in the blogosphere held the line, rallied the troops, and eventually turned the tide. Before week one of Rodeogate was through, thinking liberals like David Weigel of Slate had come to see that conservative bloggers were waging the stronger arguments.

"Banning Gessling," wrote Weigel, "looks like corporal punishment for free speech, and it gives Obama-haters proof that they can't criticize Dear Leader without the state coming down on him. It turns a dumb-but-legal political joke into a moment of martyrdom."

Unfortunately, thinking liberals are today less common than liberals who "doublethink," an Orwellian concept that implies the ability to embrace two contradictory thoughts at the same times. Just a few days after helping blacklist Tuffy the Clown, for instance, Yates denounced "the blacklisting of people like [Howard] Fast and [Dalton] Trumbo." For the record, Trumbo and Fast, were both unapologetic Stalinists who collaborated with the Soviet Union during the Cold War, an offense arguably worse than donning an Obama mask at a rodeo.

"If you are a Christian," doublethinker Beam posted on Facebook, "your commission is not one of judgment but one of service. Let God do his job and you, yours." Having chastised those who would pass judgment on others, he turned his righteous judgment on "the [George] Zimmerman's of this land," whom he described, a bit uncharitably, as "the weak-minded, the fearful, the ignorant, the crazy, the stupid."

In fact, George Zimmerman was a registered Democrat, an Obama supporter, and a boots-on-the-ground civil rights activist. Tuffy Gessling was a semi-literate rodeo clown. Neither deserved their fate, but both served an indispensable purpose for our progressive friends.

For red state amateurs like Beam and Yates, rising above their fearful, ignorant, crazy, and stupid neighbors allows them a brief shining moment of unalloyed self-love.  Cheap as that thrill may seem, for some people it is apparently priceless.

For the pros, however, the ones who green light these kind of stories and take them national, this is all business. Amidst the ruins of the Obama presidency, the demand for distraction is a constant. When the president falls hard off his high horse, as he often does, they need someone to freeze the opposition and excite the low-information masses. How fitting it was that this time they picked a real rodeo clown.