Although high information Americans are becoming aware of the federal takeover of education through Common Core Standards, there seems to be little recognition yet that Common Core gives schools and third parties unprecedented access to students' personal information.  The federal government is acquiring a massive amount of data that can be sold to the highest bidders. This is an invasion of student and family privacy and a violation of our 4th Amendment rights.

While many Americans are focused on NSA and other such "phony scandals," the Washington education police are swarming around in schools gathering intimate data on children and families.

The education technology buzzards are circling overhead and, having smelled the strong scent of money, are 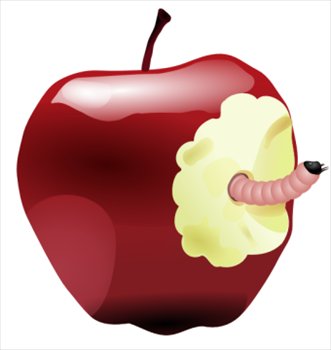 salivating at the thought of making billions from this new goldmine.   Reuters reported that in 2012 technology startups for the K-12 market attracted more than $425 million in venture capital.  Rupert Murdoch, owner of Amplify Education, one of the country's largest education technology companies, estimates that K-12 education is a $500 billion sector in the U.S. alone.

Although the federal government was prohibited legally from gathering student specific data for a national database, the 2009 American Recovery and Reinvestment Act -- "Stimulus Bill" -- provided a loophole.  Money from the ARRA was given to each of the states to develop longitudinal data systems to catalog data generated by Common Core aligned tests.

The deal was sweetened and guaranteed state compliance when the Obama administration used data system development as the key criterion for awarding additional K-12 funds through the "Race to the Top" program.

In 2011the U.S. Department of Education reinterpreted the Family Educational Rights and Privacy Act to permit a student's academic record to be shared with virtually anyone including non-governmental organizations without prior written parental consent!

Education technology companies can use the information to develop software for students, teachers, and administrators.

Beginning with the 2014-2015 school year, students in states that have accepted Common Core standards will begin taking state standardized tests that are aligned with the Common Core learning standards.

The state tests will glean student-specific data to be stored by the states in their new longitudinal data systems that are designed to track a student from pre-school through college and even further.

The National Center for Education Statistics, which is part of the USDOE, helps states to identify and code the various types of information.

Under Arne Duncan, President Obama's Secretary of Education, there is an unprecedented level of opportunity for private influence on education.  Thus public-private partnerships are flourishing.

In fact, a massive $100 million public school database spearheaded by funding from the Bill and Melinda Gates Foundation has been developed to share student information with private companies -- such as Gates' Microsoft -- that sell educational products and services so they can mine the information to create new tailored products.

Strange new alliances have emerged from this project, with the likes of the liberal Gates Foundation which provided most of the funding and Amplify Education, a division of Rupert Murdoch's News Corporation, which developed the database system.  The partnership then turned it over to a nonprofit corporation called inBloom to operate and control the information.

The inBloom website states that security of the stored student data cannot be guaranteed:

"While in this day and age no security protections can be 100% guaranteed, inBloom has greatly improved student data protection beyond the measures currently used by most school systems."

This admission that security of student files cannot be guaranteed has the public riled up. Parents from Louisiana and New York have written state officials in protest, as have the Massachusetts chapters of the American Civil Liberties Union and Parent Teacher Association.  A growing number of Republican lawmakers nationwide have expressed concern about Common Core data mining and are considering introducing legislation to stop the sharing of student data with outside groups.

The Electronic Privacy Information Center in Washington is suing the USDOE in an effort to stop the illegal collection, storage, and sharing of student data.  President and executive director Marc Rotenberg said that, "Once the data gets out there it has all sorts of ramifications. It weakens the [FERPA] structure Congress put in place because Congress understands that a lot of student data can be stigmatizing, keeping people out of jobs, for example."

ParentalRights.org President Michael P. Farris maintains that personal privacy is being destroyed by those who want to track children. The United Nations Convention on the Rights of the Child has browbeaten nations to create a national database so that the government can track children, purportedly to protect their human rights.

Touting this centralized database system as a method to personalize student education is a naïve notion by the tech industry, which evidently thinks the massive problems of public education can be fixed with a bit of slick technical engineering.

Student data mining is merely the Trojan horse for a nationwide tracking system of our citizens.  Our children are being used as guinea pigs while those complicit with this Marxist government enjoy their new found riches.

Carole Hornsby Haynes, Ph.D. is a curriculum specialist and writer, speaker, and commentator for education policy.