Warning: mysqli_free_result() expects parameter 1 to be mysqli_result, bool given in /var/www/html/americanthinker/admin/common/functions/func.general.php on line 126
 C'mon Black America, We Can Do So Much Better! - American Thinker
|

C'mon Black America, We Can Do So Much Better!

Someone sent me the link to this article, and I could hardly believe what I read.  Folks, this is just too crazy for words.  Forty-year-old Tawana Brawley was recently celebrated, treated as a rock star at a New Jersey fundraiser.

This article about people awarding Brawley sainthood is a hoax, right?  C'mon, am I on Candid Camera or being "punked," as they say today?

Have the event organizers completely lost their minds?  Are their brains so infected with the putrid pus of racial hatred that they have lost all sense of a moral compass?

For those of you unaware, Tawana Brawley committed an evil hoax which sparked a national racial firestorm in 1987.

Fearful of being punished for staying out overnight, Brawley, then 15, lied, saying 6 white men, including state officials, kidnapped her, raped her, used charcoal to cover her body with racial epithets, and smeared her with feces. 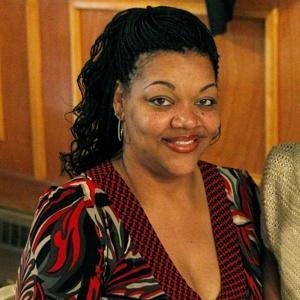 Al Sharpton was the spokesperson for Brawley's family.  Sharpton ran to microphones and blasted white America with both barrels.

Even when the truth was revealed and defendants sued and won, Sharpton never backed down from Brawley's lie, nor has he apologized to this day.  Sharpton and Brawley's two attorneys were ordered to pay $345,000 in damages.

So why after 25 years would the event organizers rewrite history, turning this sinner into a saint, praising her for surviving society's "lies since 1987"?  What on earth were they thinking?  Brawley lied!  The white guys she lied on got paid.  Are these people living in a parallel universe or what?

The emcee for the Bizarro-World love-fest event for Brawley was former City College professor Leonard Jeffries.  He has said "rich Jews" financed the slave trade and that whites are violent, cruel "ice people."  Folks, the fact that this racist nutty professor has had access to the impressionable minds of our youths terrifies and angers me.

And yet, Jeffries's ilk dominate campuses across America.

Now get this, folks: proceeds from the $50-a-person fundraiser went to a kid's camp.  What the heck did the organizers tell the kids about their keynote?

See, kids, you too can concoct a vile lie smearing innocent people and then grow up and be treated like royalty.

With all the brilliant, honorable blacks out there who should be held high as inspirational role models, why in heaven's name would the event organizers select Tawana "Lying Hoaxter" Brawley?  Lord help us. 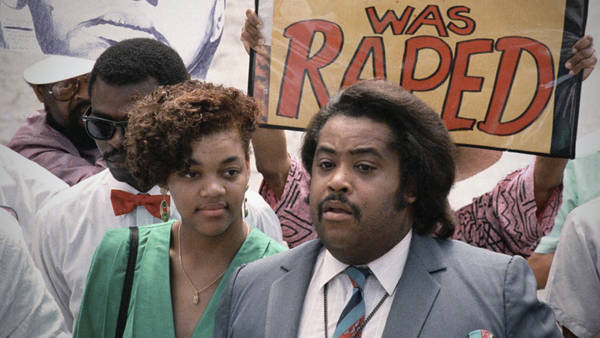 Since the election of Obama, millions of blacks have embraced a brain-dead mindset fueled by racism -- by loyalty to skin-color.  If Obama announced that he is the spawn of Satan, blacks would still call all who oppose his agenda racist.  And no, I am not saying Obama is a devil.

Folks, as a proud American who happens to be black, the insane "race trumps everything" thinking prevalent in the black community continues to amaze, sadden, and frustrate me.  You are probably as sick of reading my articles about this topic as I am of writing them.  Still, I feel compelled to shine the light of truth -- a voice crying in the wilderness.

Black so-called civil rights leaders and white liberals in the media celebrate the bottom of the barrel: ignorant, violent, woman-disrespecting black rappers and thugs.  Meanwhile, they throw away the cream of the crop: self-reliant, non-whiny, successful blacks.

And whom has the Race Exploitation Industry and mainstream media chosen to elevate to black icon status?  Tawana Brawley, Rachel Jeantel (19 years old and still in high school) and thug Trayvon Martin.  Though his death was extremely tragic, unarguably Martin was a thug.

Speaking of the having the putrid pus of racial hatred on the brain, black Chicago Rep. Monique Davis suggested that the reports of epidemic black on black murders in Chicago are really a cover-up for white cops killing young black men.  Good grief!

Black America, why are you allowing such insanely hateful racist people to speak for you?  Rep. Davis's thinking is typical of the CBC and NAACP.  Thus, I would never give a dime of financial support to either race exploitation group.  While Davis and her ilk continue to blame whites and make excuses, black America is swiftly going down the toilet.

Equally frustrating is black America's willingness to lay down their morals, values, and ability to reason at the feet of Obama in worship simply because he is black.

C'mon black America, we are and can do so much better.