Warning: mysqli_free_result() expects parameter 1 to be mysqli_result, bool given in /var/www/html/americanthinker/admin/common/functions/func.general.php on line 126
 The Real J. Edgar Hoover? - American Thinker
|

Edward S. Miller, a lifetime FBI man of high rank and stature, recently passed away at the age of 89. A good man and good American, Miller, who was also a veteran of World War II (Okinawa), faithfully served his family, country, and God. He also faithfully served the agency that hired him in 1950, as well as the longtime head of that agency, J. Edgar Hoover.

I was fortunate to spend a long Saturday afternoon with Ed Miller back in March, at long last meeting him after previously only corresponding with him. (He was an alumnus of Grove City College, where I teach.) It was a time I won't forget, and Miller had some things he wanted me not to forget -- and to share with the public. Foremost among them was his take on J. Edgar Hoover. He wanted the world to know what he insisted was the real J. Edgar Hoover -- a man totally contrary to the hysterical left-wing Hollywood portrayal that frames the FBI director as a mix between lunatic anti-communist, power-hungry Napoleonic authoritarian, and closet homosexual and cross-dresser. According to Ed Miller, none of it was true.

"He was terrific," Miller told me of Hoover, instantly knowing that such isn't the typical take on the man who was the face of the FBI for parts of six decades. During our detailed and varied conversation, few subjects lit up Miller quite like his old boss. Hoover was "great." He was "sharp." He was "absolutely brilliant." He was "wonderful."
Miller proceeded to give me example after example. Among them, here's one that will throw liberals for a loop, clashing as it does with their ideological prejudices:

"We needed black agents," said Miller of the FBI of the 1960s. "We needed them badly. I went out and hired 13 black agents in one fell swoop, and he [Hoover] approved every single one of them. I put together a new group of 56 agents altogether, 13 of them black. And Hoover said, 'This is the finest class of agents I've ever seen.' They were really well educated, athletic, great shape. And Hoover, as director, personally shook the hands of all 56 in his office." 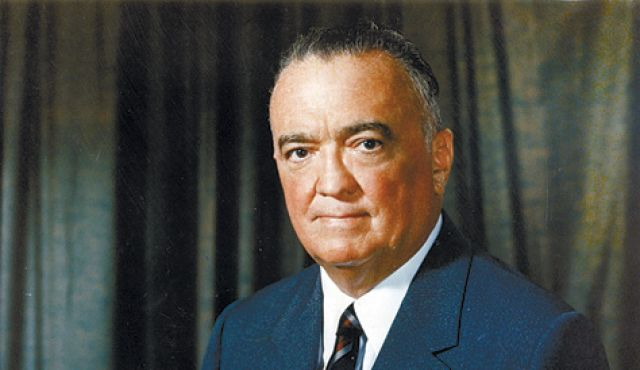 To Ed Miller, J. Edgar Hoover was the antithesis of a demeaning, brooding, bossy dictator. He was a model of integrity and truth who "always" and "totally" backed his men. He wanted his men to give him the information straight, to be "entirely objective." This was likewise true for the men that his men hired. Miller recalled an episode in which none other than Lyndon Johnson (speaking of demeaning, brooding, bossy) repeatedly pushed Hoover to hire some political job-seeker from New Jersey. It was vintage LBJ, who was all about patronage and corruption. Ed Miller saw right through it, and refused to hire the man, who, Miller judged, simply wasn't a good fit. When Hoover called Miller to get an explanation, Miller explained that the man wasn't right for the job. Hoover stood by Miller -- and against LBJ.

Miller shared with me several such instances. In each case, Miller gave Hoover what he thought was best for the FBI and America. Hoover respected that. That's what he wanted.

In the course of our conversation on Hoover, I couldn't avoid the elephant in the living room: the sensational stories about the FBI director's sexual/gender interests and issues. Among them, Ed Miller told me that the claims of Hoover having Clyde Tolson as a "gay lover" were "absolutely false." He said that Hoover was a heterosexual who had love affairs with beautiful women such as the glamorous actress Dorothy Lamour. Their romance, in fact, almost led to marriage. Hoover, however, was married to his job. "She dumped him because he was married to his job!" said Miller."He had one hell of an interesting job, Paul. And he was always very busy."

If Ed Miller is correct, then where did the rumors about Hoover come from?

Here, Miller's thesis is most convincing. He chalked up the sexual gossip to the nature of Hoover's political work -- specifically, to the political enemies he earned. Hoover had devoted decades to dutifully and carefully pursuing a domestic network of American communists who were devoted heart and body and soul to Stalin's Soviet Union. Hoover and his men not only looked into Communist Party USA members but homegrown agents of Soviet influence. That trail also often swerved into the huge numbers of duped liberals who didn't realize when and where and how these so-called "progressive" pals of theirs were secretly using them to advance Moscow's aims and agenda.

And so, argues Miller, Hoover's political enemies on the soft left and (especially) the hard left smeared him with false claims. No one excelled at disinformation and blatantly vicious lies and character assassination quite like the Communist Party. American communists had a campaign for anything and everything. In fact, the single best exposé on communist campaigns was a remarkable June 1959 report done by Hoover's FBI, authorized and signed by Hoover himself, titled, "Communist Propaganda in the United States, Part VIII, Campaigns." I have that report. It's an eye-opener.

Interestingly, in retrospect, it looks like America's communists might have had a campaign aimed at Hoover himself -- who wouldn't have been surprised. All of these campaigns, as the FBI noted, had one thing in common: they sought to enlist a wider swath of duped liberals into the campaign. The orchestrators of the campaign concealed their hand.

Did that happen with Hoover? Perhaps so.

Pause for a moment to chew that one over. Think about it. It's funny, but at one point in time, the American left peddled such stories to cook up a view of Hoover that they'd today denounce as viciously "homophobic." Once upon a time, they merrily framed him as a wild "pervert," a sexual sicko/weirdo. That was when such an image served liberals' interests. Now, however, Hoover's alleged homosexual/bisexual pursuits would surely conflict the left. In modern liberal/progressive eyes, such pursuits ought to make Hoover a complicated and even sympathetic, laudatory character, perhaps a hero. That is, if not for Hoover's unflagging anti-communism, which earns him eternal demon status in the left's moral universe. There are few things that make liberals recoil quite like a strident, God-fearing anti-communist.

Ed Miller, for one, wasn't surprised by the sliming of Hoover. He followed these people for years. He knew of their smear campaigns. He knew them well. He studied them. He documented them. And he knew that CPUSAhad good reason to loathe the FBI. As Miller said, it was Hoover and his boys who "killed Communist Party USA." And so, in turn, they "really went after" Hoover.

For the record, I'm no expert on J. Edgar Hoover. I cannot confirm all that Ed Miller told me about the man. The sexual material certainly isn't my area of expertise. The communist/CPUSA material, however, is -- and makes perfect sense.

I can further confirm that Ed Miller's eyes swelled with tears and he choked up as he talked glowingly about his old boss. It was an intense admiration for a man who did not deserve the trashing he received in life and (even more so) in death, when he couldn't defend himself. In fact, that's another thing typical of the left, and especially communists: they destroy the reputations of the dead, who can't defend themselves. (On that, see the terrific new book by Ion Mihai Pacepa and Ron Rychlak, where they expose the communist campaign against Pope Pius XII and other figures.)

Sure, Miller's view on Hoover is one man's opinion, but it was a very informed opinion from a lifetime FBI insider of high rank and stature who worked with Hoover, and didn't just "learn" about him from some movie or scandal sheet. Ed Miller saw and knew a J. Edgar Hoover that none of the rest of us could or did. Is Ed Miller's J. Edgar Hoover the real J. Edgar Hoover? Or is Hollywood's?

I know where I'd put my money.

Dr. Paul Kengor is professor of political science and executive director of The Center for Vision & Values at Grove City College. His latest book is The Communist: Frank Marshall Davis, The Untold Story of Barack Obama's Mentor. His other books include The Crusader: Ronald Reagan and the Fall of Communism and Dupes: How America's Adversaries Have Manipulated Progressives for a Century.