Warning: mysqli_free_result() expects parameter 1 to be mysqli_result, bool given in /var/www/html/americanthinker/admin/common/functions/func.general.php on line 126
 The Obama Doctrine of Control Through Dissension - American Thinker
|

The Obama Doctrine of Control Through Dissension

The president has more than proven that he is not a uniter.  He is a committed divider.  Jesus said, "If a house is divided against itself, that house cannot stand."  Hence, try as we might, it's getting harder to ignore what appears to be a burning desire on Obama's part to destroy the great and glorious house called America.

With an eye toward stepping in and reorganizing everything from our social and economic structure to the U.S. Constitution, it appears that Obama's plan to gain control involves stirring up discord and agitating every area of society to the point of near-collapse.

Barack Obama has managed to undermine the nation's unanimity through the deliberate fostering of racial, political, religious, and class-based conflict.  In other words, the President of the United States is actively endeavoring to community-organize America to death.

Chicago-style troublemaker Barack Obama acquired his skill set while nestled close to the pedagogical breast of Rules for Radicals author Saul Alinsky.  It was there that the president was schooled in the fine art of community organizing, and excelled as a top student.

Alinsky taught that in order to 'disorganize the old and organize the new' one must "stir up dissatisfaction and discontent" and "agitate to the point of conflict." Unfortunately, Alinsky's instructions are alarmingly similar to the president's leadership style.

Undoubtedly, Obama understands the Alinsky principle that teaches that in order "To organize a community you must understand that ... the word 'community' means community of interests, not physical community."  That's why the president subtly stirs dissension in diverse places.  His method is to "Pick...freeze...personalize... and polarize" a wide variety of groups, individuals, and philosophies.

Therefore, in his unending quest to "fundamentally transform" America, Barack Obama has stealthily managed to expose many a raw nerve.  Still, rather than make a blatant attempt to further divide Americans, the president cunningly pokes his finger into past grievances in hopes of creating festering sores he seems committed to exacerbating.

Proficient community organizer that he is, Obama inflames old hurts with veiled suggestions that incite hostility 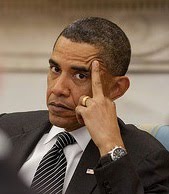 among factions, and then uses silence to offer tacit approval of the hate speech spouted by his allies. Those tried-and-true Alinsky polarizing tactics alienate those who disagree with Obama's agenda by portraying whole swathes of Americans as menaces to a national unity he purports to desire, but continues to undermine.

Yet even while employing doublespeak, blithe disregard for the facts, subterfuge, and occasional impulsivity, the president has been able to project the image to some of unifier as he carefully manipulates the tools of divisiveness to the benefit of his long-term agenda.

Obama darkly suggests that the Catholic Church is the arch enemy of women; Americans who just want immigration laws to be enforced and the border secured are dream-destroying xenophobes; excluding Democrat donors, rich people are portrayed as selfish parasites; pro-traditional marriage advocates are homophobes; gun owners are a threat to the safety of every American child, and the antagonistic beat goes on.

Now, in what appears to be the next phase, macro acrimony is being perpetrated on an increasingly micro level.

Based on his public response, it's apparent that Barack Obama, just as he did with Henry Gates, Jr. and Officer Crowley, must have felt that George Zimmerman, an Hispanic man originally assumed to be white, "acted stupidly" when defending himself against Trayvon Martin, a black teenager whom Zimmerman claims was trying to kill him.

America already knows that Obama believes that "if [he] had a son he'd look like Trayvon Martin." That fatherly declaration may have been a foreshadowing of the president's attempt to purposely foment racial unrest by dispatching the Department of Justice's Community Relations Service to descend on Florida to "work marches, demonstrations, and rallies related to the shooting and death of an African-American teen by a neighborhood watch captain."

And if that's not bad enough, the Obama Administration's "Insider Threat Program" is now promoting suspicion among federal co-workers by asking colleagues to spy on and report one another based on criteria that can only be described as wholly subjective.

Organized divisiveness masked as an attempt to keep America safe, the program asks federal employees and contractors to pay "particular attention to the lifestyles, attitudes and behaviors - like financial troubles, odd working hours or unexplained travel."  The stated hope is that co-workers can predict whether "suspicious action" might indicate that the guy they've worked side-by-side with for the last 20 years has plans to do "harm to the United States."

As a result, federal workers have officially been added to a list of potential threats that already includes pro-life advocates, ex-military, Christians of all denominations, Tea Party activists, Conservatives, and just about any group on the planet that is perceived to pose problems for Barack Obama's progressive vision for an Alinsky-inspired "world not as it is," but as he thinks "it should be."

At the rate the Obama-instigated dissension is progressing, before long, American neighborhoods will devolve into combat zones and children will turn in parents for being enemies of the state. In the meantime, instead of asking the president about his favorite food, some journalist, kid or otherwise, should inquire of him how his constant fostering of disunity helps drive home the point that the state of our union is in need of stronger alliances?

Nevertheless, the Bible emphatically states that "A troublemaker plants seeds of strife." From the first day he was elected, the president has consistently sown seeds of strife, and, as a result, it has become clear that Barack Obama is indeed implementing Alinsky's strategy on a national level.  Apparently the president hopes that if he stirs up enough dissension, America's great and glorious house will be unable to stand.  Then, it will be on to the coup de grâce, when Barack Obama finally gets to implement the type of control he so fervidly desires.

Jeannie hosts a blog at: www.jeannie-ology.com