The Fatal Fallacy of Muslim Outreach

When the government engages in "Muslim Outreach," what are its objectives?  To make us safe?  To undermine the vicious ideology that commands our conquest, subjugation, and oppression?  Or to appease and capitulate to these supremacist groups?  Clearly it is the last, and the consequences of such foolhardy and delusional efforts render us less safe, as in the case of the Boston Marathon jihad bombers, Tamerlan and Dzhokhar Tsarnaev.

Those devout Muslims in Boston designed bombs to tear through the flesh and bone of babies, mothers, and families, and only a couple of brave politicians have shown interest in the motive.  Is that what we have become as a nation?  A people?

The Boston bombers have said they slaughtered Americans in the cause of Islam.

Yet it was only Representative Louis Gohmert (R-TX) who has shown any interest in the implications of this.  Gohmert is a hero, a singular man of courage.  He pressed FBI director Robert Mueller last month until finally Mueller admitted that the only contact that the FBI had with the Boston bombers' terror mosque was "outreach."

Outreach is a euphemism for submission.  With the Boston jihad bombings, the mosquerade of "outreach" achieved its goal of deceiving and "subduing" the dhimmi FBI.  Americans were murdered in cold blood, but the FBI's "outreach" with the terror mosque was successful.

Gohmert, a member of the House Judiciary Committee, also blasted the FBI in April over how political correctness prevented investigators from honing in on the Boston bombing suspects.  The Obama administration scrapped all mention of jihad and Islam from all FBI training manuals.  That scrubbing came at the insistence of Muslim groups with which the FBI and other agencies were engaged in "outreach."

In January 2012, I received the first in a series of DOJ bundles in response to my FOIA request filed close to a year before that.  Specifically, I asked for "records relating to the meeting of the 'Monthly Outreach Meeting' with Muslim and Arab groups at the Civil Rights Division. Specifically, include lists of attendees at each monthly meeting, the agenda of each meeting and any minutes or summary prepared subsequent to each meeting. Please also specifically note the meetings at which the Attorney General of the United States attended."

The principal impact of reading through the material was the sheer bulk of it.  Hundreds and hundreds of pages of e-mails, documenting nearly daily friendly contact, consultation, cooperation, and collaboration between the DOJ and Hamas-linked Muslim Brotherhood groups.  One thing was clear: the Muslim Brotherhood had fully infiltrated command and control at the Department of Justice civil rights division. 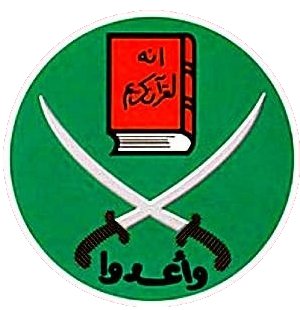 Society of North America (ISNA) and senior officials of the Department of Justice, all the way up to Assistant Attorney General Tom Perez.  They discuss lunch, vacations, job changes -- always with the Muslim Brotherhood groups pushing their narrative, even in these casual exchanges.

In a sane and rational society, these Muslim Brotherhood-linked groups would be marginalized.  Instead, the Justice Department was busy with "Outreach" to them.  They're effectively using the DOJ as their legal arm.

Pamela Geller is the president of the American Freedom Defense Initiative (AFDI), publisher of AtlasShrugs.com and author of The Post-American Presidency: The Obama Administration's War on America and Stop the Islamization of America: A Practical Guide to the Resistance. Follow her on Twitter here.