Warning: mysqli_free_result() expects parameter 1 to be mysqli_result, bool given in /var/www/html/americanthinker/admin/common/functions/func.general.php on line 126
 How Detroit Almost Killed My Business - American Thinker
|

How Detroit Almost Killed My Business

Of all the depressing facts about the once great City of Detroit, this to me is the most upsetting:  In 1950, there were about 296,000 manufacturing jobs in Detroit.  Today, there are less than 27,000 (Hat tip Zero Hedge Blog).

Government -- federal, state, and local -- made this happen. I know this from experience. Government corrupted the Detroit work force. That corruption drove away my company too.

Many think that crime spurred the exodus of business out of Detroit.  Not in my case.  To combat crime we would build a stronger "fort." We called it "fort building" because if my neighbor put heavy wire screen on his windows, the thieves would break into my shop.  If I bricked up my windows in response, my neighbor might be broken into.  This escalated to the point where many businesses eventually put fencing topped with barbed wire around their buildings.  Still, although "fort building" was expensive, it was far cheaper than moving.

Detroit's abysmal educational system did not drive me away either. As it happens, my particular business did not require highly educated people. So I could hire high school graduates not literate enough to fill out an application form.

As for taxes, true, Detroit's were the highest in the state, but real estate costs were half of those in the suburbs.  Besides, there were hundreds of suppliers of parts and services for all types of industrial purposes within a short drive.

What really killed Detroit and what drove me away was the government deciding it knew how the market should operate better than the market did.  The market operates on a simple concept, "An honest day's pay for an honest day's work."  If an employee doesn't think he is being paid enough, he can leave.  If an employer is unhappy with an employee's performance he can fire him.

Well-meaning government programs such as Unemployment Insurance, Workman's Compensation and Wrongful Discharge (i.e. age discrimination, sex discrimination, racial discrimination etc.), that were meant to help and protect employees turned this market concept on its head.  In Detroit, hiring someone became the worst thing an employer could do, and being fired became one of the best days in an employee's life.  Allow me to explain. 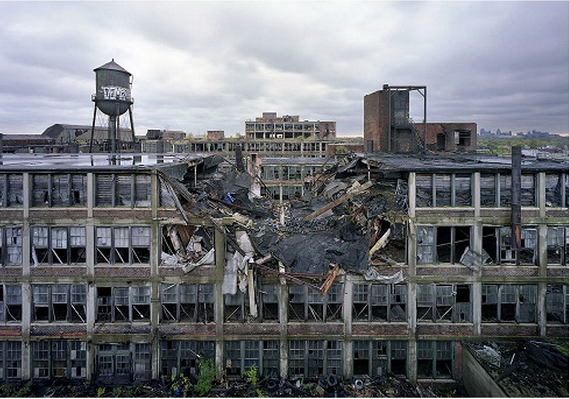 As mentioned earlier, when I left Detroit I had 20 employees.  But, 10 years earlier I had 5 employees.  As the business grew I had to hire more people.  As it turned out, to get one good employee, I had to hire about 8.  So to get an additional 15 people, I had to hire over ten years approximately 120 people.  This is when doing business in Detroit really started to get expensive.

When an employee left my employ, whether by quitting or being fired, they immediately went to the Unemployment Office where they were given unemployment payments.  Employers such as me went to great lengths to make sure that if someone was fired it was for a good documentable reason, in an effort to avoid having to pay for unemployment.  In practice, that didn't matter too much.  The likelihood that the State would grant benefits was extremely high, maybe 80%.  If you protested you had to appear before a state "referee," who was, unsurprisingly, very biased in favor of the claimant.

But as bad as unemployment costs got, they were nothing compared to Workman's Compensation.  Here is the way the game was played:  If you were on unemployment it was understood that you were "ready, willing and able" to work. If you were on Workman's Compensation it meant you were injured and could not work.  So, an employee always went for Unemployment benefits first and when they ran out, suddenly discovered that he was injured, usually with a bad back.  In Detroit, an employer almost never won a Comp case.

After a period of time, my insurance company put me in what was called the "Assigned Risk" pool.  What that meant in practice was that my Workman's Compensation insurance costs doubled overnight.  Every new employee hired became a huge financial burden not in terms of wages but in terms of Unemployment and Workman's Comp costs.

But perhaps the scariest thing that could happen to an employer was being summoned in front of the Civil Rights Commission, to face charges of "Wrongful Discharge." Here you had to prove a negative, that you did not violate someone's rights.  This happened to me three times.  If the Commission determined you were guilty, which were two out of three for me, the remedy was to pay all of an employee's wages from the time he was separated from your employ to the time of the Commission's finding.  Since the system moved very slowly, an employer could be faced with paying as much as two years' salary.

This was enough to get me and hundreds like me out of Detroit.  I could build a stronger "fort," but I couldn't beat the system.  That, however, wasn't the end of what our government did to Detroit.

The final nail in the coffin came from the Environmental Protection Agency.  It happened sometime in the late 1980's.  This was when by EPA decree, almost everyone associated with manufacturing in the City of Detroit, became a criminal.  People who had worked honestly for years to pay for their building and property woke up one morning to find that because of the EPA, their property was worthless, or worse.  Is it any wonder there are so many abandoned factories?

In Detroit, government distorted the marketplace by replacing truth and honesty with a preconceived social agenda.  Because of this, things only got worse and Detroit is now bankrupt.  Detroit is but the first to fall...there will be more.