Warning: mysqli_free_result() expects parameter 1 to be mysqli_result, bool given in /var/www/html/americanthinker/admin/common/functions/func.general.php on line 126
 Forcing Christians to Eat Pork - American Thinker
|

While Barack Obama has often been compared to leaders of the past, it's unlikely anyone has yet associated him with Antiochus IV Epiphanes. Ruler of the Seleucid Empire between 175 and 164 B.C., King Antiochus is best known for the persecution of Jews, and one story from the second book of Maccabees is particularly relevant here. As the passage tells us, the king was bent on forcing a Jewish woman and her seven sons to, of all things, eat pork. The boys resisted and were tortured and killed one by one as their mother, who ultimately was also murdered, looked on. What's interesting, though, is that while the victims were being faithful to what they believed was divine dietary injunction, there was no Seleucid commandment stating "Thou shalt compel others to dine on swine." The act of eating such meat was but a trivial matter to Antiochus, yet he nonetheless insisted on imposing his will.

Why would a person do this? It would be for one -- or, more likely, a combination -- of the following reasons:

• He hates the people in question and simply wants to torment them. Or, perhaps more precisely, he hates what they are and wants to destroy what makes them what they are.

• His ego cannot tolerate being defied.

• He views the beliefs at issue as stupid and takes pleasure in punishing those who dare be so "wrong." This is a common human motivation.

• He wants to break the cohesiveness -- and therefore the resistance -- of the target people by forcing them to relinquish the beliefs binding them together.

Of course, while a different factor may be dominant in different situations, and while there is tremendous overlap among them, what's obvious is that an Antiochan desire is one of hostility. 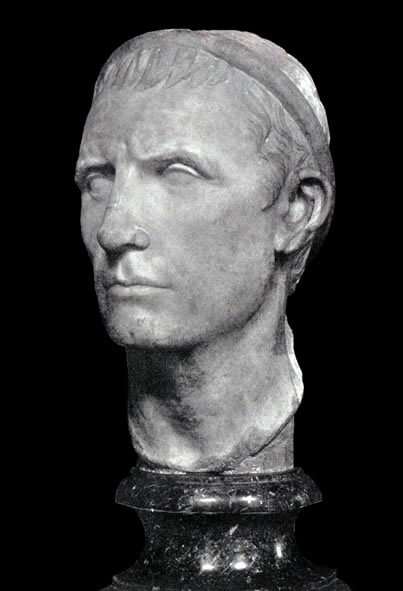 This brings us to a similar situation in our time: King Obama's contraception mandate. The issue was ginned up during the 2012 campaign to rally Democrat support, but that battle has been won and is water under the bridge. Nonetheless and quite bizarrely, Obama insists on trying to force religious employers to fund contraception for their employees, despite the fact that offering such individuals an exemption would cost him nothing politically and would accord with the American tradition of respecting deeply held religious convictions.

And I'm going to relate a story illustrating just how deeply held they can be. I know of a man who, through some fairly unique connections, could make a healthy and relatively labor-free five-figure income selling contraception. He could really, really use the money, too. Yet he has declined the offer in obedience to his religious beliefs. Now, if a person wouldn't even violate such a principle to win himself a treasure, how would he feel about violating it save someone else a trifle?

Yet as with King Antiochus, there is no corresponding principle on the other side. Sure, most everyone likes free stuff, but there is no divine injunction stating that anyone must compel others to pay for his contraception. So who should bend here and where does the onus belong?

I'll answer that with one more story. A while back a neighbor approached me and requested I modify one of my activities in deference to a desire of his. Now, I considered his concerns trivial and, frankly, somewhat silly. And I certainly didn't have to worry about fracturing any relationship -- he was a liberal and devout atheist, and no dinner invitations would be in the offing regardless. Yet I accommodated him. After all, the concession I'd have to make would be a minor sacrifice, and the issue in question was important to him. It was just a matter of being neighborly.

This brings us to a comment made by "Reverend" Barry Lynn, executive director of Americans United for the Separation of Church and State. After spending the last 25 years defending efforts to purge longstanding Christian symbols, sentiments and prayers from our society by saying that religion is stronger when church and state are separate, Lynn now believes that forcing religious employers to provide contraception coverage is just peachy keen, no doubt because secularism has become stronger. And when supporting his newfound state-over-church principles he said that the contraception issue should not be a "justification for exemption from the laws that apply to the rest of us," as it was "trivial."

Just as eating pork was to Antiochus or my neighbor's concerns were to me.

And this raises an obvious question: since Lynn considers the matter so trivial but knows the other side does not, why does he react less as I did and more as did Antiochus?

Of course, Lynn certainly seems to believe in religious freedom -- as long as he defines its boundaries. And they wouldn't encompass what he considers "bull****," which was how he excrementitiously described the contraception "religious-liberty claim"; moreover, many on

his side point out that religious freedom isn't absolute, as certain religious practices are illegal. But this attitude -- and Obama's mandate -- represent a complete departure from our American understanding of religious freedom. Some churches engage in snake-handling, and there are Amish who will only drive tractors with metal wheels (and who are allowed to do so even though they damage roads). Additionally, the pacifistic Amish (and others) aren't required to fight for the country even though defending one's civilization is among the most important civic duties. The point is that as long as you're not engaging in Aztec-like human sacrifice or female genital mutilation, your deeply-held beliefs will be respected, as a government that doesn't even know what marriage should be is hardly capable of separating silly, superstitious trivialities from sublime insights into subtle truths. At least, that's how it always had been in America.

And Lynn's comments betray his heart. This is because, you see, you don't go to the mat over trivial matters. But you might use a trivial matter as a convenient vehicle through which you can take a hated group to the mat. And with respect to Christians, the Lynn-heads obviously think they can get a pin.

The truth here is that no one is asking the left to make concessions; concessions aren't at issue. If a situation existed wherein you could force a neighbor to donate $10 a month to your cause, but you knew he objected deeply and it would create bad blood, you'd no doubt pay the relative pittance yourself. It's not only the neighborly thing to do, but also simply a matter of not engaging in salt-the-the-wound stealing. But the left is beneath even this. They have served notice that not only won't they try to get along with Christians, they'll do everything they can to not get along with them. Obama and his minions have become King Antiochus.

And we have to wonder what the future holds when they gain more power. If these purveyors of porcine government will feed on American freedom over something so "trivial," what will they do over something they think really matters?