Warning: mysqli_free_result() expects parameter 1 to be mysqli_result, bool given in /var/www/html/americanthinker/admin/common/functions/func.general.php on line 126
 Big Brother is a Slaver - American Thinker
|

Big Brother is a Slaver

Imagine, for more than half a century, American preachers were being told what not to say from their pulpits by an all-powerful IRS. And too many disinterested souls forgot that in politics, continuing to ignore what happens to others may put a noose around your own neck. Now we find that some of our government agencies are monsters under the bed with revelations coming out every day that should wake up the sleeping masses.

People in America, especially the younger crowd, must begin to think hard about what is happening in our government and how it affects them as individuals else they may see the good side gone forever. All conservative thinkers must re-examine their approach to prospective voters.

First, conservatives have to take off the gloves and become more aggressive. And it's time for conservative intellectuals to stop ignoring the religious heritage of our nation. It is that heritage, after all, that gave us a great nation with a determination to do the right thing, no matter the circumstances, and all conservative thinkers need to recognize and respect that part of our history. It is our religious and moral heritage which gives the most credence to our arguments.

We have the best product to sell that the world has ever seen and we can confidently use that fact to counter the leftists' love for ridiculing those who disagree with them. No one should refrain from asking them repeatedly, "Why are you so afraid to discuss the issues openly without personal insults?" And no one should be reluctant to ask an immigrant, "Do you really want a society that is like the one you fled?" We are in a fight for the nation's survival now and fortunately, both the facts and good reasoning are on our side.

Second, we must find new ways to make all potential voters aware that the ever increasing centralization of power in Washington contributes more than anything else to a kind of enslavement for individuals. No doubt, America's age old concern about slavery seems to have become a thing of the past. We must change that. One way is to seize the simplicity of statements that will get the attention of those who have ears to hear. There are none more timely than this:

Big Brother is a slaver. There is nothing American about him.

Certainly, we should never be so staid in our thinking that we cannot learn from the left, at least in the art of communications. We too can use key words and slogans that will convey the conservative message as precisely and as directly as possible. For instance, when the subject of socialism comes up, only about a dozen liberals know that the word NAZI is an abbreviation for National Socialist Party. So tell them. Tell them all. 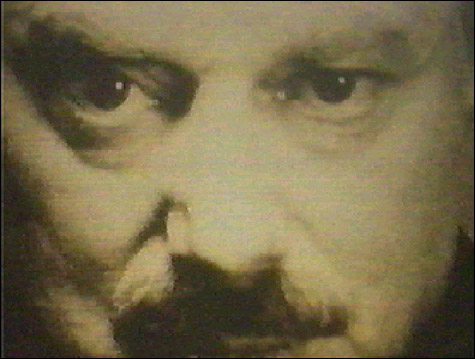 Third, and most important for the long term, the young people should hear plainly that there are few moral concepts on the left that would prohibit lying for the cause. The best example is the deliberate misrepresentation of American History. On this subject leftist lies are endless.

For instance, we have heard the pronouncements that America is not a Judeo/Christian nation and that its governing authorities must honor godlessness. Yet, if that is so, why does our three-hundred-years-old culture present overwhelming evidence otherwise? And why do leftist organizations hide behind doublespeak and spend most of their funds and employ most of their effort to erase our religious heritage from the nation's history?

Simply said, strong evidence of the existence of a fact can often be established merely by the extent and the aura that surround its denials. Consider a few of the most obvious examples: "Creator" and "Nature's God" recognized in the Declaration of Independence, statements by the founders such as John Adams and Benjamin Franklin, the use of Bibles for swearing in of presidents, the use of Bibles for swearing witnesses in our courts, Bibles in our public schools, the Ten Commandments in our public schools and our courthouses, prayers in Congress, FDR's prayer on D-Day, Christian prayers in our public schools, chaplains in the military, Easter vacation, Christmas vacation, In God We Trust on our currency, The Battle Hymn of the Republic, God Bless America, and veterans' crosses at Arlington, Normandy, everywhere.

The left's rejections of these proofs are so specious and sometimes so meanspirited that you wonder what really drives them. Obviously, their enormous use of duplicity and doublespeak goes hand in hand with the leftist stance on morality. Moreover, to ignore the tragic history of the nations that have evolved into societal godlessness is to lie to one's self. Liberals do that a lot.

Most certainly, it is a time to force some straight talk about citizenship for illegal immigrants. First of all, American generosity to other people is well established; that should not be a part of the issue. Here, liberals lie on two points. One, they make their effort appear to be for purely humanitarian aims. Two, they consistently misrepresent their opponents as being against the poor. Yet, in the face of such blatant duplicity, only a few conservatives are willing to openly accuse the leftists of trying to build a one party system by increasing the size of their voter base. Buying votes with tax money? Why the timidity on such an extremely important point?

One of their most successful prevarications is the claim that liberals believe in diversity. In truth, they know that people who are all the same can be treated like little robots and therefore are easier for the elite to rule. North Korea comes to mind. Individualism has always been a threat to the elite so they demand that our cultural differences be melted together and that the designs of our lives must all be court approved.

Thanks be to God that in this country some of our basic legal precepts are aimed at protecting our true diversity. Though the people and their culture in Massachusetts are vastly different from the people and their culture in Texas, America's custom of decentralizing federal power with the Tenth Amendment has often protected some fascinating differences in the land of the free.

Want to argue workable gun control in America? We can resolve most of the Second Amendment concerns just by removing the issue from the eager purview of the federal government. Here, the left should be forced to kick the habit of using every American tragedy as an excuse to center more power in Washington. Let Massachusetts outlaw guns, knives, and bombs and let Texas outlaw outlaws.

Clearly, such concepts, thoughts and arguments are not all that worrisome just now to liberals, socialists, and the so-called moderates who secretly salute the leftist cause. But the more that a person is forced to actually think about such things, the scarier it all becomes. Think about this for a moment: with the increasing talk about the computer games that are going on in Washington, how far are we now from someone playing those games with the software in our voting machines? Worst scenario: that conservatives not say a discouraging word.

There is so much at stake now. And it's not just a job for the political figures or the professional communicators in the media. Rather, the responsibility lies with every single one of us. Lest we forget, many thousands have given their lives just so each of us could have the right and the responsibility to do our duty.

Meanwhile the nation's clock is ticking.