Warning: mysqli_free_result() expects parameter 1 to be mysqli_result, bool given in /var/www/html/americanthinker/admin/common/functions/func.general.php on line 126
 Will the Real Traitor Please Stand Up? - American Thinker
|

Will the Real Traitor Please Stand Up?

Okay, who is the real traitor? Is Edward Snowden a heroic whistleblower or a traitor? Well, maybe Snowden is a bit of both. He is both a hero and a traitor, arising from different aspects of his dramatic actions. Snowden was a computer whiz and former Booz Allen contract employee handling secret work for the National Security Agency (NSA). If Snowden crosses over to revealing real substantive secrets to China and Russia, obviously that will be a horse of a different color.

On June 18, the NSA Director told us that "these programs" stopped specific threats of terrorism. Approximately 50 acts of terrorism were prevented. Whoa, there, cowboy! Yellow penalty flag on the field! 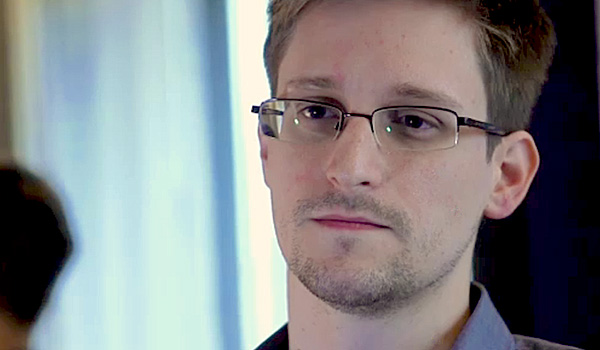 We're not talking about "these programs" -- but about one program in particular. Obviously, there are some NSA programs that are appropriate. Some NSA programs do exist that certainly helped stop terrorism. If you didn't catch that dishonest scam, you need to sharpen your bureaucracy recognition skills.

Alexander lumped together appropriate and effective NSA programs with inappropriately, offensively, and stupidly collecting all telephone calls of all American citizens indiscriminately. The NSA dog and pony show (Alexander brought a supporting cast of characters) tried to deceive Congress and the American people in order to justify the unconstitutional and inappropriate NSA surveillance that Edward Snowden revealed.

In effect, Alexander is arguing that anything and everything the NSA wants to do has to be accepted and supported, if there is something somewhere that the NSA does that helps keep the country safe. Everything goes. We are not allowed to make a distinction between some NSA activities which are more offensive than others.

Alexander's team offered us a burlesque fan-dance striptease in the hearing. While saying they can't bare all, they tried to show enough leg in between the moving fans to keep the customers interested and the money flowing. Yet the examples prove how unconstitutional the NSA's intrusions into our privacy really are.

Every striptease glimpse the NSA and FBI offered underscored why they are scoundrels: They gave examples of international telephone calls across borders. Yet the surveillance program that Snowden exposed monitors purely domestic phone calls wholly within the United States.

They described situations in which there is probable cause to believe that a person is involved in terrorism, or talking to a known terrorist (across borders). Yet the surveillance Snowden exposed occurs without any probable cause. The NSA is snooping on everyone indiscriminately. So the glimpses they gave us were not a pretty sight. If there were probable cause, then there wouldn't be a controversy. 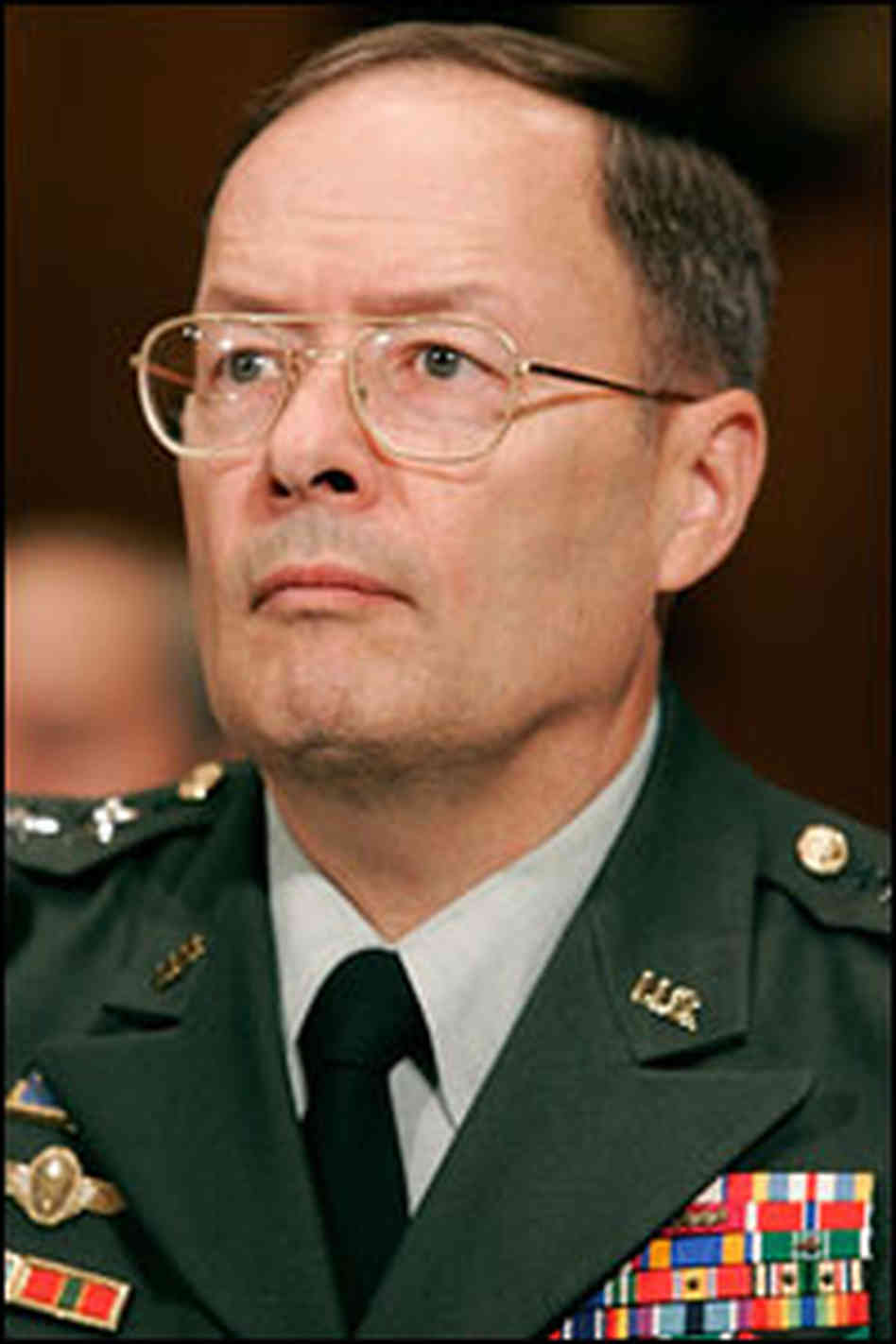 A little old lady caller to C-SPAN asked the killer question: Have there been any prosecutions if the NSA detected and stopped 50 terrorist plots? You know the answer. Further, all of this highlights the difference between Obama and Bush. Bush's activities -- as far as we know -- only involved international phone calls across our borders and only focused on specific, identifiable individuals under suspicion. Obama's Administration is targeting the entire U.S. population (at least those with telephones).

President Barack Obama, leading student of Clintonian double-speak, tells us that we need to strike a balance between our privacy and keeping the country safe. We already struck that balance. It's called the Fourth Amendment to the U.S. Constitution. Our Founders struck a balance between privacy and national safety and protection from crime. The Fourth Amendment speaks eloquently for itself:

The right of the people to be secure in their persons, houses, papers, and effects, against unreasonable searches and seizures, shall not be violated, and no Warrants shall issue, but upon probable cause, supported by Oath or affirmation, and particularly describing the place to be searched, and the persons or things to be seized.

But Obama plays an old Clinton trick. When your violation of a rule is exposed, change the subject and demand a conversation about developing a new, perfect rule. Ignore the fact that you violated the existing rule, by talking about what the perfect rule might be.

Some are trying to cry "Look over there! A cloud shaped like a bunny!" to distract people from the real issues. Do you have privacy rights in telephone call data, since that data belongs to the telephone company?

Then on June 18 Alexander joined James R. Clapper, Jr., Director of National Intelligence, in committing perjury in a Congressional hearing before our very eyes. Snowden claimed that NSA technicians -- like him -- can listen in to anyone's telephone conversations any time they want. He announced this in his now-notorious news media interview from a Hong Kong hotel.

Yet on June 18, Gen. Alexander denied in the Congressional hearing that NSA staff can listen in on phone calls. Or did he? The Obama Administration is answering that question in terms of what is legally permitted -- not what is actually possible.

"You got the right answer to the wrong question!" legal consultant Norm ("Storm") Bradford loves to bellow. Notice the shell game: Snowden didn't say it was legally permitted. Snowden said he could do it -- technically (while he still worked as an NSA contractor). In response, the administration says it isn't legally allowed. They are not talking about whether it is technically possible.

It's a "Non-Denial Denial" perfected by the Clinton Administration. They are answering a question different from the one being asked. Such evasion can actually convince us that they have something to hide, that they are in fact guilty.

But then when pushed to the line, Alexander told a whopper, which snuck past most observers: When asked if it is technically possible, Alexander answered no. But let's recall that James Clapper told a similar flat-out lie to Congress on March 12, 2013, when he said the NSA isn't doing what Snowden now revealed that it is in fact doing.

The NSA and the Administration admit that if they get a court order, they are allowed to listen to the content of telephone calls. So it is possible. What Snowden says is clearly true. If the NSA got a court order, of course they are technically capable of listening in. So what's to stop an NSA technician -- like Snowden -- willing to ignore the law from listening in on anyone he wants?

Many say Snowden helped our enemies. Hogwash. Anyone engaged in terrorism, espionage, or crime already knew that the government can get a warrant -- based on probable cause -- to wiretap their phones and even plant a hidden microphone. This changes nothing for people engaged in "probable cause" eligible behavior. And, they will never know if the government is on to them.

So is Snowden a scoundrel or a political savior? When faced with the same violation of the U.S. Constitution, Edward Snowden chose the Constitution over his job and his life. Gen. Alexander chose his job over the Constitution. This is why Snowden inspires (hesitant) admiration. But perhaps there are no angels in this story.