Warning: mysqli_free_result() expects parameter 1 to be mysqli_result, bool given in /var/www/html/americanthinker/admin/common/functions/func.general.php on line 126
 The Radicalization of the Church - American Thinker
|

The Radicalization of the Church

For decades, radical left theology has been making gradual inroads into the nation's churches. Inserting the God factor has granted a divine imprimatur to leftist tenets, something secularist political organizations can't match. Congregants who attend Main Line liberal houses of worship (Methodists, Presbyterians, Congregationalists, Episcopalians) have been led to assume God has given the nod to policies endorsing political correctness, radical feminism, abortion, same-sex marriage, redistribution of wealth, multiculturalism and other leftist causes.

Devoted churchgoers may have noted the politically-correct linguistic gymnastics which have been and still are bending scripture, liturgy, and hymnody to the left. The bible has been scrutinized for patriarchal heresies and changed to accommodate radical feminism. God is to be referred to only in gender neutral terms, never as "He."

As the LA Times noted, the Episcopal hymnal of 1982 eliminated male imagery of God as Father, Son, and Holy Spirit, replacing it with gender-free terms such as Creator and Redeemer. "Militaristic" hymns such as "Onward Christian Soldiers" were to be eliminated. The hymn "Rise Up, O Men of God" was retained, but was changed to read "Rise Up, Ye Saints of God." Matters are even more advanced across the pond in England, where a hypersensitive vicar piously eliminated the singing of "O Little Town of Bethlehem" because he believed "the words did not reflect the plight of current occupants of Jesus' birthplace." The revisionism aimed at accommodating the sensitivities of perpetually aggrieved groups apparently will continue until the Judgment Day no one believes in any longer.

The capitulation to multiculturalism was on full display in the 2010 opening ceremonies for the Presbyterian Church USA General Assembly. The convocation's worship service included a processional led by devotees dressed as buffalo, eagles, skunks, rabbits, and wolves performing Native American rituals perhaps best dedicated to worship of the Sky Father rather than to Jesus Christ. 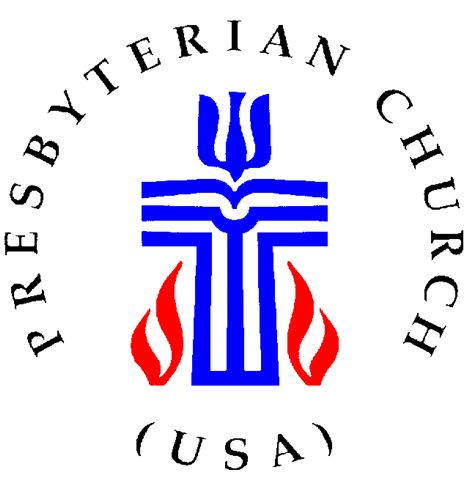 According to the Aquila Report, a conservative publication devoted to what remains of orthodoxy among Presbyterian and Reformed churches, moderator Bruce Reyes-Chow preached a "lively sermon." He concluded the aging trend of the membership could be reversed if the church would forsake the old way of being Presbyterian and open itself to a new way of being Presbyterian. "We have no idea what that's going to be, in fact we're going to open ourselves up to the possibilities God may have for us."

The good reverend just might have something there. Attracting younger folks might not be too difficult if little Johnny can entertain any notion of what it means to be Presbyterian, including coming to church dressed as a giraffe; or, should current political/theological trends within the denomination continue their inroads, as a girl.

But perhaps no observer should have been surprised at grownups parading as animals in supposed honor of Native American heritage, as the PCUSA has suffered through more than one heretical kerfuffle inspired by the latest leftist fads.

In 1994, radical feminists within the PCUSA conducted ceremonies featuring the worship of Sophia, goddess of wisdom. According to the New York Times report on the meeting, the Sophia devotees prayed, "Our maker Sophia, we are women in your image; with the hot blood of our wombs we give form to new life. With nectar between our thighs we invite a lover," they continued, and "with our warm body fluids we remind the world of its pleasures and sensations."

The Times author wryly noted, "Phrases like that may be familiar to devotees of feminist religious rituals, but they are likely to stop conversation at the average church picnic."

Apparently calling on Sophia to provide male lovers was found too limiting by some. One speaker called for "lesbian, bisexual and transsexual women to join her onstage. The audience applauded as about 100 women answered." The speaker of 1994 would be pleased to know that in 2011, the denomination voted to allow openly gay and lesbian clergy.

As Mark Tooley of the American Spectator reports, transgenderism is now permeating the liberal churches. He writes, "Last year's Episcopal General Convention officially affirmed transgendered clergy, protecting against 'discrimination' based on 'gender identity and expression.' One bishop celebrated with a transgendered themed prayer: 'Spirit of Life, we thank you for disordering our boundaries and releasing our desires as we prepare this feast of delight,' she began. 'Draw us out of hidden places and centers of conformity to feel your laughter and live in your pleasure.' "

Tooley adds the PCUSA, apparently anxious not to be outdone by their Episcopal brethren, now has one Presbyterian clergy who is "a post-operative transsexual from male to female, additionally now professing to be lesbian and married to a woman." The reduction of the PCUSA and other Main Line denominations to what is increasingly a leftward leaning sideshow might be hilarious if it were not more heartbreaking than funny. The church, now increasingly committed to a paganism characterized by what should be acknowledged as a sex cult, was once an august institution deeply rooted in an orthodoxy firmly planted in biblical soil.

The Presbyterian Church, along with Reformed churches, was at one time profoundly influenced by a Calvinism that characterized the thinking of men such as Abraham Kuyper. Kuyper articulated a powerful Christian worldview that was to influence the thinking of Cornelius Van Til at Princeton and Westminster Seminary. Kuyper insisted Christians needed to have a Christian way of looking at all spheres of life and culture -- personal, church, and public. His Stone Lectures, given at the now left-leaning Princeton Theological Seminary, have retained their relevance, particularly for the world of politics, in which Kuyper was heavily invested.

In view of it's the vast reformed heritage, a heritage that included such theologians as Charles Hodge and B.B. Warfield, just how the PCUSA has been reduced to such trendy trivialities is hard to comprehend.

Syncretism, sometimes called the most powerful enemy of the Church, is what happened.

Basically, the PCUSA allowed the increasingly radicalized secular culture surrounding it to speak into, inform, and ultimately to define the Church. It forgot its biblical roots and jettisoned the historic theological view that the Church is to speak to the world, not vice versa.

Liam Goligher, current pastor at Philadelphia's 10th Presbyterian Church, which split from the PCUSA, puts it this way:

When Tenth left PCUSA, the principle objection lay with authority. In the end what rules the church? Is it culture or is it scripture? Tenth took its historic commitments seriously and submitted to the supreme authority of Scripture as God's word written. [...] It is Tenth's clear and unadorned adherence to biblical orthodoxy that has led to the 'trumpet giving no uncertain sound.' It means preaching and worship ring with certainty and authenticity and where others are swept here and there by the changing tides of cultural change, Tenth has remained firm and secure in the rock of God's revelation.

The Church has traditionally believed in a God who has revealed himself in scripture and a God whose authority transcends all times, places, nations, empires, and their governments. This means any church still committed to the idea of a transcendent and sovereign God who has spoken and who has laid down irrevocable rules for the conduct of mankind will inevitably find itself in continual conflict with secularist thinking and structures.

Unfortunately, if the impulse of the Main Line denominations has included a syncretism that includes worshipping a pantheon of gods and goddesses, the response of the conservative churches to the relentless pounding of a left-leaning, secularist world view has often been flight rather than fight.

Many conservative churches have attempted to separate the Church from politics and the culture in general by adhering to a reductionist theology that speaks of personal salvation only; and by creating a neo-monastic, isolated subculture that is a sort of preserve or a safe house for Christians amounting to a full-fledged retreat from encounters with the surrounding culture.

The other reaction too often has been a focus on minutiae coupled with a reluctance to articulate and expound a comprehensive Christian world view that includes such areas as politics, economics and the arts. Many times conservative churches have exhausted themselves in pointless fights. One such fight, for example, involves adherence to the tenets of the Temperance movement. In many conservative churches, grape juice rather than real wine is routinely used for the sacrament of Holy Communion lest teetotalers are offended. Congregations actually have split over such issues, thus proving that those who refuse to be troubled by large matters will inevitably be troubled by small matters.

The Church fails when it focuses on the little stuff while ignoring or lightly addressing world views that are inimically opposed to her beliefs. Currently, neo-gnosticism, secularism, modernism, and relativism are some of the "isms" challenging the Church. Failure to detect and to confront what are essentially ideologically hostile takeovers has resulted in a slow syncretism that has softened and eroded the radically prophetic and culture changing nature of both Judaism and Christianity. The consequence: A new Hellenization has succeeded in changing -- and in some cases completely assimilating -- Christian culture and identity.

Archbishop Charles Joseph Chaput of Philadelphia is one Native American who undoubtedly would not have joined in the skunk, rabbit, and giraffe parade of the PCUSA. He recently spoke of the necessity of resisting syncretism and the need to fight to retain the cultural identity and influence of traditional Christianity in the midst of what is increasingly a hostile environment:

The world we [Christians] live in is not a friend of the gospel ... It has contempt for Jesus Christ, contempt for the Cross, and contempt for the people who carry their own cross and follow him. Christians now live in a world which is not only inimical to God, to His Son and to the Christian lifestyle, but openly hostile and aggressive towards those who are attempting to live in accordance with God's plan for humanity. They are constantly bombarded with propaganda vilifying them and promoting sinful conduct and evil of every kind in the name of freedom and equality. In addition, the laws of the land are increasingly compelling Christian institutions and individuals, under pain of prosecution and punishment, to act in a manner directly contrary to the divine law.

As Russell Shaw has noted, the problems that confront orthodox Christians cry out for the establishment of a new and viable Christian culture. At the heart of this establishment is a need for Christians to acknowledge and profess that they are not like everyone else, to stand up for their unique identity, an identity that distinguishes and sets them apart from secular society. Rather than absorb and mimic the contemporary cultural milieu, the Church must do the hard work of re-establishing and defending orthodox Christian theology and Christian institutions while defending both from the ongoing inroads of the almighty State.

The endeavor is daunting. But the work must be done lest the Church continue to fall prey to ideological phantasms bearing little or no resemblance to the Christianity that at one time had and still has the spiritual power to be a light that changes the world.

Fay Voshell holds a M.Div. from Princeton Theological Seminary, where she was awarded the Charles Hodge Prize for excellence in systematic theology. She is a frequent contributor to American Thinker and other online publications. She may be reached at fvoshell@yahoo.com