Warning: mysqli_free_result() expects parameter 1 to be mysqli_result, bool given in /var/www/html/americanthinker/admin/common/functions/func.general.php on line 126
 The God That Continues to Fail - American Thinker
|

The God That Continues to Fail

In response to an article that I wrote about Coptic Christians in Muslim countries, Cuban poet and translator Juana Rosa Pita contacted me. An author of over 20 published books of poems, her poetry has been featured in literary magazines and anthologies. When I learned of her background, she graciously responded to my request for more information about Cuba. She recounts how with her 4-month old child in tow, she left Havana on June 20, 1961. Although she was halfway through her studies of Philosophy and Letters at the University of Havana,

two and a half years had been enough to see more than a harbinger of things to come. The last months were actually very distressing: all the prestigious professors from the University of Havana not in agreement with Communism and with the tyranny of Fidel Castro had been expelled and some of the famous 'Comandantes' had mysteriously disappeared, or were either imprisoned or killed under the newly installed death penalty for crimes against the powers of the state.

an infamous law was implemented under which, ironically, not too long after having signed it, the Minister of Justice Humberto Sori Marin was himself executed. Till then a hero, [Marin] had fought Batista but had dared to criticize the tyrant [Castro] for the exclusive power given to the Communist Party.

...one of the most prosperous and literate nations of Latin America (second only to Argentina), was already on its way to institutionalized oppression and misery.

Ms. Pita explains that the Cuban people were "victims of what Jean Francois Revel called the 'golden legend of Communism'" too often propagated by the so-called "free press" and most of the "progressive intellectuals" who still overwhelmingly influence students in universities.

Thus, as Ms. Pita emphasizes, the "ideological poison had been already administered by asymmetrical warfare: systematic misinformation about the past, denial of the true reality underneath the propaganda, obscuring the facts and delaying the damaging reports, in order to protect a tyrannical regime that, already in the second year of its ascent to power, had dismantled all democratic institutions in Cuba."

Those who did not emigrate from Cuba often faced torture and murder in Fidel Castro's jails. Against All Hope: The Prison Memoirs of Armando Valladares reveals the "two decades on the Island of Pines" by a "24-year old Postal Savings Bank bureaucrat" who was "dragged from his home in the middle of the night -- arrested and thrown into one of Castro's prisons for daring to oppose Communism." In fact, Pita recalls that "thousands of persons were executed, imprisoned or forced into exile, many of whom had fought to oust Batista and restore the democratic rhythm granted by the Constitution of 1940." They wanted a return "to free elections which had been on hold since the 1952 coup d'etat."

Is this not exactly what Obama and his cohorts use to color, camouflage, and cover up when speaking to an American audience who cannot see through the vacuous profundity and who never experienced the horrors of Communism. Thus, "at the time [the Cuban Revolution] reflected more the hopes and aspirations of the liberal and leftist academic communities than those who early on felt the heavy boot of the Castro regi 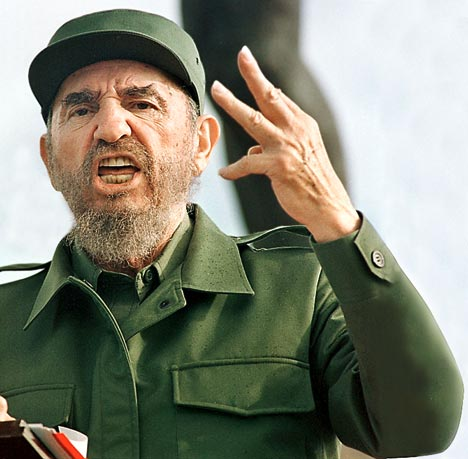 Now, almost 50 years later, is America reaching the tipping point when Obama's transformations create a society where "the laws of entropy" are greater than the laws of the Constitution? For without Constitutional protections and, thus, the basis for opportunity, the system may not be "readily toppled by economic rationality."

After all, Castro and his associates were "able to maintain ideological fervor and street-level mobilization" resulting in a "spiraling political economy." It really does come down to the "economy, stupid." But will the American people wake up? Or will it be the complete culmination of the 1960s "expansion of New Left thinking in the United States?"

In the November 2012 National Geographic piece by Cynthia Gorney entitled "Cuba's New Now" one is reminded that the Cuban people still live "in a one-party state in which people get roughed up or arrested or excoriated as mercenaries for criticizing their leaders too vigorously [.]" Or where "buildings that were once beautiful and grand are rotting in the tropical air, and the country has no money to repair them [.]" And where "for the first time in decades Cubans are allowed to buy and sell houses and apartments."

Cubans still "receive ration books that secure staples like rice, beans, and oil at low prices." Furthermore, people are treated as subjects -- thus, a few years back "all Cubans had to switch to lower watt fixtures in the interests of energy independence and the environment." But officials "would come to check [and] would break [the] old bulbs, in front of [a person], to make sure [someone] didn't sneak any back into [his or her] lamps." Thus, one elderly Cuban lady said, "the idea was marvelous, to change all the light bulbs." But "the problem is how they did it."

One learns that "about 80 percent of Cuba's labor force works for the state." In fact, the workplace philosophy that this inspires equates to "they pretend to pay us, while we pretend to work." Recall that under Obama, welfare entitlements have soared.

In the National Geographic article, the author met an emergency physician whose "medical salary was fixed at [approximately] $32.72." Though he owes nothing for his professional education and his son's schooling is free, his life is quite "ascetic." Thus, "many Cubans no longer practice their professions because years of study -- in engineering, [or] medicine -- produced salaries in a currency that's worthless." Is this what is in America's future as college graduates cannot find employment? Furthermore, young Americans are going to be disproportionately affected by ObamaCare.

Thus, Ms. Pita stresses, Castro's lies robbed the "people of Cuba of their civil, political, economic and most basic human rights and liberties of choice, expression, press, movement, [and] religion."

Author and philosopher Eric Hoffer (1902-1983) wrote in "Popular Upheavals in Communist Countries," that "the totalitarian brand of tyranny has perfected an awesome technique for stripping the individual of all material and spiritual resources which might bolster his independence and self-respect. It deprives him of every alternative and refuge..." (77-78).

Horowitz in his essay "Rocky Shoals of Reform: Castro and the Caudillo" from The Long Night of Dark Intent: A Half Century of Cuban Communism states that "the expected death of Castroism becomes the ultimate irony and penalty of foisting upon a decent people a truncated Marxism-Stalinism, making endless appeals to personal sacrifice... instead of governing through modest guidance and the presumption that human beings are quite capable of determining their own lives" (563). 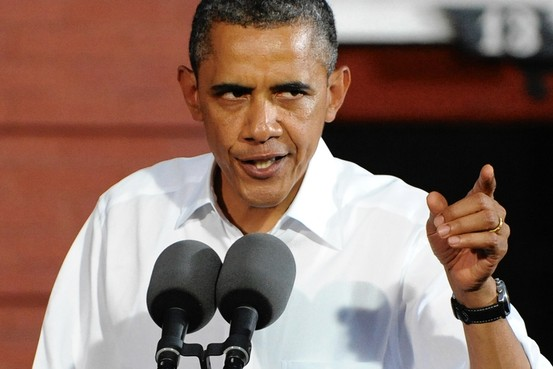 And yet under Obama, concerned Americans wonder why the government is spying on them; why the administration is not forthcoming concerning Benghazi and Fast and Furious; why the IRS has such unbridled authority; why certain political groups have been targeted by this administration. Consider recent concerns about a soft coup d'etat by Obama!

In fact, "Obama's agenda is ...a socialist agenda, a form of Marxism Lite." As such, Obama finds American ideals and ideas distasteful. Demagoguing black and white conservatives, Tea Party groups, the economically well-to-do, and entrepreneurs is integral. The Occupy Wall Street and ACORN have repeatedly proven their worth to Obama as they erode the truth with lies and obfuscation of his overarching agenda. Obama thwarts American law and tramples the Constitution at every opportunity." What does it say about a leader who states "They bring a knife, we bring a gun" retort or his "gonna punish their enemies" comment. Moreover, Obama is influenced by Muslim Brotherhood operatives who seek the demise of America and whose sharia law exemplifies the absence Constitutional freedoms.

Dr. Ileana Johnson Paugh, who survived Roumanian Communist totalitarianism, writes that "[d]uring incipient communist regimes, the general population foolishly supported the wave of change that promised to fundamentally alter the balance of power and bring wealth and prosperity to the masses by expropriating and stealing from the 'undeserving rich'" (Liberty on Life Support 72). From day one, Obama has sought to divide people through class warfare.

The 44th president never admits wrongdoing by his staff. Instead, he rewards them. Lawlessness is the operating baseline of this administration. Will we listen to the impassioned words of Manuel Martinez who escaped communist Cuba as he described how "malicious" individuals "masquerading as Democrats came into power in Cuba" and ultimately "disarmed the citizenry and established a bloody regime"?

The hourly exposure of ObamaCare mandates repeatedly prove that this law has absolutely nothing to do with improving health care and lowering its costs. But it does have everything to do with yoking us to governmental dictates about our health care decisions and relationships with our medical care providers.

When someone dares to expose the facts and the evidence, the Obama tentacles of power reach out to quash that individual. The Associated Press learned what Fox News has understood for years. The IRS and the NSA powers of privacy invasion are a totalitarian's dream on steroids where "lies subvert democracy."

People still flee communism, as evidenced by this May 2012 article by Walter Russell Mead at the American Interest. Yet, Raul Castro, who took over the reins of power from Fidel in 2008, sees his mission as "regime survival" via "nondemocratic institutions, run by Raulista technocrats."

Poignantly, Juana Rosa Pita writes that "[w]hat caused us Cubans to become even more hopeless, was the unwillingness or inability of the Western World to realize that the so called Olive-Green Revolution was but the newest avatar of the old Red Marxist-Leninist totalitarianism, adopted by a Caudillo type leader in order to guarantee his personal hold on power over the nation from then on.

Is the curse of America its "refusal to learn from the past?" We have been warned "what can befall a people and a nation when one man, one party, one movement, one system, one plan, and one ideology, are granted absolute power." Will we fall victim?