Warning: mysqli_free_result() expects parameter 1 to be mysqli_result, bool given in /var/www/html/americanthinker/admin/common/functions/func.general.php on line 126
 The European Union vs. Turkey - American Thinker
|

The European Union vs. Turkey

In an uncharacteristic action on June 13, 2013, the European Union belatedly earned its credentials for the Nobel Peace Prize it had been surprisingly awarded on December 10, 2012. The European Parliament (EP) passed a non-binding Resolution on the situation in Turkey [2013/26664(RSP)] stating that the Turkish police had used excessive violence in an effort to disperse a group of demonstrators that had been protesting against the planned felling of trees for a new construction project in Istanbul's Gezi Park in the Taksim Square area.

It was of course well known by this time that the police intervention in Istanbul had led to clashes with the protestors, and that the protests had spread to more than 70 cities in Turkey. Using tear gas, water cannons, plastic bullets, and pepper spray, among other things, the police action had resulted in a number of deaths, thousands wounded, mass arrests, and severe damage to private and public property. Doctors and lawyers who helped the protestors had been detained. Police brutality had been reproved by media in Europe and the U.S., but the Turkish media had remained virtually silent about the excessive violence.

The protests, which gained widespread support among different social and occupational strata of Turkish society, and among men and women equally, had gone beyond the issue of Gezi Park. The protests became linked with governmental and legislative decisions which imposed restrictions on the sale of alcohol, instituted educational changes that stressed religious precepts, limited abortion, and made the recommendation that women have at least three children. Protestors also were critical of the lack of representation of minority voices in governmental decision making, inadequate fair trial and due process procedures in the judicial system, restriction of the rights of minority groups, and the controversial behavior of Prime Minister Recep Tayyip Erdogan. 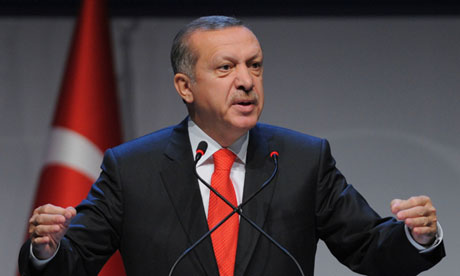 For the European Union, all these events have been particularly troubling. When Turkey applied to join the EU in 1987, its membership was denied, but in 1999 the country was given the ambiguous status of a EU candidate, a status that is still under discussion. A member of the EU has an obligation to respect and promote democracy. The EU is aware that Turkey has violated the fundamental principles of freedom of assembly, freedom of expression both in person and on line, and freedom of the press. It is not likely to accept a country in which police invade private homes to arrest people or monitor social networks.

What was most surprising in the EP Resolution is the language in which it voiced its criticism. It spoke of its "deep concern at the disproportionate and excessive use of force in response to the peaceful and legitimate protests." This language hitherto has only been applied to almost every action of Israel in its self-defense against terrorist attacks. It was therefore noteworthy that, for the first time, the term "disproportionate behavior" was applied to another country, this time Turkey.

The contrast in response to criticism is striking. When criticized Israel has analyzed its behavior and has sought to remedy its alleged mistakes where appropriate. Erdogan, on the other hand, has been unwilling to admit any major mistakes or to apologize (an act he demanded of Israeli prime minister Benjamin Netanyahu several months ago at the instigation of President Obama), for the violence. Instead, he accused the protestors as being responsible for terrorism, violence, and vandalism. He called the EP undemocratic, and refused to recognize its resolution as legitimate. He attacked the social media, particularly Twitter, which he regards as a menace.

On a broader level, Erdogan has accused the Western democracies of hypocrisy and "double standards," saying that police in Europe and the U.S. have used similar methods in dealing with protestors. Fantasy if not acute paranoia has taken hold. The Turkish foreign minister equated the Wall Street protestors with those in Gezi Park. On June 21, 2013 the mayor of Ankara, an associate of the prime minister, posted a note that the protests were part of an attempt by the American "Jewish lobby" to undermine the Turkish government. The "Jewish conspiracy" appeared to consist of the usual suspects, all Jewish neo-conservatives, who had attended a meeting of the American Enterprise Institute, which he asserted equally bizarrely was a branch of the American Israel Public Affairs Committee.

But some non-Jews were also guilty. Erdogan blamed Germany and France, more particularly former president Nicolas Sarkozy, for blocking Turkish admission into the EU. Not surprisingly the EU cancelled a parliamentary visit to Turkey, saying that the country should know how to deal with criticism.

Turkey has claimed to be a democracy and indeed an advanced democracy. It has been admired as a model for moderate Muslim regimes to emulate. But it is not the inclusive, pluralist kind of Western democracy in which the majority party in power attempts, in varying degrees, to consult with opposition groups or include them in decision-making. The media silence in Turkey is noticeable. Already, 49 members of the media are in prison for journalistic-related reasons, a larger number than in any other Middle East country. Erdogan's Turkey is not dedicated to the principle that all people are created equal, politically or culturally.

Erdogan, who was elected in 2011 for the third time in free and fair elections, is now planning, after the next election in 2014, to change the political system from its present parliamentary form to a presidential system in which the elected president would have strong powers, and separation of powers and checks and balances will become less meaningful.

There is no question that Turkey until recently has been favorably regarded by the United States. Its strategic importance is understood and it is a member of NATO. While Erdogan and his Justice and Development Party (AKP) have been in power since 2002, the economy has grown by over 40 percent. But the central problem is that during this period Erdogan has become increasingly authoritarian, making decisions in more isolated fashion, and taking Turkey in a more Islamic direction. His attitude has been one of antagonism towards the West, not engagement. Moreover, this attitude, which accompanies his increase in authoritarian behavior, has been demonstrated openly, not in a subtle quiet manner.

Erdogan, in spite of Turkey's membership of NATO, has been assertive in making clear his disagreements with the West. In June 2010 Turkey, which has illegally occupied part of Cyprus since 1973, was one of the two nations to vote in the UN Security Council against the tightening of sanctions on Iran, thus undermining diplomatic efforts on the issue. Paradoxically, Erdogan today is confronted by aggression from the Assad regime in Syria, strongly supported by Iran.

In 532 A.D. the Nika riot, the most violent in the history of Constantinople, was started over a minor issue, a dispute over a chariot race. In response, on the orders of the Emperor Justinian, half the city was burned and more than 30,000 people slaughtered. The United States and Europe must help prevent a similar outcome over the original minor issue of razing a public park to build a shopping center.

The EU is not normally regarded as a bastion of political courage. However, in its strong concern about excessive use of force by Turkey it has shown that it can act bravely rather than appease a ruler engaged in brutal behavior and illegal state violence. It has also shown that international bodies do have the capacity and will to criticize countries other than Israel.