The Enemy is Us

It's great for President Obama to grandly assure the world that "This war, like all wars, must end." That's what liberals have been wanting to do since about ten minutes after 9/11. But the president wants to hedge his bet. For political reasons, if nothing else, he wants to be sure that there isn't a repetition of 9/11. So there will be no end to the war at the NSA.

If the president wants to end the war on terror while keeping the intelligence apparatus on a full wartime footing, it's a problem, according to Walter Russell Mead.

Here's the big problem: to the degree that the strategy works, and the public begins to feel safe and the war atmosphere fades, the intelligence work and the drone strikes that the strategy requires look less and less justifiable. After all, the President's message is that the threat is under control and the terrorists are on the run. Why then is the NSA tapping every phone and reading every email in the country?

If the war has ended, there is no justification for massive and intrusive eavesdropping on Americans any more. No war emergency means no need for emergency war powers. 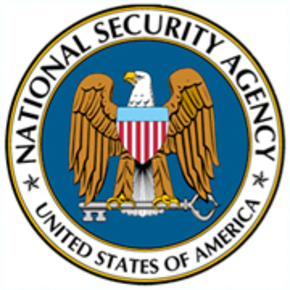 Of course, it could be that the NSA really needs all that signal intelligence to detect the bad guys. Or it could be that it's much easier for intelligence agency bureaucrats to build huge computer databases and huge data-mining operations rather than do the difficult and dangerous job of identifying and penetrating terrorist cells.

There is another reason to curtail emergency powers in peace time. It is that the government will find a reason to use its powers. To a politician, a domestic opponent is just as much of a threat as a foreign enemy. That's what the IRS scandal is all about. Normally, the IRS agents would be sitting around counting the days until retirement and merely going through the motions of vetting 501(c) applications. But if there's a war, I mean an election, to be won, that's different.

So as sure as eggs is eggs, the government will end up using the NSA data for the harassment of its domestic opponents. Unless we stop it now.

It's lucky that we have the IRS scandal right before our eyes, otherwise the MSM would tell us that we ought to trust the government, and reject those voices that warn that "tyranny is always lurking just around the corner." According to President Obama: "If people can't trust not only the executive branch but also don't trust Congress, and don't trust federal judges, to make sure that we're abiding by the Constitution with due process and rule of law, then we're going to have some problems here."

You can see the president's point. If everyone was skeptical of government then pretty soon it wouldn't be able to do anything, not even run a bankrupt pension plan, educate kids badly, or keep the poor in multigenerational dependency. How then could an honest politician buy votes?

If you want to understand the Obama administration and the Obama scandals you should start with James C. Scott and Seeing Like a State. Jonah Goldberg says that Seeing "left a lasting impression" on him; it certainly did on me.

All governments, according to Scott, want to make their people "legible" so that they can be taxed and controlled. That is why we have censuses and income taxes; they make us "legible." So governments always want to collect more data on their subjects. The collection of cellphone "metadata" is merely the ultimate project in legibility.

Here's a concurring view from James J. Sheehan's German History 1770-1866, that I discuss in "Government and the Technology of Power."

Money -- for whatever purpose -- was the dominant force behind the construction of the modern state... To support their courts and pay their soldiers, rulers needed a steady, inexhaustible supply of income... Taxation required that rulers penetrate their territories more deeply than ever before, and thereby cut through or circumvent the web of institutions separating them from their subjects.

The only real job for a government is to make war on enemies, foreign and domestic, but liberals don't want to make war on foreign enemies, and they don't want to enforce the law on domestic enemies, the common criminals. Yet government must have a war, otherwise it can't justify its power and its expense. So liberals look around them for something to fight, and the first thing they see is corporations, conservatives, gun owners, Chick Fil-A.. And it sure would help to have all that NSA metadata.

We have met the liberals' enemy, and he is us.

Christopher Chantrill (mailto:chrischantrill@gmail.com) is a frequent contributor to American Thinker. See his usgovernmentspending.com and also usgovernmentdebt.us. At americanmanifesto.org he is blogging and writing An American Manifesto: Life After Liberalism. Get his Road to the Middle Class.