Warning: mysqli_free_result() expects parameter 1 to be mysqli_result, bool given in /var/www/html/americanthinker/admin/common/functions/func.general.php on line 126
 Is it Still 1984? - American Thinker
|

Which of the latest Obama scandals annoys you the most? Me, I haven't gotten over Obamacare yet. Or the Sandy Hook attack on the Second Amendment. But lately my money's on the Big Brother scandal. That bothers me a lot. It's 2013 and we're sliding back to 1984. Big Brother Obama is watching you. But all of the scandals share a common element. They show the pattern -- the signature -- of how this administration operates. And I wonder how many people have picked up on it yet.

Obama told us the September 11, 2012 attack on the Benghazi "diplomatic mission" was caused by an amateurish anti-Muslim video on YouTube. We found out later the video had only been viewed a few dozen times in the two and a half months it was on the internet.

Obama told us Ambassador Stevens was on a diplomatic mission to review plans for a new cultural center for Benghazi. But whistleblowers report it was actually a bungled arms deal, another Fast and Furious. And this time Islamic extremists got the weapons, which include Stinger portable surface-to-air missiles. If so, there isn't a passenger jet in the world that is safe from them.

Obama went before the United Nations on September 25 and told the world that, "The future must not belong to those who slander the prophet of Islam." At the time he was still peddling the YouTube video cover-up story. It was a dazzling performance. Millions fell for it.

Obama's IRS told us the political targeting of patriotic and Tea Party nonprofits was an isolated operation by two "rogue" "low-level" employees in the Cincinnati office. Then they told us the targeting wasn't politically motivated. Only we find out the IRS political targeting was a nation-wide operation that has been going on for years, and that a senior-level IRS task force ran the program from Washington, D.C. Our money is on Valerie Jarrett and Obama pulling the strings from the Oval Office. 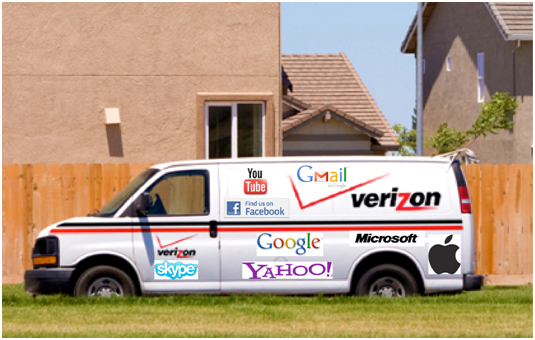 NSA Surveillance Van
"We can hear you now."

"Nobody is listening to your telephone calls. That's not what this program's about."

Obama told us not to worry about government snooping into every aspect of our private lives. But then we find out there's a great deal to worry about, because Big Brother is monitoring the mail, email, phone calls, business transactions, and web use of every single citizen in the Land of Liberty. We discover that the NSA PRISM program monitors and records communications and user data from Apple, Google, Yahoo!, Facebook, Microsoft, Skype, Gmail, Hotmail, AOL, YouTube, and about fifty other companies. We learned that "They quite literally can watch your ideas form as you type." Big Brother is watching you. Right now. Under Obama, 2013 is 1984.

We live in a nation whose Supreme Court ruled that abortion is Constitutionally protected because women have a right to privacy. If privacy is so important that children can be legally killed to protect it, then how in the world can the Obama administration deprive us of all that we have?

Obama mandated that the IRS administer some of the most important elements of ObamaCare. The IRS will punish us if we do not comply. ObamaCare isn't about health care. It's about government control. It's about instituting socialism. When Senator Cornyn discovered that the IRS official in charge of the political targeting of patriotic nonprofits, Sarah Hall Ingram, was now responsible for administering IRS control over ObamaCare, he said,

"Now more than ever, we need to prevent the IRS from having any role in Americans' health carre. I do not support Obamacare, and after the events of last week, I cannot support giving the IRS any more responsibility or taxpayer dollars to implement a broken law." 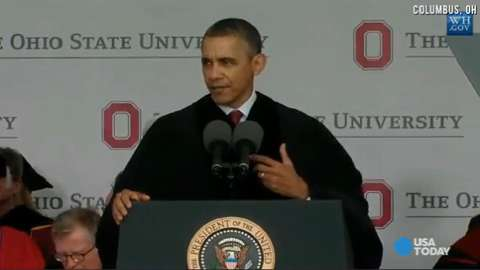 Obama told Ohio State University graduates to "reject these voices" that warn of government encroachment on personal privacy, civil liberties and freedom. Obama tells us to trust him. Everything will be okay. Trust Obama? He recently said,

"You know, when I came into this office, I made two commitments that are more than any commitment I make: number one, to keep the American people safe; and number two, to uphold the Constitution. And that includes what I consider to be a constitutional right to privacy and an observance of civil liberties."

Paul Jacob of Townhall.com found the statement to be as laughable as most of us do. "You don't trust President Barack Obama?" he said in his article, "Be advised: President Obama finds "your lack of faith disturbing." Darth Vader would be proud. This Orwellian doublespeak is worthy of the man who singlehandedly constitutes the greatest threat ever to the American people's freedom, liberty, and Constitutional rights.

The common element to all these scandals is the administration's constant, deliberate, and arrogant pattern of deception. The goal? Clearly it is to undermine the Constitution and the rule of law to advance his socialist agenda.

From the attack on the First Amendment via Associated Press wiretaps and criminal conspiracy charges against Fox reporter James Rosen, to the Sandy Hook child massacre attack on the Second Amendment, we now have Obama and his progressive ilk going after every American's Fourth and Fifth Amendment rights to protection against unreasonable search and seizure and due process. The cover ruse for these attacks is Islamic terrorism. Or as the administration terms it: man-caused disasters. Trust Obama?

In the same speech, Obama brought up the very question his policies and actions have raised in the minds of all clear-headed Americans,

"If people can't trust not only the executive branch, but also don't trust Congress and don't trust federal judges to make sure we're abiding by the Constitution, due process, and rule of law, then we're going to have some problems here."

It is a question of trust. At this point few Americans trust their government and many fear it. This administration has established a pattern of deception aimed at undermining the Constitution and rule of law. How can there be trust when we are surrounded by so much deception?

Yes, we're going to have some problems here.

JT Hatter is the author of Lost in Zombieland: The Rise of President Zero, a political satire on the Obama administration. JT can be reached at jt@jthatter.com.