As the Washington media continues to trip over the stumbling blocks of administration scandals and echoes of Watergate bounce off the buildings across the Potomac River, the question comes to mind: Will there be impeachment hearings this summer as there were in the Summer of '73?

Congress has the authority to impeach any Senate-confirmed cabinet official or federal judge, not just presidents. It states in Article II, Section 4, of the U.S. Constitution:

"...the President, Vice President, and all civil officers of the United States shall be removed from office on impeachment for, and conviction of, treason, bribery, or other high crimes and misdemeanors."

The case against Holder is potentially profound, more so than the case against either Presidents Nixon or Clinton. But unlike these two former presidents, Holder is not an elected official, so that there can be no contention that the Republicans will be undoing a public mandate. 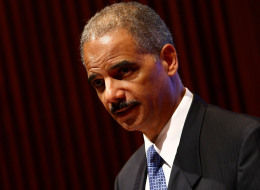 Looking at the chilling facts as they have been revealed so far, Holder is on very thin ice. So far, it has been revealed that Holder personally withheld information concerning the fatally flawed Operation Fast and Furious. The information in question was subpoenaed by Congress, and for his refusal to comply, he was found in contempt; an historical first for any sitting member of the cabinet. Ultimately, Holder's master, President Obama, issued an Executive Privilege decree to provide legal cover for Holder.

But now there is new, publically-revealed evidence of two possible counts of perjury committed by the AG. The first count focuses on his assertion to Congress that he was not informed of the details of Fast and Furious. However, it was first reported by National Public Radio that when Border Patrol Agent Brian Terry was killed by one of the weapons involved in Fast and Furious, that the AG was informed by the U.S. Attorney for Arizona, Dennis Burke, via e-mail.

But most recently, the other possible count of perjury involves the statement to Congress by Holder on May 15th of this year, about obtaining the phone record and e-mails of the Associated Press and other major news organizations, wherein the AG stated:

"This is not something I've ever been involved in, heard of, or would think would be wise policy..."

Yet the facts seem to indicate quite the opposite, given the number of warrants issued by the FBI to conduct investigation of James Rosen, a Fox News reporter. This paper trail of contradictions prompted Republican members of the House Judiciary Committee to send a letter to the AG, in which they raise the possibility that Holder may have perjured himself by issuing a sweeping denial of any involvement. The letter asks for clarification by stating the following:

"The media reports and statements issued by the Department regarding the search warrants for Mr. Rosen's emails appear to be at odds with your sworn testimony before the Committee..."

The letter goes on to state:

"We believe -- and we hope you will agree -- it is imperative that the Committee, the Congress and the American people be provided a full and accurate account of your involvement in and approval of these search warrants."

In the June 3rd response from the Department of Justice (DOJ), there seems to be an admission of guilt on the part of the AG. The DOJ response letter states:

"The Attorney General was consulted and approved the application for the search warrant during the course of the investigation."

There have been sixteen federal officials impeached since 1797. It falls to the House of Representatives to make the first move in this process. After Articles of Impeachment are passed by the House Judiciary Committee, the House either votes to have the Senate act upon these articles or to terminate the process. This procedure has not always resulted in the removal from office of the officials. In the cases of Andrew Johnson and Bill Clinton, neither man was convicted by the Senate. In the case of Richard Nixon, he chose to resign rather than face a trial in the Senate. But the list of impeached officials includes the two presidents mentioned above, a cabinet member, a senator, a justice of the Supreme Court, and eleven federal judges. Of those, the Senate has convicted and removed seven, all of whom were judges.

Given the evidence so far revealed, the AG will likely resign in the dead of night on the Friday of the Labor Day weekend this September. He will try to disappear like smoke through the keyhole, but it would be nice if the Republicans could show him where the door is by convening impeachment hearings; the public deserves to know if their Attorney General is a crook.