Warning: mysqli_free_result() expects parameter 1 to be mysqli_result, bool given in /var/www/html/americanthinker/admin/common/functions/func.general.php on line 126
 Freedom of Association and the Boy Scouts of America - American Thinker
|

Freedom of Association and the Boy Scouts of America

Guaranteed to fail. That is the net effect -- and possibly the intent -- of the decision late last month by the national board of the Boy Scouts of America to allow participation by openly gay scouts, while maintaining a de jure ban on avowedly homosexual Scout leaders. Consider the effects of this self-imposed Catch-22: is a gay Scout to be expelled from his role as a youth leader on his 18th birthday? How many ways can you say "Oyez?" We'll find out after the change goes into effect on January 1.

On the surface, the BSA decision may seem like it was all about equality or homosexuality or scouting. Ultimately, it is about one thing: freedom of association.

The BSA Board held the key to the landmark Supreme Court decision in 2000, BSA vs. Dale. That 5-4 decision stated that the BSA, as a private organization, had the freedom not to associate with those who would undermine its message. But the recent policy change opens the door wide for a clear challenge to the Dale decision, thus inviting the reversal of a landmark case on freedom of association. This will undercut the functioning of all private organizations in the United States. One needn't be a constitutional scholar to connect these dots.

For over a century the Boy Scouts of America has promoted traditional family and fatherhood. Seventy percent of Scout sponsors are associated with religious institutions. So it seems strange that the BSA Board was so hell-bent on lifting the ban. But when one considers the power of the LGBT lobby and its policy role incorporates BSA sponsors such as AT&T, there should be less mystery involved here. One can guess how the board has been influenced and by whom in the 13 years since the Dale decision. 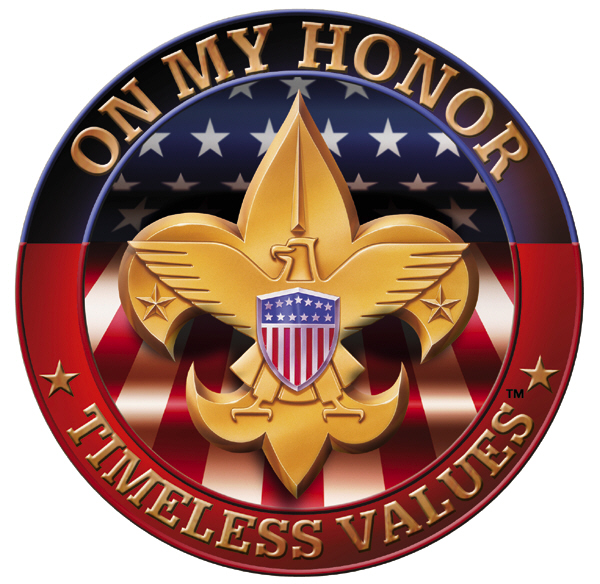 So, how did we get here? After a period of trial balloons, this past January the BSA Board proposed that the decision to allow openly gay Scout leaders be "localized," purportedly allowing each troop to decide its own policy. After that proposal fell flat with Scouts and their families, the board -- apparently intent on earning a merit badge in mental gymnastics -- succeeded with another approach: allow openly gay Scouts while maintaining a ban on avowedly homosexual adult Scout leaders. They also enlisted a new sponsor -- the Mormon Church -- which not only supported the change in policy but helped deflect criticism from the Board itself.

Ethics and Public Policy Center president Ed Whelan observed that those two BSA proposals shared on basic feature: "While purporting to allow (in the case of the first) or require (in the case of the second) troops to bar openly gay adult leaders, they threaten to fatally undercut the legal basis for maintaining that bar."

Consider for a moment the irrationality of the new policy: a 17-year-old lifelong scout who is avowedly gay and also a youth leader, would, on his 18th birthday, be required to cease and desist being a Scout leader. Whether enforced or not, the situation would instantly invite an avalanche of lawsuits. It is a de facto path for allowing openly gay Scout leaders across the board.

Whelan didn't mince words, noting that the elite leaders of the BSA were "trying to snooker and bamboozle local Scout leaders and parents to embrace a proposal that isn't sustainable and that will lead in short order to a wholesale abandonment of the existing policy against openly gay adult leaders. Whether or not one supports that abandonment, the dissembling way that the BSA's top leaders are pursuing it is a shameful violation of their duty to be trustworthy."

In the end, no matter what your view on gay Scouts or Scout leaders, if you cherish your right to freedom of association, you should mourn the organizational suicide (or was it an inside hit job?) committed by the BSA last month. Appeasement of push polls and empty slogans of "inclusiveness" only erodes your freedom.

As with all private organizations, the Boy Scouts -- along with institutions of family and faith -- represent what the sociologist Robert Nisbet called the "intermediate associations" of our society. Their existence provides all individuals with a buffer zone of protection from the centralizing tendencies and meddling of the state in our personal lives. The assault on family has been ongoing for decades and is well documented. The commissars of political correctness now identify churches that adhere to Christian doctrine as purveyors of hate and intolerance. And the destruction of the Boy Scouts represents a threat to all organizations existing under a First Amendment right to freedom of association.

One can only wonder how the Boy Scouts will morph over the next 20 years if the decay in mediating institutions continues. Could the BSA become thoroughly secularized? Hard to see how it wouldn't. Could it ever morph into a state-run youth league? Well, it's beginning to act like one.

We should all be alarmed by the self-destruction of the Boy Scouts as one of a dwindling number of private organizations that serve as buffer zones from growing state power.