In the granting of a temporary, and not soon to be revisited, reprieve in the Nathan Dunlap case, Colorado Gov. John Hickenlooper has reignited the national debate over the death penalty. On the surface this is but a worn-out and hackneyed opportunity for wing nuts, left and right, to cook up some red meat for the politically ambitious come 2016. While this is demonstrably the case on certain corners of the internet, here in Colorado the death penalty debate is more prescient and authentic, not because this case is from Arapahoe County, but because of the political revelations brought to light by this specific case.

The case itself is pretty simple. Roughly two decades ago Nathan Dunlap shot five people at a Chuck E Cheese, killing four. He was tried, convicted, sentenced to death, and since has run the full course of appeals. The current debate hinges almost exclusively around the distinction between him being executed for his crimes, or serving life without the possibility of parole.

In granting a temporary reprieve, Gov. Hickenlooper went to great lengths to publically give a full account of his reasoning at a press conference announcing his long-awaited decision. His angst was obvious, and his reservations heartfelt and honest. While the press conference was too long and rambling to recount or quote at length here, it was clear enough to understand the motivation behind the reprieve.

In sum, the governor found the "inherent inequity in the system," the "imperfection of the process," and a worldwide movement away from the death penalty to be so persuasive, he could not in good conscious allow this man to die. The injustice he foresaw in this case had to do exclusively with the idea that the death penalty itself was unjust, independent of Nathan Dunlap; because of this possible grand injustice his office compelled him to positive action. The great problem is not that the governor is holding off one execution, but that he is bypassing the democratic process to do so. 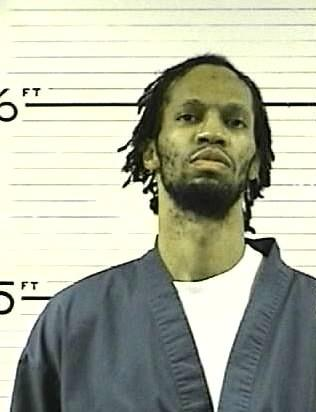 The most damning evidence of this, which elevates the Dunlap case far beyond a squabble over one provision of the criminal justice system, is the fact that earlier in his term the governor stopped his own party members in the legislative branch from sending him a bill to repeal the death penalty. The Democratic Party, holding majorities in both houses, was able, willing, and anxious to pass just such a bill. The governor, having recently won an election in which he publically and forcefully declared his support for the death penalty, had neither the political capital nor the courage to sign such a bill (or worse to be forced to veto such a measure.)

In his first term the governor has assumed the people of Colorado would reject any effort to repeal the death penalty, but having great personal reservations about it, he has effectively repealed the death penalty on his own accord. He found that his powers are great enough that he doesn't need the consent of the governed in cases where gaining that approval would be politically costly. He can simply change the laws to reflect what he hopes the will of the people will become, allowing time to evolve political conditions in such a way that the will of the people will eventually mirror his -- providing eventual democratic legitimacy to his present actions.

This is turning on its head the democratic process. This is enacting bold changes now and later allowing the people to rubber stamp these actions. More seriously this is putting into jeopardy the political peace which our democracy has purchased and preserved in Colorado. The law that he is refusing to execute is at present the declared will of the people. It is the result of a democratic process in which the people of the state declared capital punishment not to be in violation of our state or federal constitutions under which we organize our lives. It was under this declared will of the people that the prosecutors presented the peoples' case against Nathan Dunlap, and a jury of his peers found him guilty, and a judge sentenced him to death. It is in violation of the established will of the people the governor refuses to carry out the duties of his office. His reprieve is an exploitation of Nathan Dunlap -- and a threat to the liberty of all Coloradans. 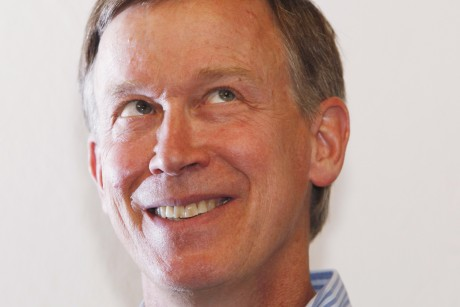 Colorado is in a well-documented period of transition, from a red to a purple state -- quite possibly into a solidly blue state in the near future. That transition can be peaceful if it is one which respects our laws and democratic traditions. In the case of the death penalty; if the will of the people was expressed through channels of amending our constitution to repeal the death penalty, those supportive of the death penalty could continue to make the virtuous arguments in defense of capital punishment in an attempt to swing public opinion back in their favor. Under these conditions those who abolished capital punishment in Colorado would have a victory in harmony with our democratic traditions, thusly securing the full measure of established law in support of their position. By abolishing the death penalty on his own accord, the governor has robbed his side of the democratic legitimacy it deserves, making it instead reliant on power and control.

By removing democratic legitimacy from one side, and the democratic means by which to redress grievances from the other, the governor is risking the tribalization the people of Colorado. Ours has always been a state where the people of Boulder County can have vast differences from the people of Arapahoe County and still peaceably coexist. In this brave new world the governor is establishing, the will of the people of Boulder does not legitimately establish laws over the dissent of those living in Colorado Springs -- laws reflecting those opinions are manufactured administratively. Governor Hickenlooper is doing as much of a disservice to the people anxious to repeal the death penalty as he is to those supportive of it.

The death penalty is an example of a law which the changing political climate of the state probably requires that we soon revisit with the real possibility of repealing it. Whether the law stands or falls is not nearly as important as the process by which we have that debate. Opposing sides, both with logic and virtue supportive of their arguments, deserve and require public exchange and the confirmation of democratic legitimacy to whatever our capital punishment laws will be in the future. By his actions this week, the governor has changed both the relationship between his office and the people of Colorado, and has altered the conditions by which we coexist.

With these actions, Governor Hickenlooper joins a growing community of locally elected officials who are allowing national ambition to determine their local responsibilities. This growing convent of mayors, state legislators, and governors who take local issues and apply international laws and political ideology are part of a proud tradition of progressives who seek sweeping change not by altering public opinion, but by using administrative haggling under the general guise of "democracy." Effectively discrading the system of representation, these people are creating a system in which "we the people" are becoming subject to their whims and evolving ideas about serious issues such as the death penalty.

In this case, the condemned killer Nathan Dunlap is not receiving equal protection under the law as promised by virtue of his being an American. For now, he escapes justice, not for reasons of merit of virtue, but because his is a case useful for people seeking radical change in America. He is being exploited by those in power, and those celebrating this reprieve are doing so without any consideration of this basic fact. His life and liberty, which our government is specifically charged with protecting, are now in the hands of the whims and evolving sympathies of whoever happens to sit in the governors' office. He has no other protection from the State; he is no longer living as an American.

It is easy to overlook the real threat to liberty in a case like this. By running to defend or condemn capital punishment, both sides miss the real danger of this situation. We forget that a governor is rewriting law after specifically refusing to use democratic means which would have allowed him to make the same changes in a public, but legitimate process. Regardless of how you would support or oppose such an action, it would have been a decision in which the politics of the case would not have threatened the continued existence of Colorado as a self-governing state. Under the current administration, the sympathies of particular groups are given the force of law while the objections of another are run over, unconsidered by those currently holding power. The peace and prosperity bequeathed by our system of government is well known. History gives great caution to the probability that those conditions can persist in perpetuity when one group is able to assert its will upon another by virtue of political power and personal ambition.

Andrew K. Boyle writes from a gulch, hidden in the mountains of Colorado.  He is a staff columnist at The Oklahoma Constitution newspaper and author of The Courage to Rebel: breaking a corrupt system. You can follow him on Twitter @andrewkboyle.