Warning: mysqli_free_result() expects parameter 1 to be mysqli_result, bool given in /var/www/html/americanthinker/admin/common/functions/func.general.php on line 126
 Endorsing the NSA - American Thinker
|

The recent outcry about the NSA surveillance programs involving phone records and the Prism is getting out of hand. This scandal came to the forefront when Edward Snowden, a contractor to the NSA, leaked a series of documents about these surveillance programs. American Thinker interviewed the former director of the CIA, Michael Hayden to ask him to explain the programs.

What is very interesting is that those who are strongly speaking out in favor: Vice-President Cheney, Mike Rogers, Michael Hayden, and even Michelle Bachmann are, or have been, intricately involved with these programs. They point out that there are reasons for secrecy regarding intelligence operations, that the War on Terror is far from over, and that these programs did in fact prevent terrorist attacks. Bachmann said on the Neil Cavuto show, "The NSA was fastidious about following the law. There's not one example that came out of any intentional violation of any kind from the law. I think what we saw today pretty clearly is that the government isn't doing what all of these stories are claiming it is."

Hayden agrees, and pointed out to American Thinker that since 2006 warrants must be issued with the FISA court. He emphatically states, "Data is not intercepted. The NSA does not touch the data, they don't use algorithms, but wait until there is evidence of a terrorist using certain phone numbers. Once linkage to a domestic phone number is established, the agency has to seek a warrant to pursue it further. I would not have supported it if I did not think it is important."

Hypothetically, if I telephoned someone in Pakistan for an interview would I have to worry? Hayden explained that the phone record program "does not target guilty people, only interesting people. It is not a question of guilt. The emphasis is about that person being of intelligence interest. If someone is going to be communicating information that is of intelligence value to the U.S., and the Fourth Amendment does not protect them, the NSA will target their phone communications. Anyone that called that number or was called by that number will be swept up in the coverage. Let me be emphatic, this is not about law enforcement, but is about intelligence. We are not about prosecution, but are about listening in on communications to gather information that is of value to the U.S. If your phone call is swept up in that collection and if that phone call has intelligence value there is a possibility that it will be included in an intelligence report. However, your name would be suppressed and reported as 'named U.S. person #1.'"

In listening to the arguments made by those knowledgeable about these programs Americans should think back to when they were disgusted with the Obama Administration for not capturing and interrogating terrorists and instead quickly Mirandizing them. There is the need to gain information from the terrorists and these NSA programs are tools for that purpose. 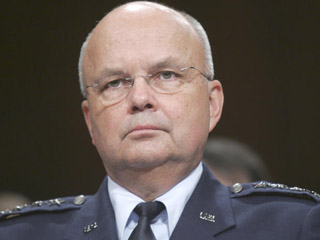 Critics of these programs point to the fact that Osama Bin Laden did not use cell phones, but used a courier, that the Boston terrorists went undetected, and that David Headly, involved in the Mumbai attacks, went undiscovered from 2006 to 2009. Regarding the Boston terrorist attack, Hayden noted that the NSA did not target the Boston terrorists because they never had telephone contact with someone overseas who was a known terrorist. As for Headly, Hayden wishes that he had been found in 2006, but warns, "Nothing is foolproof or airtight. Should we have not found him in 2009?" The same is true with Osama Bin Laden, who was found when the CIA was able to detect the courier through the intercepted cell phone messages.

What about the argument by critics, that this program is outdated because the terrorists do not use cell phones since they know that U.S. intelligence agencies are targeting them. Hayden told American Thinker he understands this argument; yet, even the terrorists are forced to communicate from time to time which makes them vulnerable when they do use them. Another thought is that cell phone use by the terrorists makes them vulnerable because they have to find another means of communication. Also, he wants Americans to think about the fact that if terrorists know that the intelligence agencies no longer target cell phones then they will start to use them again.

The other program, Prism, only targets the email content of foreigners. Hayden explained, "The only thing American about the Prisms is that an American service provider is being used and that can give us a tremendous intelligence advantage. It has nothing to do with targeting Americans at all. For example, the Boston Marathon terrorists were not targeted because there was not authority to do so since they were American."

The Federal Government's duty is to protect American citizens as directed in the Preamble to the Constitution, to provide for the common defense. Americans should think back to September 12th, 2001 and ask themselves if they would be so outraged by these programs then. Part of the outrage as evidenced by recent polls, is due to the distrust of the Obama Administration. A large part of the problem is this administration's rhetoric. They have created a cloud of distrust with their hypocrisy, lack of transparency, and recent scandals. In fact, Hayden and Rogers have defended the program more than President Obama. Hayden feels "The president has not helped when he talks about Al Qaeda being defeated and that the tide has turned. If you accept that argument then the justification of this program is undercut because there is no need for these extraordinary steps."

So which is it, Mr. President? Is the War on Terror over, as you repeatedly imply, or do we need these programs to keep Americans safe? Hayden believes that these programs are needed as tools to target terrorists. He says that damage has been done since U.S. enemies now know what we do and what we do not do, and that once again we have told those who want to cooperate with us that we cannot keep any secrets, including spying on America's allies.

His word of warning to Americans: the outcry is due in part to being confused and misled by media reporting on the programs. He wants Americans to make sure "you have your story straight before you complain. Also, if you want to be less well defended just let us know. I want to know if Americans feel lucky enough to derail these programs so a terrorist attack will not be detected. The government's duty is to protect us and they need to be given the tools to do it while keeping a careful watch on how they use those tools."