I recently attended a 3-day science policy conference sponsored by the American Geophysical Union (AGU).  The AGU is an association of 62,000 scientists who study the Earth.  Although the conference was allegedly about science policy, it resembled a cross between a Scientology rally and a workshop for lobbyists from the Mohair Council of America.

The euphemisms for lobbying by people who aren't supposed to be lobbying are "communication" and "outreach."  The AGU believes, in a secular way, that God is on their side and the reason why they are being ignored, and not being given enough money, is that they haven't done enough communicating.  They think that if only the government understood the importance of their work, things would change for the better.  It absolutely never crosses their mind that if the government and the people understood what they are really doing, their money might be cut off. 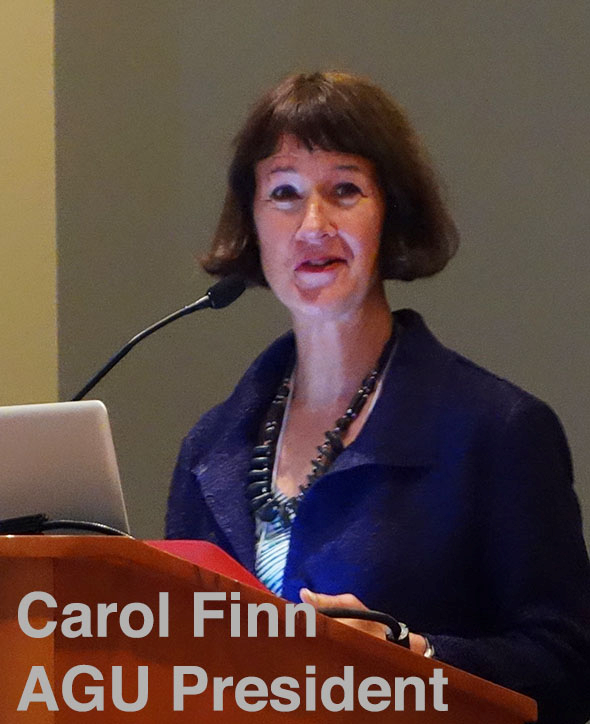 What they are doing is howling at the moon that the sky is falling.  The president of the AGU, Carol Finn, who, incidentally, is employed by the federal government, opened the lobbying/communications workshop on the first day of the conference with this:

AGU's mission is to promote discovery ... for the benefit of humanity[.] ... I live in Colorado[.] ... [L]ast week's Black Forest fire ... was the worst wildfire in Colorado's history[.] ... I live in Boulder County[.] ... [T]he county and the city of Longmont have just outlawed fracking[.] ... [A]ll these communities need to be able to try to figure out how to balance energy development and putting drill rigs next to schools[.]

How trustworthy is an organization that claims to be organized for the "benefit of humanity," anyway?

The illogical thinking and ever-changing stories about global warming doom are puzzling.  What motivates the global warming proselytizers?  Is there a root belief that explains their behavior?  My suggestion is that their behavior is religious in nature and can be explained if we postulate that they believe in the following commandment:

Thou shalt not add carbon dioxide to the atmosphere.

If you realize that the story is not really about global warming, but rather about changing the composition of the atmosphere, it becomes easy to understand why the believers are not disturbed by the fact that global warming, as measured by surface temperature, stopped 16 years ago.  They easily find other scientific theories to buttress their faith.  They ignore or discredit any science that challenges their faith.  They tell us that if we don't stop adding carbon dioxide to the air, we will have extreme weather and the oceans will become acidified.  The polar bears will die.  The wine will lose its flavor.  We will catch exotic diseases.  If one theory of doom is refuted, or becomes boring, there are plenty of others to take its place.  Embarrassing information, such as the fact that adding carbon dioxide to the atmosphere makes plants grow faster, with less water, is dismissed.  They say plants grow faster, but they are less nutritious, or they grow faster, but they deplete the soil of its nutrients.

What we have is an obsession with the evil of carbon dioxide -- a carbon cult.

The great majority of people who are members of the AGU are interested in science, not in a new religion centered on carbon.  They have not woken up to the fact that their organization has been infiltrated by a carbon cult.

The carbon cult formulation does explain a lot.  Chesterton's insight -- "When people stop believing in God, they don't believe in nothing -- they believe in anything" -- seems relevant in this discussion.  Compared to traditional religion, the carbon cult is naive and emotionally thin.

Missionaries for a well-organized religion are intensely practical and often extremely diligent.  Much of the science of linguistics has been created not by professors, but by Christian missionaries who want to learn the languages of illiterate peoples so that they can spread the gospel and translate the Bible.  Of course, they also have to devise an alphabet and teach the people to read the newly translated Bible.  Thus you have an example of the civilizing influence of Christianity.

What is the civilizing influence of missionaries who want to take practical sources of energy away from poor peoples?

The missionaries of the carbon cult are gradually becoming better-organized.  In the United States, religions are financed by their followers.  The government is not supposed to support religions financially, at least not if one religion is favored over another.  But the carbon cult masquerades as a scientific discipline, enabling it to receive government funding.  The carbon cult is financed partly by government support of science, and partly by the contributors to the big-budget environmental organizations.  The ability to influence government policy is as good as cash in the bank, and the ways in which influence over government policy can be turned into cash are endless.  For example, a few years ago, the natural gas industry gave $25 million to the Sierra Club for their "beyond coal" campaign that is trying to destroy the coal industry.  The natural gas people thought that the Sierra Club through its influence over the government would kill the coal industry, thereby helping the alternative fuel, natural gas.  The natural gas industry did not understand that you can't buy off ideological fanatics.  The Sierra Club later turned on its benefactor and launched an attack on fracking.  The Sierra Club is an important church in the carbon cult.

The AGU has received large contributions from, of all people, oil companies.  Global warming orator Bill McKibben, the leader of an organization whose purpose is to lower the concentration of carbon dioxide in the atmosphere to 350 parts per million, said that the business plan of the oil companies is to wreck the Earth.  Carbon cultists consider fossil fuel companies to be extremely evil, but apparently they are willing to suspend that judgment when cash is available.  In this case the dictum attributed to Lenin seems relevant: "The Capitalists will sell us the rope with which we will hang them."  Oil company executives are casting themselves in the role of the people to be hanged. 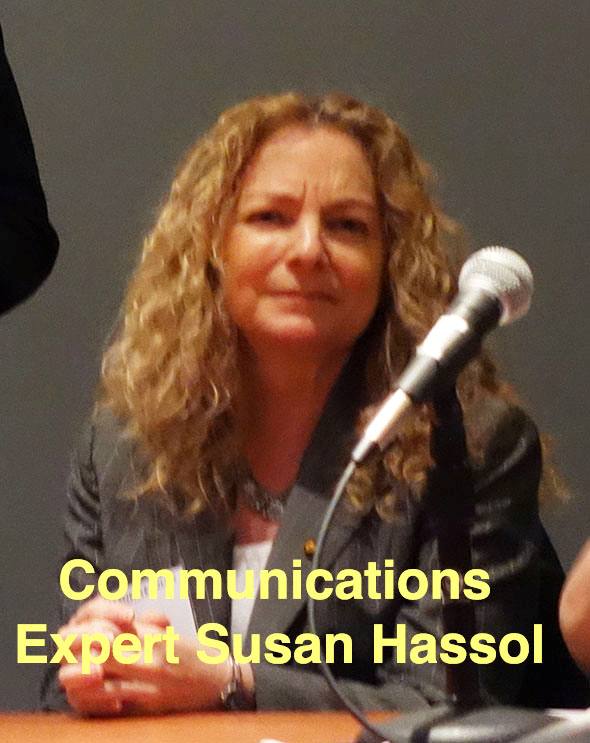 The first day of the AGU Science Policy Conference was devoted to an excellent tutorial on how to lobby the government and on how to present the doctrines of the carbon cult in an effective way.  The organizational structure of a typical congressional office was explained.  The attendees were treated to skits showing an effective and ineffective way to approach a congressional staffer.  The attendees were cautioned about the use of scientific jargon.  Susan Hassol, a prominent writer for the global warming establishment, made the point that the word aerosol should be banned.  To scientists, aerosols are small particles floating in the atmosphere, but to the public, they are aerosol spray cans and always will be.

The attendees were told to explain why the weather would be more extreme by comparing carbon dioxide to steroids.  If an athlete takes steroids, he will still play the game, but his performance will be more extreme.

One difference between a cult and a legitimate religion is that the cults usually hide their true nature.  The more bizarre the cult, the greater the imperative to hide its doctrines.  The general public must not be allowed to realize that the advocates of global warming alarmism are in reality making up the story to propagate a fanatical faith that carbon dioxide is bad.

The science behind global warming is very shoddy.  Yes, there is a nugget of real science buried in all the alarmist, made-up stuff.  Carbon dioxide does absorb infrared radiation, and increased carbon dioxide probably will warm the Earth by a small amount.  The mechanism is quite complicated, involving the atmospheric lapse rate and a slight relocation of the tropopause.

The complicated and jargon-laden science is reduced, by the missionaries of the carbon cult, for public consumption, to "carbon dioxide is a heat-trapping gas."  The formal predictions of global warming from the United Nations Intergovernmental Panel on Climate Change are the product of an opinion poll of computer models that disagree with each other and that have been manipulated to make them look better than they really are.  The carbon cultists accept those predications as serious and profound scientific truth, because the predictions provide support for their faith.

Norman Rogers is a physicist, a member of the American Geophysical Union, and a senior policy advisor at the Heartland Institute, a Chicago-based think tank.  He maintains a personal website.