Warning: mysqli_free_result() expects parameter 1 to be mysqli_result, bool given in /var/www/html/americanthinker/admin/common/functions/func.general.php on line 126
 When you say 'Gay marriage is inevitable,' do you mean rich people want it? - American Thinker
|

When you say 'Gay marriage is inevitable,' do you mean rich people want it?

You have no doubt heard the news that gay marriage is inevitable.  The New York state legislature redefined marriage in 2011. Rhode Island redefined marriage earlier this week.  Delaware just removed the gender requirement from marriage. Minnesota is poised to vote on the issue this week.  This steady drumbeat of state legislatures changing the definition of marriage as it has been known for millennia surely must show that so-called gay marriage is inevitable.

But have you ever stopped to ask yourself what exactly people mean when they say this?  Here is what I think:

"Gay marriage is inevitable" means that the rich people of both parties have decided that we are going to have genderless marriage.

Back in 2008, during the Prop 8 campaign, the two sides spent roughly equal amounts: about $40 million on each side.  The Yes on 8 campaign had 100,000 volunteers, people of modest means from both parties.  The opponents of Prop 8 simply couldn't match the volunteer effort.  In that roughly fair fight, the people won.

But as races developed in state legislatures, the Gay Lobby got reinforcements from not just Hollywood millionaires, but Republican billionaires. In New York State, Republican hedge-fund manager Paul E. Singer 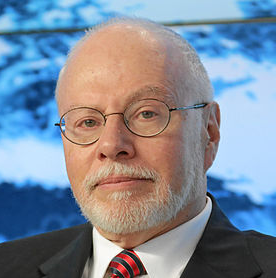 pumped money into the campaign coffers of pro-gay marriage Republicans. In the words of the Washington Post, "He coaxed Republican state senators in New York to back a same-sex marriage law in 2011, offering financial cover against backlash stemming from their votes, helping raise six figures for each of them."  You would think they would show some shame over such blatant quid pro quo corruption.  But hey, he's rich. He supports Republican candidates and Democratic causes, so who is going to confront him?

Just last week, Rhode Island voted to dismantle the only social institution we have that connects children with their parents.  I saw another version of the same story, when I testified there in January.  (I gave them a piece of my mind, too, as you can see here.)

When I arrived at the state house in Providence, I was stunned by the size of the crowds.  The place was packed with African-American and Hispanic Evangelicals who opposed the marriage redefinition bill.  I took some (very amateur) photos and videos. I had a feeling no one in the Mainstream Media would show those images.  But about one thousand people supported natural marriage.

There were so few people advocating gay marriage that the media literally could barely find anyone to interview.  (Full disclosure: this little story, published by the Ruth Institute, was written by a student of mine who showed up for the hearings.)

On one side, one thousand people of modest means and one registered lobbyist.  One the other side, a comparative handful of people and 18 professional lobbyists.

Somebody must really hate the idea of gender, that they are paying that kind of money to remove all traces of gender from the law in a little state like Rhode Island.

In Illinois, home of Barack Obama and Rahm Emanuel, the sledding has been surprisingly tough for the Kids Don't Really Need a Mom and a Dad Crowd.  The reason? The African-American pastorate, traditionally loyal Democrats, are not buying what the rich folk are selling.  Check out this video of a press conference, where the pastors of many denominations express their opposition to redefining marriage.  Beginning around seven minutes, Bishop Lance Davis of the New Zion Christian Fellowship decries the large amounts of money being thrown around to "undo the Bible and shove it down our throats."

The March for Marriage in Washington DC provided another setting where the economic contrast between the two sides jumped out at any honest observer.   We came to rally for natural marriage on the day that the Supreme Court heard oral arguments on the Prop 8 case.  There were 10,000 people on the side of natural marriage:  busloads of Hispanic Pentecostals from the Bronx, Catholics from the Archdiocese of Philadelphia,  a Catholic boys school with a band and banners,  Chinese Evangelicals bused in from Delaware. And the Coalition of African American pastors sent pastors and people  from all over the place.  For some of these people, the bus fare was a financial hardship.

On the other side, a few hundred white people.  These oh-so-politically correct folk were quite shocked to see the real Rainbow Coalition, our majority minority crowd, as we rounded the corner to march past the Supreme Court.

So when the Gay Lobby says "gay marriage is inevitable," what they really mean to say is this:

We have the money and the power to get what we want.

The ordinary people of both parties are resisting.  We plan not to go along quietly, with the "inevitable" march of history.

Jennifer Roback Morse, Ph.D. is the Founder and President of the Ruth Institute.  She taught economics at Yale and George Mason Universities for 15 years, after doing a post-doctoral year at the economics department at the University of Chicago. Dr. Morse testified against HB5015 in Rhode Island in January and against SB 10 in Illinois in February.