The Three Stooges of Big Government

While many conservative voters obsess over the unholy trinity of elected big liberalism -- Barack Obama, Nancy Pelosi, and Harry Reid -- but the real threat to our liberties and way of life is unelected 'big bureaucracy.' Unelected bureaucrats are who have persecuted Tea Parties, conservative donors, adoptive parents, True the Vote, Boeing's non-union plant, the Christian Coalition, Focus on the Family, select GM dealerships, and God knows who else over the past few years. And this week, we've met the three stooges of the big bureau; Steven Miller, Loris Lerner, and Sarah Hall Ingram. Collectively, they paint an accurate picture of what we face.

As such, the real problem with these despicable minions is not merely the havoc they have managed to personally wreak, it is the quintessential nature of what they represent. When America met Miller, Lerner, and Hall-Ingram, we effectively met big government face to face. There are enough bureaucrats like these three to guarantee that abuse and incompetence are the rule and not the exception. They, and millions like them, were here before Obama was and most of them will be here long after Obama is gone from office. They infest cubicles at every level of government, and their job is to extract money from the very people who pay their salaries and fund their retirements and health benefits, not to mention paying for the cubicles as well.

STEVEN MILLER may well represent the attitudes, arrogance and isolation of government employees better than anyone. In his testimony before the committee, Miller was visibly perturbed that Congress deigned to inconvenience him, and his style -- I'll call it in-your-face nonchalance -- should offend every person interested in maintaining any 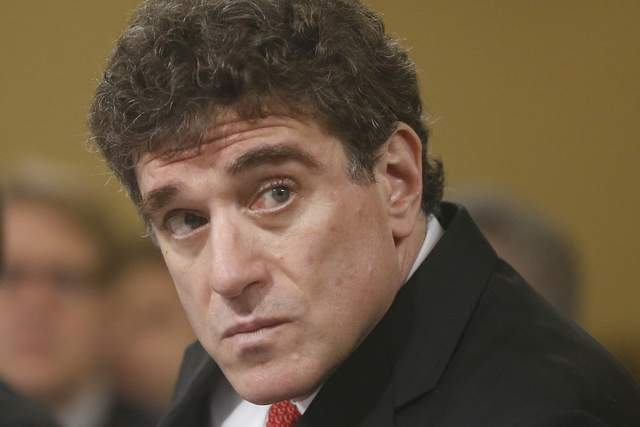 modicum of personal self-control. This is a man who, as "acting commissioner of the IRS," has presided over the ruin of many businesses and personal fortunes, not to mention the damaging of many others, and yet he blithely implied that he was guilty only of "poor customer service."

Miller's insulation from the devastation of his actions -- and those of his bureaucracy -- was nothing short of chilling. He makes a big salary, has royal retirement and health care benefits, and yet he clearly seems oblivious to the fact that he has accumulated all of this by torturing those who ironically foot the bill for his entire existence. He doesn't even suffer citizens the dignity of hating them. Rather, he seems not to realize that they and their families and their businesses and their dreams even exist, other than as names on a file in some cubicle somewhere.

In other words, he is a typical bureaucrat. He climbed a career ladder littered with others just like him. He got where he is by being better at destroying taxpayers than others. Now, we are to believe that he is just "following orders" as if he's in an evil stupor of some sort. Talk about drones.

LOIS LERNER, meanwhile, is proof that government work is akin to being a paid political operative. She is nothing more than a partisan hack, carrying out a war against conservatives over multiple decades and in multiple departments. She specializes in only one thing: using bureaucracies to advance liberal causes. Currently she is in charge of the IRS' tax-exempt operation, the unit at the heart of the nonprofit part of the ever-growing IRS scandal. In other words, the agents who harassed Tea Party groups and others were doing so under her command, and probably at her direct orders. There were certainly collateral benefits to her causes as a result of these actions. 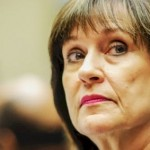 She appears exceptionally well trained for this kind of partisan maneuvering. Prior to her current position with the IRS, Lerner was head of the enforcement office of the Federal Elections Commission between 1986 and 2001, a perch from which she also orchestrated selective bedevilment -- you guessed it -- against conservative religious groups including the Christian Coalition. It's not a stretch to conclude that her IRS gig was a reward for a job well done at the FEC.

Oh, and in the spirit of being absurdly well rewarded and lauded for work below and beneath the call of duty, she was officially honored last weekend for "being an exceptional public servant" by Western New England Law School. Well, why not? She was in town anyway to pick up a check for giving that school's Commencement Address! I am not making this stuff up. And yet, it gets more Orwellian still.

SARAH HALL INGRAM was in charge of the tax-exempt review department prior to Lerner's appointment to that post, and for her efforts from 2009 through 2012, she received bonuses of more than a hundred thousand dollars. She is yet another bureaucrat being handsomely rewarded for persecuting taxpayers, especially those of a particular political persuasion. Job well done. Hall Ingram has naturally been promoted, as you might have heard. 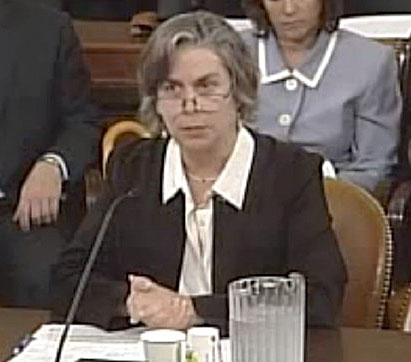 gulations, which I think qualifies Sarah Palin as a certified genius in light of her repeated warnings about ObamaCare and death panels and bureaucratic control of peoples' lives. Hall Ingram can now do more than just target your tax returns and your nonprofit certification. She is now on track to literally wield the power of life and death, as well as financial well being, over citizens who will never have a chance to confront her face to face. She may not technically be on the IPAB death panel, but that's not necessarily relevant. Her career path is testament to the fact that these bureaucracies operate in coordination and across agency lines.

Like Lerner and Miller, Hall Ingram is a prototypical part of the machine. The machine is big government and its wheels churn deep inside big bureaucracy. Down there, those wheels grind down peoples hopes and dreams as they confiscate and regulate bank accounts, retirement funds, existing companies, and hopeful startup enterprises. This control is what drives bureaucracies by definition. More government necessarily equals less liberty. This is why they are liberal by organic nature, and why the administrative state so esteemed by liberals from FDR to Obama (and his administration) can never be benign or politically agnostic, in spite of their protestations to the contrary. Common sense, human nature, and history say otherwise.

So observe the three stooges of the big bureaus: they are but the tip of the iceberg. There are millions more just like them beneath the same rocks they crawled out from under, and they, not Obama, are the real threat to our country as founded.