Warning: mysqli_free_result() expects parameter 1 to be mysqli_result, bool given in /var/www/html/americanthinker/admin/common/functions/func.general.php on line 126
 The IRS Scandal -- a Basic Primer - American Thinker
|

The IRS Scandal -- a Basic Primer

Confusion about the IRS scandal is distracting from its importance, so that thinking conservatives should be prepared to debate the issue. Some basics matter. Conservatives may need to share a summary such as this article to help convince moderate friends.

Callers to C-SPAN badly misunderstood these details when Jenny Beth Martin, Coordinator of Tea Party Patriots, appeared on C-SPAN television last week. I interviewed Keli Carender of Tea Party Patriots on the radio on May15, who helped clarify some of the pushback and distractions from liberals. 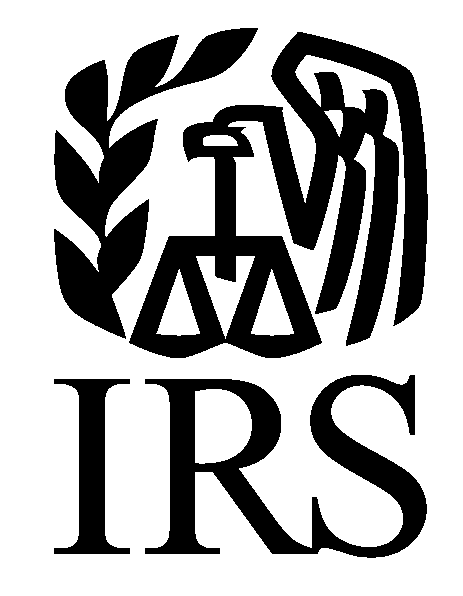 Second, a group's political beliefs and positions ought to be totally irrelevant. Tax exemption must be based on what an organization does, not what it believes or what positions it supports. Whether a group teaches the Constitution or teaches union tactics doesn't matter, it is educating either way. Therefore, the IRS should not have been looking at the name of the organization, whether liberal or conservative, but on the substance of the organization.

Third, many people don't realize that nearly all liberal political organizations are tax exempt. There has been a lot of distraction and diversion focused on whether or not the IRS should have scrutinized tea party groups. However, MoveOn.org, NARAL Pro-Choice America, People for the American Way, Planned Parenthood (which has been active in partisan election campaigns), Media Matters, etc., are all tax exempt. Organizations on the Left similar to tea party groups have had tax exempt status forever.

Fourth, don't allow people to wander away from the central point that the scandal is about a double standard -- not whether people believe political organizations should be tax exempt. Conservatives seeking tax exempt status were treated very differently from similarly-situated liberal organizations. Sure, some liberal groups were scrutinized. But conservatives were treated differently.

IRS official Lois Lerner fast-walked the tax-exempt application of Barack Obama's half-brother, the best man at President Obama's wedding. Abon'go "Roy' Malik Obama got tax-exempt status in a bureaucratic breakneck speed, in only 30 days, in May 2011, even though it is unclear what if anything the Barack H. Obama Foundation actually does or has done since being approved.

When a conservative organization Media Trackers couldn't get approved after 8 months, it changed its project to the liberal-sounding name "Greenhouse Solutions." With the new name, the exact same project was approved within 3 weeks.

Liberal groups -- even with very political activities -- were systematically approved, and quickly, with relatively little burden or scrutiny, as reported by USA Today.

Groups supporting Israel were discriminated against. In August 2010, a pro-Israel group "Z Street" filed a Federal lawsuit when an IRS staff member admitted that all Israel-related groups were singled out by the IRS for extra scrutiny. There will be a hearing this July 2013, after the case was transferred to the Federal district in Washington, D.C.

The IRS demanded that a Pro-Life group promote abortion in order to get tax-exempt status. No liberal group has such a requirement. NARAL and Planned Parenthood are not required to promote abstinence, adoption, or Pro-Life Crisis Pregnancy Centers.

It is the law that the IRS must answer within 270 days for 501(c)(3) organizations, yet the IRS delayed conservative organizations for more than 540 days.

So when the public hears about tea party organizations applying for tax exempt status, they often imagine only campaigning for or against a candidate. That is not tax exempt. Some tea party groups qualify. Some don't.

Sixth, many have questioned whether the IRS wasn't doing the job it should have done by asking questions of tea party groups seeking tax exempt status. No one objects to the IRS obtaining basic information and asking reasonable questions. The problem is that the IRS bombarded tea party and conservative groups with multiple waves of a huge number of very intrusive questions. And the wave after wave of questions seemed aimed at never getting around to finishing the process or persuading groups to simply give up and abandon their application.

Seventh, many don't recognize what 'tax exempt' means. It means that if someone donates to a tea party group, the donations are not taxed as income. Otherwise, any political organization would have to pay income taxes on donations.

A tax-exempt organization may still have to pay taxes on other income, such as sales of products or services. Some C-SPAN callers imagined that people in such groups don't pay income taxes. Of course, people running or working in tax-exempt groups pay income taxes on their salary the same as everyone else.

There are four important categories:

2. A 501(c)(3) organization is both tax-exempt and tax-deductible. That is, contributors can deduct their donations from their income taxes. It is much more difficult to qualify for 501(c)(3) status. A 501(c)(3) cannot lobby for or against legislation (except to an insignificant extent) and may not engage in any partisan' (campaign) activity. A 501(c)(3) can educate the public on policy, issues, the advantages and disadvantages of various political policies and topics like the Constitution, concepts of our Founding Fathers, etc. or train citizens.

3. A Political Action Committee (PAC or Super-PAC) intervenes directly in partisan campaigns and does not qualify as tax exempt.

4. A 527 organization is a recent development, which also intervenes directly in partisan campaigns and does not qualify as tax exempt.

Eighth, many are not aware of the difference between 'political' and 'partisan.' Tax exempt organizations are allowed to engage in public discussion and lobbying of 'political' issues affecting society. That is very different from 'partisan' activity. 'Partisan' means influencing a campaign -- that is, advocating for or against a candidate in an election (not necessarily just discussing policy or issues).

An example is the liberal Citizens for Responsibility and Ethics in Washington (CREW). CREW is a 501(c)(3) tax-exempt, tax deductible foundation. Its head Melanie Sloan earns $230,000 per year. CREW does nothing but slander conservative Republicans and a few Democrats who get out of line with mostly false accusations.

Advocating for or against a candidate is the test of 'partisan' (campaign) activity that is prohibited for a tax-exempt organization. CREW ignored Christine until she won the GOP Primary. But within hours CREW started attacking her. CREW explicitly referenced her status as a candidate, and specifically that she does not belong in the Senate. Melanie Sloan explicitly said that the voters should know all this when they go to vote in November 2010.

I noticed this pattern and conceived, developed, planned, and drafted the complaint against CREW to the IRS, which ChristinePAC later filed with the IRS in July 2011. Yet two years later, the IRS has done nothing. Melanie Sloan's parents are big donors to former Delaware Senator Joe Biden and CREW attacks conservatives. Don't expect the IRS to hold liberals responsible for anything.