Warning: mysqli_free_result() expects parameter 1 to be mysqli_result, bool given in /var/www/html/americanthinker/admin/common/functions/func.general.php on line 126
 Propagandizing the Plebs: The Common Core Curriculum Meets The GED - American Thinker
|

Propagandizing the Plebs: The Common Core Curriculum Meets The GED

Adult basic education and GED programs, with about 800,000 students taking GED tests each year, serve a segment of society that escaped government schools, including many homeschoolers. But the national propaganda effort called the Common Core Curriculum is spreading its tentacles to them.

While many may not take the GED seriously, calling it the "Good Enough Diploma," consider that quite a few homeschoolers take GED tests as a way to cancel out high school attendance requirements and lessen the record-keeping burden on home educators caused by compulsory attendance laws in every state. 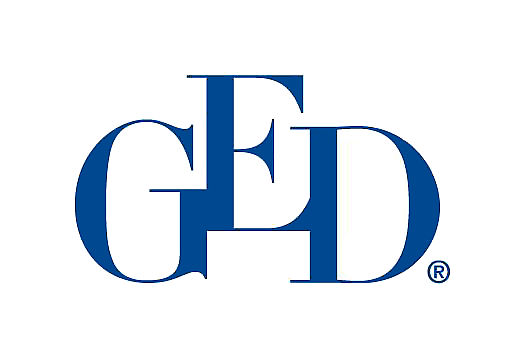 Thus, aligning GED with Common Core has the potential of erasing all the efforts and sacrifices the homeschooling parents have put in to protect their children from the centralized indoctrination. You can run but you can't hide from the omnipresent Big Brother: the new GED workbooks and requirements will still drag many of their children through the biased Common Core curriculum.

What exactly is in store for today's two million homeschoolers and the hundreds of thousands of American adults taking the GED test annually?

In March 2013, New Readers Press, a publishing division of ProLiteracy -- the world's largest organization of adult

basic education and literacy programs -- released a revised edition of its bestselling Scoreboost series for the 2014 GED test. With eight supplemental workbooks on the mathematics, language arts, science, and social studies tests, the new series is aligned with the Common Core State Standards and has been expanded, according to the publisher, "to cover the complexities of the new math test as well as the analytic writing required by the extended-response items."

New extended-response items on the GED test will provide students with one or more source texts followed by a prompt or question, and the answers will be scored with a three-trait rubric. According to the Social Studies Extended Response Scoring Guide, a maximum of 3 points will be awarded in Trait 1 (Creation of Arguments and Use of Evidence) if the student can "generate a fact-based argument that demonstrates a clear understanding of the historical relationships among ideas, events, and figures as presented in the source text(s) and the contexts from which they are drawn"; can cite "relevant, specific evidence from primary and/or secondary source text(s) that adequately supports an argument"; and is "well connected to both the prompt and the source text(s)".

But what if the source text is wrong on facts and presents a narrow set of partisan political beliefs - in addition to being poorly written and downright confusing?

Below is an excerpt from a larger Social Studies Extended Response, found on page 52 from Writing Across the Tests: Responding to Text on the Language Arts, Social Studies, and Science Test, entitled, "Does Foreign Aid Really Help?"

Those who support sending aid to poor countries do so because poor countries often have high levels of poverty, poor educational systems, an ineffective police and judicial force, and limited public services such as healthcare, transportation networks, and banking systems. They believe that when living conditions are this poor, crime levels tend to be higher. Poorer countries, because they have weak governments, often have areas that attract terrorist groups because no one is there to stop them from pursuing those types of activities. Thus, poor countries are often home to terrorist groups that are free to plan and carry out attacks on the rich, industrialized nations, without fear of being stopped. This is in fact [italics mine] what happened on 9/11 when terrorists from Afghanistan hijacked planes and carried out attacks on the United States.  In this case, the terrorists originated in a country that had received large amounts of foreign aid from rich countries. Apparently, it didn't work.

And here is the following test prompt:

Should rich countries continue to give aid to poor countries, or should they stop giving aid? Develop an argument that supports your position, and make sure to use specific details to help develop your ideas.

The dictionary definition of "indoctrinate" is "to imbue with a usually partisan or sectarian opinion, point of view, or principle." This is exactly what will happen when GED students are required to generate ideas, attitudes, and cognitive strategies based on the above misleading and purely sectarian "progressive" worldview, which disregards the proven beneficiary power of the free markets, misconstrues the motivation of Islamic terrorists, and misrepresents the identities of the 9/11 hijackers, who were, for the most part, educated Muslim Arabs from well-to-do families in oil-rich countries that, in fact, send plenty of foreign aid to support Islamic extremism around the world.

The source text on Global Warming (Page 54) provides a statement that global temperatures are increasing, followed by two theories that explain it -- the use of fossil fuels and deforestation -- both of which attribute Global Warming to human industrial activity and population growth.

Omitted in this "scientific text" is the existence of other scientific data and theories, for example, the cyclical nature of the planet's climate and the impact of solar activity on Earth's temperatures. Nor does it mention the fact that the concept of man-made global warming is most actively promoted by those politicians who have a vested interest in imposing government regulations, which would allow them a greater control over the economy and people's lives.

The students are then asked to write a short essay, within approximately ten minutes, with a "correct" explanation of "how human activity has directly contributed to the rise in the concentration of greenhouse gases in the Earth's atmosphere," using "multiple pieces of evidence from the text to support their answer."

A dictionary defines "leading question" as "a question phrased in a manner that tends to suggest the desired answer, such as What do you think of the horrible effects of pollution?" They may as well have used this new GED workbook as an example.

Apparently New Readers Press is well aware of bias in writing and the difference between fact and opinion, stating:

When a statement is made to appear true because it is related to known facts, but is not itself a fact, speculation has occurred. Be on the lookout for statements that may be mere speculation rather than solid facts. (Thinking Skills: Critical Thinking for Reading, Science, and Social Studies - Strategy 10 page 30).

Unfortunately, the publisher doesn't apply this principle to its own materials, which not only mislead the students with biased allegations, but also require them to use these inaccurate statements to develop an argument in an essay, thus adding even more legitimacy to prejudicial assertions.

As a concerned educator, I called the publisher and received a quick and rather amicable email response. The editor was open to the idea of rephrasing the inaccurate language and even offered to preface the questionable passages on foreign aid with a disclaimer that they should be taken as editorials.

While I am sincerely grateful for the courteous concession, I'm not in the mood for celebration. How many watchdog activists will it take to sift through all the Common Core materials once it launches nationally, and will future responses, if any, be as courteous when the curriculum is supervised and mandated by the federal government?

The GED Test is currently used by all 50 U.S. states, the District of Columbia, U.S. insular areas, Canadian provinces and territories, the U.S. military, and federal correctional institutions for the purpose of awarding a high school graduation equivalency credential.

Many GED students lack background knowledge about government processes, historical facts, and the context in which they occur. It is imperative that resources used to help students gain this knowledge be above political opinion or biased representation.

Until now the United States has benefitted from its decentralized, compartmentalized political system, whereby various economic, political, and educational concepts could originate and be tested in individual states and localities before they were shared with others. If they were useful, other states would learn from these practices and willingly implement them within their own jurisdictions. If they were harmful, they would die out without inflicting major damage on a national scale.

The initiative to centralize public education changes that, bringing it closer to the erstwhile Soviet model.  My husband, who lived and started his working career as a teacher in the USSR, remembers the imposition of identical, centrally planned curriculum on every cookie-cutter school nationwide.  The main reason for such mandatory conformity was to maintain a total ideological control and compliance with policies of the totalitarian government. All other aspects of education were secondary to that prime directive.

What possible purpose can centralized education have in the United States if not to channel the same ideological conformity to American students, making it easier for the federal bureaucracy to control the educational content?

As history and culture of the Department of Education indicate, this isn't a mere theoretical projection. The educational career and legacy of Bill Ayers alone should raise enough red flags not to allow any centralized educational system to be implemented. Even if it may appear benign at first, the prevailing political tendencies in today's academia will inevitably turn such a system into a conduit of ideological indoctrination.

Once Common Core is nationally implemented and federally enforced, public education will become just another word for a forcible indoctrination of our children to induce them to give up their parents' political, social, or religious beliefs and attitudes and to accept contrasting regimented ideas. This is the dictionary definition of brainwashing.