Philip K. Dick and Our Predicament

I've been thinking about Philip K. Dick quite a lot in recent months.

Philip K. Dick, for those who pay no attention to such things, is the writer who, without ever expressly intending it, transformed the often shabby and degraded genre of science fiction into something resembling art.

From the early 1950s through the 80s, Dick wrote several dozen extremely quirky and individualistic novels foregoing the themes of most SF in favor of his own preoccupations. These were written in large part for low-rent paperback houses like Ace and Belmont for $500 on the barrelhead, and no expectation of another dime, the concept of "royalties" not having penetrated that far down. (At least not as far as Ace, which pocketed some $40,000 belonging to Dick that had to be shaken out of them decades after the money should have been paid.)

To financial woes we can also add a disorderly personal life of the type that thrived in California and virtually nowhere else during the 50s. Dick had four -- or was it five? -- different wives, to all of whom he was paying alimony at one time or another. He became involved with drugs -- preferring speed above all else -- to the point that it damaged his vascular system. He had a weakness for losers, druggies, and the mentally ill (including one of his wives). He is one of the few who ever deliberately chose to move from bucolic, bohemian Marin County to mad, bad LA. At one point he annoyed somebody enough for his house to be broken into several times and his personal files thoroughly trashed.

In the early70s, he had a religious epiphany in which he was enveloped by a light of overwhelming intensity (he compared it to "a pink laser beam"), that imprinted a vast 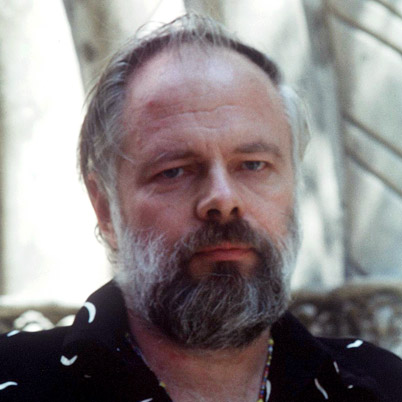 amount of information on his brain. Very druggie, and very California. ...except for the fact that much of information, dealing with things he could not have known, such as details about his publishers bilking him and his agent jerking him around, proved to be completely correct. Utilizing this supernormal windfall, Dick got himself straightened out and got his career back on track. He spent the rest of his life trying to work out what had actually happened, eventually settling on a kind of Christian/Gnostic interpretation that gained new layers with each telling. That led to three novels (the "Valis" trilogy) and a million-word "Exegesis." (So highly did he value the "Exegesis" that, during his final hospital stay, he arranged for a close friend to rescue it if he didn't return home. It was hidden, Dick said, in a hollow Elvis souvenir ashtray. If that's not a moment from a Philip Dick novel, I don't know what is.)

In the midst of all this noir-tinged chaos, Dick managed, amid considerable amounts of trash, to write several of the oddest, most individual, and most compelling novels of the postwar era. Though Dick used the standard trappings -- space travel, alternate worlds, alien planets and races --, he used them in his own unique fashion. There are no universe-girdling expeditions, no massive projects, no bare-chested heroics, no James T. Kirks or Luke Skywalkers in Dick's universe, only a parade of the small, the harried, the unlucky. A mentally-ill child terrified by his visions of the future that awaits him. A cop sick unto death of his job of hunting down androids. A doctor who agonizes, in the midst of an interstellar war, over how to deal with his brain-damaged wife. (The war is actually the least of his problems.)

In his final years, Dick got a taste of the good life when his novel Do Androids Dream of Electric Sheep? became the basis of Blade Runner, a film that reflected his personal vision a lot more than might be expected from Hollywood. Since then four other films have been made from his work, including Spielberg's Minority Report.

There was a sudden flurry of interest in Dick in the md-90s, such as often occurs a decade or so after an author's death (as it did for Evelyn Waugh and C.S. Lewis, but not for Thornton Wilder or Anthony Burgess). His work drew interest from critics and members of the literary establishment who would have rather have been flogged than be seen reading one of his Ace paperbacks. It culminated in a Library of America edition of his novels, certainly more deserved than many better-known writers. While Dick was simply too quirky to become an exemplar, his place in 20th-century American fiction is secure.

During his lifetime Dick was considered to be an oddball even in the oddball world of science fiction. He was too strange, too at odds with the consensus. Mid-century SF was almost ideological in its worldview. Everyone "knew" that the space program would continue after Apollo to explore and colonize the moon, Mars, and the outer planets. Everyone "knew" society would be run the big mainframe computers, with everything calculated and in its place; everyone "knew" that atomic power would provide endless cheap energy...

But in Philip Dick's world technology is twitchy, with endless glitches, often open to abuse and exploitation by unsavory elements both in and out of government. Reality itself cannot be depended on -- it can collapse under your feet like a rotten stairwell. Nothing is what it seems -- even a beloved pet can turn out to be a product with an expiration date. Government officials can simply be simulations, if they exist at all. Threats can appear out of nowhere, often irrationally or even whimsically. To escape all this, the public retreats into drugs or obsessions with apparent trivia -- games, "setups" for dolls, hallucinatory virtual worlds. A functional aristocracy has returned, creating a kind of techno-feudalism -- (think of Tyrell, abiding alone within the peak of his vast pyramid in Blade Runner). Dick's world can kill you in a nanosecond without anybody wondering why or even paying much attention.

The consensus SF world is long gone. The gleaming spacecraft, the extraterrestrial colonies, the world-transforming breakthroughs -- it just didn't happen that way. Furthermore, we know enough today to realize that it couldn't have happened that way.

But Dick's world -- that's something else again.

Consider the reality we're living in today. Schoolchildren kept in line by use of drugs such as Ritalin and Adderall. Technology that is as exasperating as it is necessary. Criminal syndicates operating at the speed of light from the other side of the world. A president with a record so convoluted and opaque that it's impossible to tell what is false and what isn't. (See Dick's short story, "The Mold of Yancy," in which a presidential candidate is totally unavailable and never seen outside of his video ads, because, it turns out, he doesn't actually exist.) Masses of people living in virtual alternate universes -- game clubs, social media -- in preference to dealing with the world as it exists. An encroaching surveillance state intent on tracking every living individual at all times under every possible circumstance. A would-be aristocracy slowly separating itself from the masses. Effectively invisible weapons that can kill from high altitude without the victim even knowing he was targeted.

What is this but a Philip K. Dick universe?

Dick, it seems, was a far superior prophet than the colleagues who disdained him, because, unlike many of them, he had a line on human nature, which never changes.

So what does Dick have to say about surviving and prevailing in this world?

Dick had no political solutions. His personal politics was as convoluted as the rest of his personality. He was a man of the "left," but, like Orwell, very much a left of his own devising. He was once thrown out, within a period of weeks, of meetings by the local GOP and the Communist Party, in both cases for asking penetrating questions. He had no use for authoritarian systems (His short story "Faith of our Fathers" is one of the eeriest condemnations of communism ever written, in which the leader of a victorious worldwide communist party is indistinguishable from death itself. When he grips the protagonist's arm, he leaves stigmata that continue bleeding and refuse to heal.)

Dick's political awareness was not so much undeveloped as developed to a point where he fully recognized the futility of politics.

Instead he focused on human decency, as expressed through empathy and sacrifice. In his work, characters often come through by doing the hard thing at the right moment. The secret police chief who refuses to execute the man indirectly responsible for his insane sister's death, simply because the man is not guilty. The odd little guy who builds carts for rejected AI missile guidance systems and sends them off into the world "to give them a chance." The young woman, drugged and hallucinating, who thwarts an SS assassin out of something like pure instinct. And that doctor, who with his political connections can have just anything he wishes done for him, but who decides to return to his crazed and deteriorating wife because he couldn't live with himself otherwise. (After -- and here's the Phil Dick mystique -- an intense and emotional discussion with an automated flying cab.)

This is what Dick has to offer -- something beyond mere politics; a glimpse at what makes us human. The moral law within, the ability to tell good from evil without actually being able to define them. In a literary world teeming with Mailers, and Vidals, and Thompsons, overrun with the cynical, and the vicious, and the twisted, Philip Dick stood alone in his defense of the human values.

There was never anyone else quite like Philip K. Dick and we will not see his like again. He was a product of his times, and conditions have changed. But living as we are in a Dickian world, with its falsity and hidden threats, there is much that we can learn from him on how to survive and prevail. While it may not be a pink laser beam telling us all we need to know, it could well be enough.