Philadelphia abortionist Kermit Gosnell was convicted yesterday on three counts of first-degree murder, not to mention a slew of other charges, including involuntary manslaughter (for the death of 41-year-old Karnamaya Mongar), infanticide, and abortions past Pennsylvania's legal limit.  One prosecutor is reported to have burst into tears upon hearing the verdict.

Pro-life groups expressed gratitude at justice served.  The Susan B. Anthony list released a statement "affirm[ing] the verdict," and StandTrue's Brian Kemper proclaimed the decision "an important victory for every baby who has ever been killed under the guise of choice."  Troy Newman, president of Operation Rescue, declared himself "ecstatic":

For the first time, America has gotten a long hard look at the horrors that go on inside abortion clinics. We see documentation of similar shoddy practices in other abortion clinics across our country. Gosnell is not alone by any means. Now it is time for America to do some real soul searching and decide whether the abortion cartel's unaccountable and out-of-control abuses of vulnerable women are really how we want to treat each other.

Operation Rescue, along with J.D. Mullane of PhillyBurbs.com, has exhaustively reported on the Gosnell trial from the outset -- two among precious few media outlets to do so.

Lila Rose, president of Live Action, expressed caution in her acceptance of the Gosnell verdict:

Dr. Kermit Gosnell's gruesome and inhuman crimes in Philadelphia cried out for justice, and now -- for three of his born and struggling victims, at least -- justice has been served.  Even as we celebrate this verdict, we honor and mourn as well those among our nation's weakest children who did not receive "their day in court" -- and we must remember that Gosnell is not an outlier within the abortion industry.  We cannot allow these "guilty" verdicts, welcome as they are, to make us complacent when it comes to the continuing abuses happening even now in abortion facilities throughout our nation.

Rose brings up an important point: in a culture dominated by the 24-hour news cycle, it will be easy for Americans to consider the abortion issue closed with the Gosnell verdict.  The pro-life movement's challenge, as Rose says, is to keep the American people focused on how common Gosnell-like practices are in the abortion industry, and on all the unsung victims abortion effects.  That is one of the main points behind Live Action's Inhuman investigation, currently in progress -- that "Gosnell is not alone."

Pro-abortion organizations, meanwhile, used the Gosnell verdict as best as they could to promote their sacred cow.  In a statement from NARAL Pro-Choice America, for example, president Ilyse Hogue schizophrenically condemned Pennsylvania authorities for ignoring abortion laws ("the gross negligence of authorities to enforce the law after complaints were filed against Gosnell") in one paragraph while lobbying in another for the repeal of abortion laws ("NARAL Pro-Choice America's annual Who Decides? publication has given Pennsylvania an 'F' grade precisely because it has passed medically unnecessary laws that restrict access to safe and legal abortion care.").  A NARAL tweet in the same vein drew withering criticism, prompting NARAL to double down (to similar effect).  The organization, originally called "the National Association for the Repeal of Abortion Laws," might do well to recall that Gosnell operated not as a "back-alley" abortionist, but rather as a legal practitioner for decades. 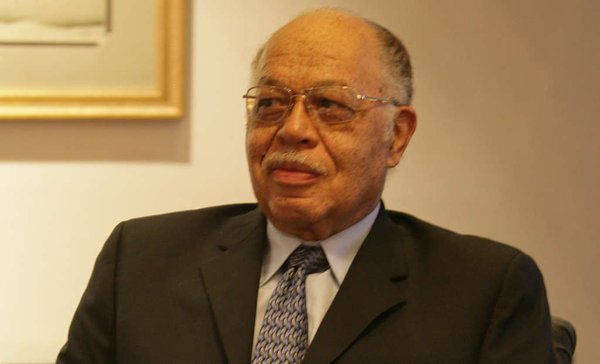 Planned Parenthood, the largest abortion company in America, tweeted, "A just verdict. The jury has rightly convicted #Gosnell for his appalling crimes, ensuring no woman is victimized by him ever again."  (Planned Parenthood CEO Cecile Richards joined in, lukewarmly.)  Commentators came out in force, noticing the creepy evasiveness (quite common when Planned Parenthood is forced to address its grisly handiwork) with which the abortion giant ignored Gosnell's infant victims.  As Lila Rose put it, "Why is @PPact ignoring the infant victims of Kermit #Gosnell? Horrifying that the humanity of the child is 'bad for business.'"

Kermit Gosnell easily makes for the most headline-grabbing phenomenon to damn the pro-choice worldview at this time, but he is by no means the only one.  Notorious abortionist LeRoy Carhart killed a 33-week pregnant woman in February; Jennifer Morbelli died of complications from Carhart's abortion procedure after Carhart himself refused to pick up his phone to help the ailing woman.  Planned Parenthood of Delaware was forced to close in April after two nurses quit for fear of losing their licenses; the women condemned the facility as running a "meat-market style of assembly-line abortions," adding that "I couldn't tell you how ridiculously unsafe it was."  Abortion facilities continue to shut down, either because they are completely filthy or because they refuse to abide by the same rules as hospitals and other surgical centers.  Fence-sitters in the abortion debate should wonder why abortion clinics typically are less stringently regulated and get less frequently inspected (if at all) than tattoo parlors, veterinary clinics, and hair salons -- and why organizations like Planned Parenthood and NARAL fight tooth and nail to keep this lopsided order on its head.

Former president and famed redefiner of words Bill Clinton used to bloviate that he would see abortion "safe, legal, and rare" -- and his sycophants ran with the slogan.  Since then, the Democratic Party have given up on "rare," striking it from their platform and replacing it with "regardless of ability to pay" (that is to say, forcibly funded by taxpayers).  Meanwhile, the Gosnell trial, and the extensive documentation of other Gosnells yet unpunished, proves that no number of laws can make abortion "safe" -- not for the woman, and certainly not for the dismembered, scissored, and suctioned innocent child.  It might make sense, then, to finish off this insidious trifecta and do away with "legal."

Yet our current president -- a bloviator to rival Clinton -- tries to invoke God's blessing for Planned Parenthood, declaring that the abortion giant "is not going anywhere," and gleefully tweets about free birth control on Mother's Day.

Hopefully the horror-novel quality of the Gosnell trial and verdict will help Americans -- even those who steadfastly refuse to look this evil in the face -- see through the gesticulations of the most creepily pro-abortion president in our nation's history and face facts.