Warning: mysqli_free_result() expects parameter 1 to be mysqli_result, bool given in /var/www/html/americanthinker/admin/common/functions/func.general.php on line 126
 'Let Me Be Clear' - American Thinker
|

'Let Me Be Clear'

By Lauri B. Regan

While Obama hit the links for his 123rd round of golf since entering office (Sunday's foursome included Kathleen Sebelius, HHS Secretary and the subject of one of the week's non-scandal scandals), White House senior advisor Dan Pfeiffer hit the Sunday talk-show circuit. Reminiscent of Susan Rice's Sunday talk-show blitz during which she lied to the American people about what happened in Benghazi on September 11, 2012, Pfeiffer paraded from show to show in attempts to clean up Obama's messy week. It felt a bit like "Sesame Street" as it became clear that the word of the day was "irrelevant."

On CBS' "Face the Nation," Pfeiffer responded to a question by Bob Scheiffer about the editing of Rice's Benghazi talking points by proclaiming,

What we do is we want to go out and speak to the problems as they happen. And what's important here is that when problems happen, the President takes responsibility for them and tries to fix them. That's what we're talking about in Benghazi. It's an absolute tragedy what happened. The question isn't, 'Who edited what talking points?' That's largely irrelevant.

Parsing that response we find first that the president wants to speak to problems as they happen. In the context of his friend Henry Louis Gates, Jr.'s arrest and calling the Boston police stupid, this sounds very much like the Obama we all know. When it comes to 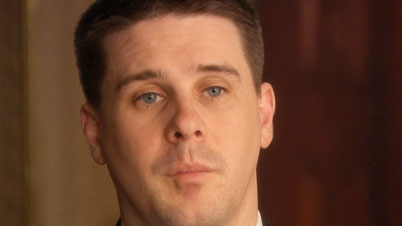 national security, not so much as the families of Ambassador Stevens and the other Benghazi victims can attest.

The second sentence declares that the president takes responsibility for problems. Coming from the man who has blamed everyone from George W. Bush and Rush Limbaugh to Fox News and Wall Street fatcats for every poor result of his failed policies, this is simply absurd. In addition, coming from the man who now has America either doing nothing or leading from behind on the international stage and whose domestic policies are snowballing into disasters that will take decades to repair, claims of fixing problems is simply laughable.

Unless the reference to "fixing" a problem refers to Obama's own mess. Then we know it means that you bring in the Chicago goons and have them clean things up much like Winston "The Wolf" Wolfe did in Pulp Fiction. As The Wolf stated,

[I]f self-preservation is an instinct you possess, you better fucking do it and do it quick... If I'm curt with you it's because time is a factor. I think fast. I talk fast. And I need you guys to act fast if you want to get out of this.

(Rep. Jason Chaffetz (R-Utah) of the House Oversight Committee is down with the Wolf, being quoted as saying he is "tired of waiting for answers from the 'self-preservationists' in the White House who continue to protect Obama from scrutiny.")

Schieffer made an important point when he ask Pfeiffer why the PR offensive on the Sunday talk shows was being made by people who are... well, irrelevant:

Why indeed! Scheiffer likely understood that the clean-up crew had been sent in -- not just to take the fall as Rice did (paying the price in the form of a cabinet position) but to spread the lies and push the disinformation campaign that defines the Obama presidency. We all understand that the clean-up crew is only necessary when things get messy.

Pfeiffer also spoke with Chris Wallace on Fox News Sunday. In response to repeated questions attempting to learn where Obama was the night of the Benghazi attacks, Pfeiffer declared, "that's a largely irrelevant fact." Really?! The Commander-in-Chief is MIA during a seven-hour attack on an American consulate that resulted in the death of four Americans including the first murder of a U.S. ambassador in three decades and his whereabouts are irrelevant?

If it is so irrelevant where Obama was during this terrorist attack, why did the man who basically claimed full responsibility for the killing of Osama bin Laden plaster the Internet and newspapers with a picture of himself sitting in the situation room when the Navy Seals went in? For that matter, why did the media and the left attack GWB for maintaining grace and dignity after learning about the 9/11 attacks by finishing the book that he was reading to grade schoolers but the whereabouts of Obama 11 years later is "largely irrelevant?"

Finally, Pfeiffer was asked on ABC This Week whether the president believes that the actions taken by the IRS violated the law. To that question Pfeiffer averred, "The law is irrelevant." This is coming from the guy who Obama chose to parade to the American public while he played golf and who promised that the president takes responsibility for problems while hoping to fix them. But if our constitutional law professor of a president (who is also supposed to be the most brilliant man since Einstein) cannot opine on the legality of clearly illegal actions, one has to wonder how many brain cells he burnt out smoking all of that pot while he hung out with the choom gang.

It seems to be the answer of the administration whenever they're caught doing something they shouldn't be doing is I didn't know about it and it caused me to wonder whether they believe willful ignorance is a defense when it's your job to know.

And perhaps Obama will get away with this as he has gotten away with vapid spin to date. But from where I sit, Pfeiffer has proven no more effective a cleanup guy than was Susan Rice eight months ago.

None of the questions posed to Pfeiffer were complicated or difficult to answer. Where was the president during the Benghazi attack? Was he in the situation room, was he watching a basketball game or perhaps playing some hoops himself? Was he in bed? The American people want to know and we have a right to know. That question goes directly to who is running the country and since the citizens elected Obama and not Valerie Jarrett or any other member of his clean up crew, an answer should be forthcoming.

Who edited the talking points? Considering the number of lies that have emanated from the WH since the night of the attack, once again, the American people -- and the victims' families -- have a right to know who was responsible for the spin. A massive cover-up is falling apart and all of this information is most certainly relevant. The only reason for claims of irrelevancy is if the truth would implicate the president.

Richard Nixon famously used to say, "Let me make one thing perfectly clear." Obama's favorite catch phrase is also, "Let me be clear." Ironically, Watergate proved that Nixon was far from clear. And Obama has not been clear or transparent since taking office. And no matter how much fast talking they throw at the American people, Dan Pfeiffer, Susan Rice, and the other Obama fixers are not even close to solving the problems that are facing this administration.

All of the claims of irrelevancy are not going to change the fact that what these scandals call for is honesty. The Wolf simply arranged for the murder scene to be cleaned up with some household cleaners. Perhaps Obama was hoping the media would serve a similar role and expunge the blood on his administration's hands. But the American people deserve more and if history is any guide, let me be perfectly clear is no longer going to suffice.