The Rising Price of Civilization

Supreme Court Justice Oliver Wendell Holmes famously opined: "Taxes are the price we pay for civilization." Right, but that price is rapidly rising. Might we be paying for more "civilization" than we can afford?

When I filed my 2013 Personal Property Declaration with Jackson County, Missouri, I noticed that most of what the county assesses concerns transportation -- automobiles, boats, motorcycles, RVs, airplanes, and the like. My declaration was for "all the tangible personal property made taxable by the laws of the state of Missouri, which I owned or which I had under my charge or management on the first day of January."

So if it's late in the year, smart Missourians postpone buying a vehicle until after New Year's Day. That way they won't have to pay property taxes for an entire year on a car they owned only at the end of the year. (Buying a new car in late December is something an émigré from Kansas might do.)

The county also needs to know the "market value of all farm machinery & equipment," which is a mite strange in 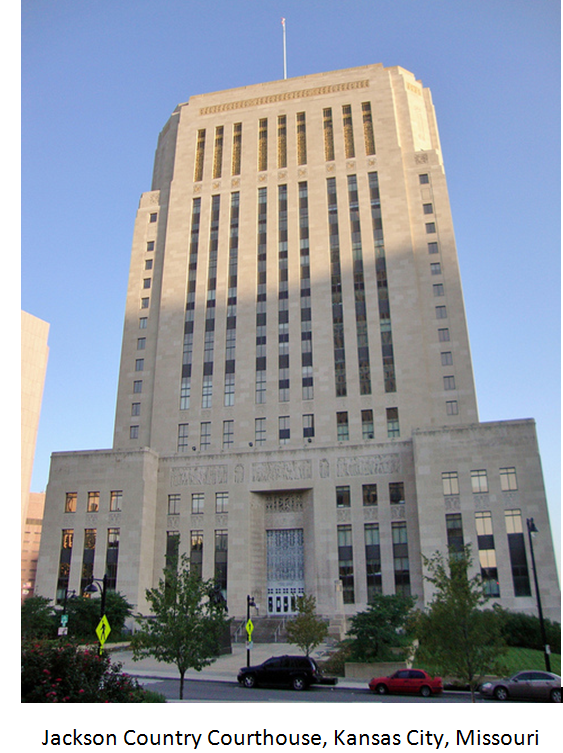 that Jackson County is largely urban. Inspecting my personal property declaration a little further, I noticed in the lower left that I had to list my barrows, gilts, replacement ewes, sows and other livestock. If my animals reproduce, I pay taxes on their newborns. Why can't I just declare them as dependents?

Finally, I read this: "market value of all grain & other agricultural crops in unmanufactured condition." But what if I'm farming just to feed my family? Is this some nightmarish extrapolation of Wickard v. Filburn, some misbegotten vestige of the New Deal? At least they seem to want to leave my victory garden untaxed. Or does that fall under: "other agricultural crops in unmanufactured condition"?

The thing is, Jackson County hasn't the means to inspect every farm to see how many piglets were whelped and calves were dropped and how much grain's on hand. This is especially so if, as noted above, all the inspections are conducted on January 1. Last time I checked, New Year's Day is a holiday, as well as a Big Game Day.

Missouri amended its constitution to exempt household goods, such as furniture and apparel, from property taxes. That was a relief as there are few limitations on taxation, and property taxes could involve police powers that many Americans wouldn't want to put up with. Imagine "tax assessors" coming to your home and rummaging through your stuff just to see if your personal property tax declaration is accurate. ("Detective, was this Ethan Allen armoire on this guy's personal property tax declaration?""No, officer, and neither was this brazier".)

The government is big on taxing tangible property. But why stop there? Why not tax the intangible as well -- even the ephemeral? The president is big on solar power, so let's tax sunlight. And just as we have "thought crimes" (i.e. hate crimes), we can have taxes on thought.Why not tax this idea I have for the Great American Novel that concerns this poor wretch struggling to comply with the regime's Byzantine tax system? It's sure to make a ton of money, and hey, that'll be taxed, too.

Latter-day lawmakers never seem to remember that this nation was founded by a bloody revolution caused, in part, by unreasonable taxation. Despite that, one state legislature imposed a pole tax (sic) for attendees of "gentlemen's clubs."

Every expense the government heaps on us can be thought of as a tax. The costs of sensitivity training (re-education?) and diversity programs are taxes. The expenses businesses take to prevent lawsuits (defensive management?) are taxes. The costs of compliance with the Americans with Disabilities Act are taxes, and especially onerous ones for small businesses. And right when you've retired and are beginning to look Eternity squarely in the face, the IRS up and complicates your taxes with even more forms and worksheets. (Are they taxing your patience?)

But regardless of how many types of taxes they institute, government will still spend more than it takes in. And no matter how high tax rates are jacked up, it's never enough; government will still run a deficit. So while we're on the sins of government, let's not forget the "sin taxes", such as the tobacco tax.

Tobacco users ought to be miffed about the steep tax on their humble vice as it is supposed to be a dedicated tax. But tobacco tax revenue has become yet another government slush fund.As the tax on tobacco continues to rise, tobacco users should consider growing their own. But they may have to pay property taxes on their crop.

It remains to be seen whether, in addition to sin, Congress will tax virtue. If lawmakers do indeed plan to tax virtue, they would do well to take note of a corollary of an old axiom: If you tax something, you get less of it.