Warning: mysqli_free_result() expects parameter 1 to be mysqli_result, bool given in /var/www/html/americanthinker/admin/common/functions/func.general.php on line 126
 Little Anthony Freemont's Twilight Zone is Our Reality - American Thinker
| 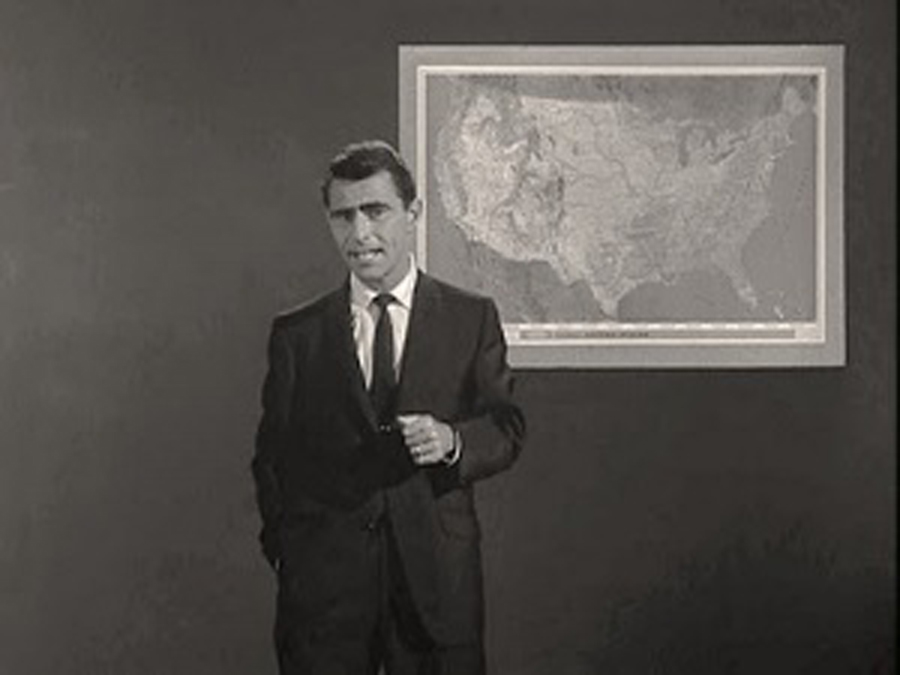 Remember little Anthony Freemont, played by cute little Billy Mumy, in one of the "Twilight Zone's" most famous episodes?

In the opening sequence Rod Serling informs us:

. . . and the people there have to smile. They have to think happy thoughts and say happy things because once displeased, the monster can wish them into a cornfield or change them into a grotesque, walking horror. This particular monster can read minds, you see. He knows every thought, he can feel every emotion." 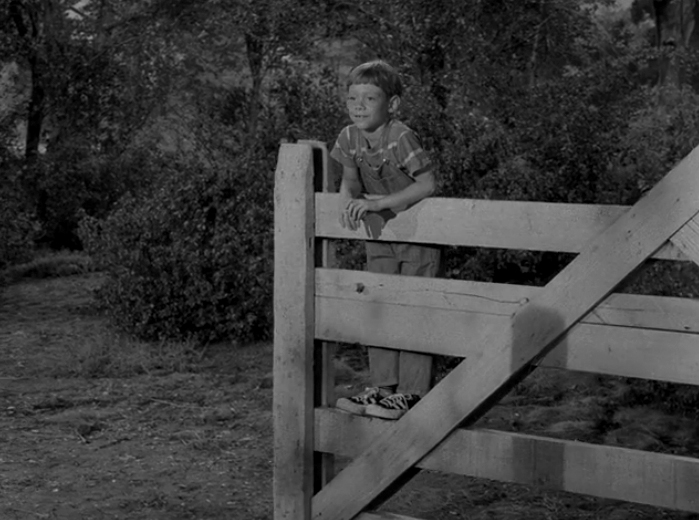 We then see young, freckle-faced Anthony playfully swinging on a paddock gate, as Serling continues:

"The monster . . . is a six year old with a cute little boy face, and blue, guileless eyes. But when those eyes look at you, you better start thinking happy thoughts, because the mind behind them is absolutely in charge."

"It's a Good Life," concludes with a further warning from Serling:

" . . . We only wanted to introduce you to one of our very special citizens, little Anthony Fremont, age six, who lives in a village called Peaksville in a place that used to be Ohio. And if by some strange chance you should run across him, you had best think only good thoughts. Anything less than that is handled at your own risk, because if you do meet Anthony you can be sure of one thing: you have entered the Twilight Zone."

The story is as timeless as it is engaging because its premise resonates as true: If a six year old were to have unlimited powers, it is highly likely he would choose to shape the world around him in a way that would demand fealty from all those in his orbit, and like Anthony, would lash out and either punish or banish those who did not maintain the constant illusion of obeisance. The fact that Anthony can read minds and feel emotions makes it imperative that those around him reject even fleeting thoughts that might oppose Anthony's will or make critical judgments about his behavior.

Anthony's Dad (smiling): "Why, everybody loves you, Anthony! They love you, son! You're everybody's favorite!"

Anthony (scowling): "I heard somebody think one time . . . that I shouldn't wish away all the automobiles and things . . . they thought it wasn't good that I did that . . . He shouldn't have thought those bad thoughts. That's why I made him go on fire." 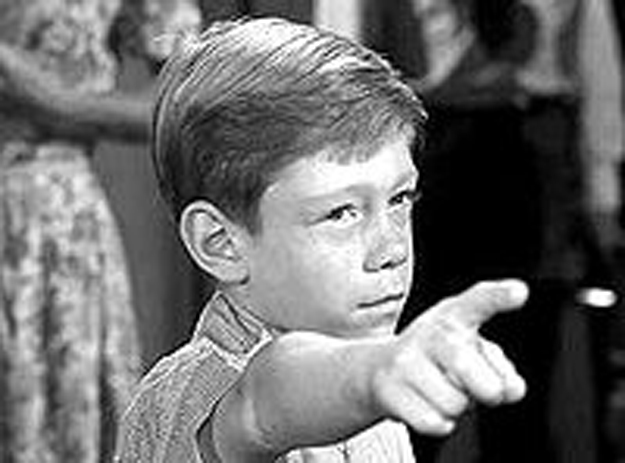 The adults in Anthony's world live in constant terror. Monster is too general a descriptor for Anthony: he's a murdering tyrant.

We have entered the "Twilight Zone." The spirit of Anthony Freemont rules our collective psyche, dictating our behaviors. And who is the Tyrant possessed of the spirit of little Anthony? Progressive ideologues. And while they don't have the same super powers that Anthony was endowed with, they do indeed wield a power just as brutal and effective as Anthony's: political correctness.

Political correctness seeks to silence all opposition to the advancement of progressive ideology. Those who manipulate the power of political correctness appear on the surface to be the good-hearted, the vulnerable, and the victimized. Whether as individuals, as organizations, or as cultural groups, they present a picture of innocence and goodness, of unparalleled magnanimity and empathy. Yet like Anthony, their appearance is deceiving. They demand total fealty. And if you don't think the "happy thoughts" they want you to, their outward appearance gives way to vindictiveness and the same swift, disproportionate punishments that little Anthony meted out.

They want to be constantly affirmed, never challenged, never questioned, never judged. If they sense you don't agree with them, you are immediately judged to be a "bad person, with bad thoughts." They intimidate you into silence, until outwardly you only express happy thoughts, i.e., expressions of vigorous agreement with and the moral goodness of their will. For individuals and organizations who do not bend to their will, like Anthony, they wish their detractors out to the cornfield. Their version of the cornfield is the constant threat of social isolation, of being unloved and disrespected.

Pick any issue currently being adv 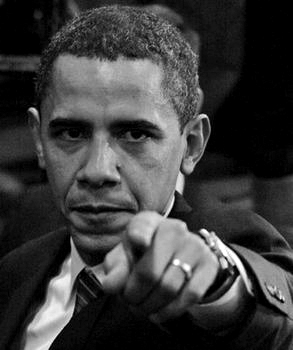 anced by progressives -- same-sex marriage, state-mandated free contraception, abortion, man-made global warming and strict gun control, to name a few. Publicly question or resist any of these and be prepared to be judged as an anti-science, homophobic, misogynist, racist, xenophobic, Neanderthal.

As with little Anthony, to attempt to enter into legitimate discussion or debate on these issues is out of the question, and met with severe consequences. Your have only two options: Start thinking "happy thoughts," or brace yourself for the cornfield.

Let's face it, the rise of political correctness is nothing more than the end of free speech in the United States and in westernized countries around the world. While appearing benign and guileless like little Anthony, the reality is that roiling vitriol exists just under the surface of these ideologues, waiting to lash out at the first sign of "bad thoughts."

When the Susan G. Komen for the Cure Foundation announced it was halting its contributions to Planned Parenthood last year, the spirit of Little Anthony Fremont leaped into action. In essence, Komen was guilty of not thinking "happy thoughts" about Planned Parenthood. The skirmish was never about breast cancer prevention and women's health. It was about demanding massive funding for the nation's premiere abortion provider. How dare Komen disagree? 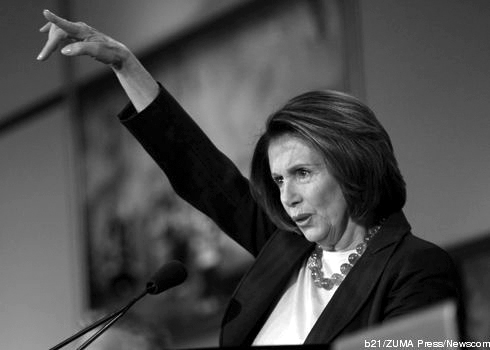 "The great, sleeping giant that is pro-choice America was startled awake this week -- and then, in about a nanosecond, proceeded to crush pro-life forces like a bug. Just steamrolled 'em, actually. It was extremely gratifying, I must say," wrote Boston Herald pundit, Margery Eagan.

Because it dared suspend contributions to Planned Parenthood, Ms. Eagan questioned whether the Komen foundation even deserves to continue to exist. Komen was immediately banished to the cornfield and has not quite found its way back.

Fast forward to the ongoing trial against abortionist Kermit Gosnell. He's accused of killing many babies born alive during botched abortion attempts, yet major networks and newspapers have ignored this story. With testimonies such as, "Gosnell taught me how to flip the body of the baby over and snip its neck with a pair of scissors to ensure 'fetal demise,' runs counter to the media's national narrative. The horrific truth currently lies abandoned in a cornfield.

An example which recently struck very close to home for me occurred after I wrote an opinion piece last year in the Washington Post expressing my opposition to same sex marriage. Although I am gay, I believe wholeheartedly that the definition of Marriage is immutable.

Despite the fact that I voiced my full support for civil unions, because I didn't think "happy thoughts" about same-sex marriage, I became the object of Anthony's wrath in hundreds of comments that were posted.

Within twenty-four hours, a page was created on a gay website with my picture, excerpts from my writings, and at last count, over one hundred mostly vile comments posted, all meant to intimidate and prevent folks like me from speaking up.

Others put on their Sherlock Holmes hats and sought me out on Facebook. Here's one which came all the way from Italy:

If Maryland would approve the repeal (it is quite possible a setback) i (sic) think that every suicide of a gay young in Maryland (sic) will be caused a little by your piece.

In all of these comments, not an ounce of intellectual curiosity was to be found. Just: "Call him Little Roy Cohn;" "He's the gay equivalent of Uncle Tom;" "He's just another republican house faggot. Pay him no mind." Wish him out to the cornfield.

More recently, we have witnessed Dr. Ben Carson, the most prominent member of Johns Hopkins School of Medicine, forced to withdraw as the school's commencement speaker. He was sent out to the cornfield because he dared to not join the chorus of "happy thoughts" about gay marriage. 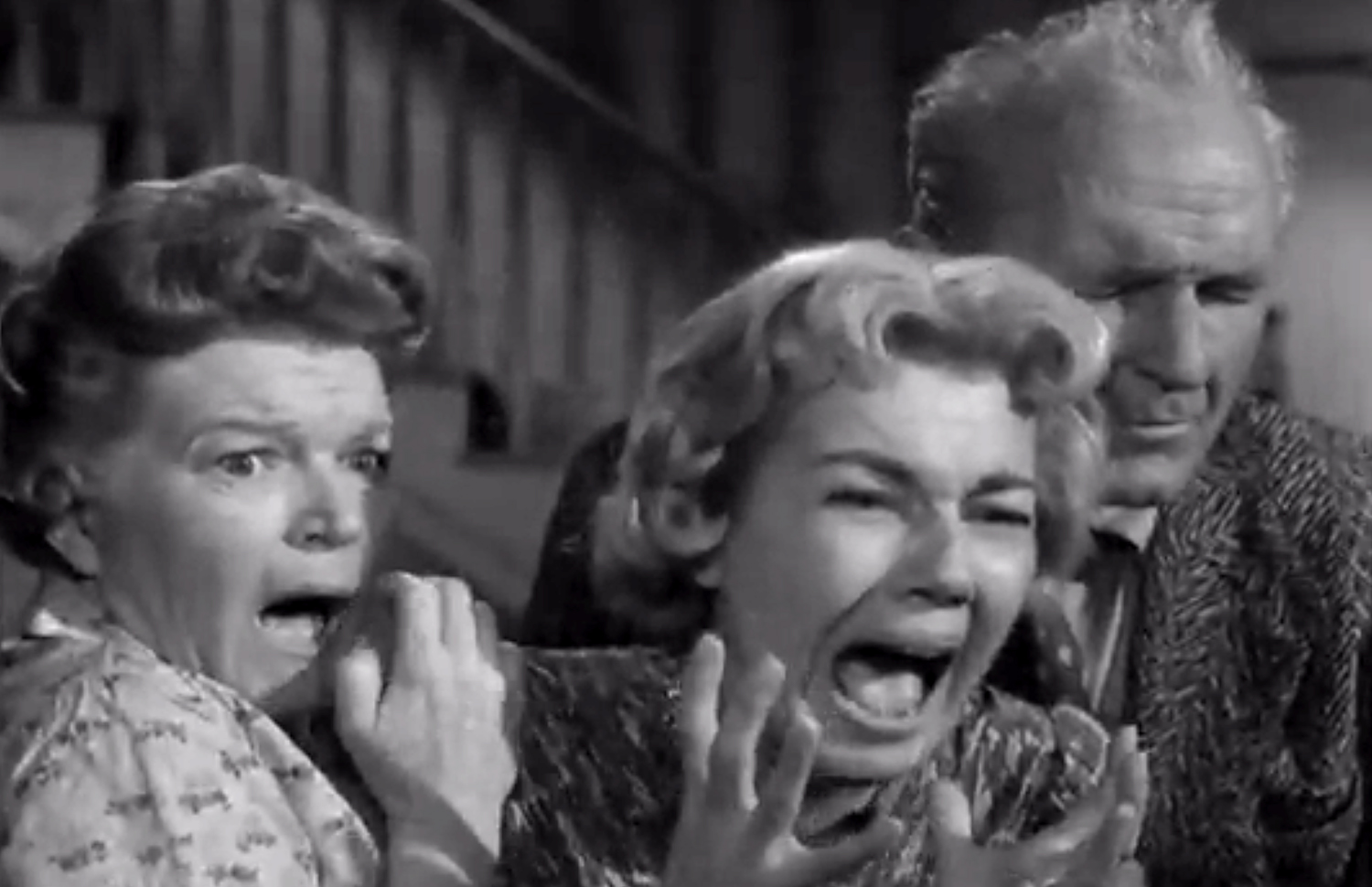 Progressives and their facilitators in the media want us to believe that the angels and archangels, the cherubim and seraphim, are singing the praises of genderless marriage. They want us to hear only the choruses of Senators and Representatives, NFL players, Conservatives, and Fortune 500 Corporations in magnificent harmony, proclaiming their belief in this implausible notion that two men or two women together is exactly the same as a man and a woman.

Remember: We are in the "Twilight Zone." This is not the heavenly chorus we now hear: It is the discordant jingles of opportunists, searching to be relevant, remunerated or reelected.

Dissenters from this message, are catapulted to the cornfield where their voices are less likely to be heard.

Let there be no doubt: The modus operandi of the Progressive movement is the same as that of little Anthony, silencing opposition from concerned adults by any means, all the while maintaining the outward, public appearance of being a sweet, innocent, smiling child.

Political correctness is a tool of tyranny, wielded skillfully by Progressives to silence and render impotent principled objection to the advancement of their cause.

We have come face to face with little Anthony Freemont. As it turns out, Rod Serling was right:

If you do meet Anthony you can be sure of one thing: you have entered the "Twilight Zone."

We have, indeed, met him. 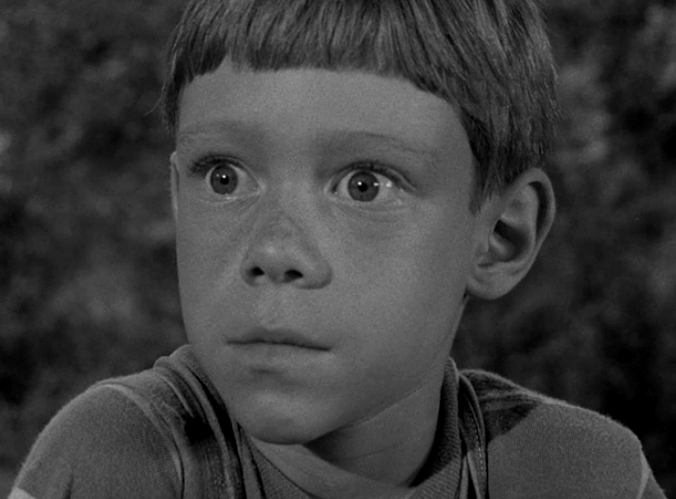