Warning: mysqli_free_result() expects parameter 1 to be mysqli_result, bool given in /var/www/html/americanthinker/admin/common/functions/func.general.php on line 126
 Has Benjamin Netanyahu's Apology Opened a Pandora's Box for Israel? - American Thinker
|

Has Benjamin Netanyahu's Apology Opened a Pandora's Box for Israel?

Israel's Prime Minister, Benjamin Netanyahu recently called Turkey's Prime Minister, Recep Tayipp Erdogan to apologize for the infamous Turkish flotilla incident that occurred back in May 2010. The reason that Mr. Netanyahu apologized?  His naval commandos, after repeated physical assaults, decided to defend themselves.  What began as Erdogan-instigated aggression against Israel's legitimate naval blockade against Gaza led the rather conservative Netanyahu to issue an odious apology to Erdogan in a desperate attempt to mend the deluded "Turkish-Israeli alliance" that ceased to exist years ago. Yet the apology may have only opened up a Pandora's Box for Israel, ominously endangering her security, and showing how Israel's vigilance has declined over the decades.

In May of 2010, the Islamist IHH -- with Turkey's consent and aid -- launched a flotilla to traverse Israeli waters in an attempt to aid the "oppressed Palestinians" living In Hamas-Occupied Gaza. Israel had instituted a blockade against Gaza in 2009 due to illegal weapons being smuggled into the territory. When the  self proclaimed 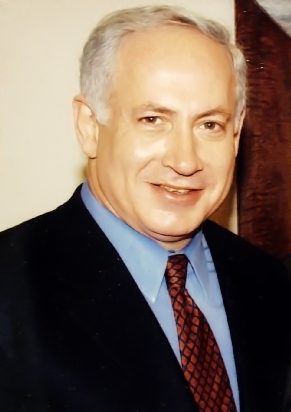 "activists" ("aggressors" might be a better term) aboard the Mavi Marmara came close to Israel's territorial waters, Israel warned them to turn back. After being ignored, Israeli naval commandos boarded the ship. They first used paintball guns to defend themselves from the  well-armed group.  Finally, when that met with violent resistance and attack, the Israelis responded as any normal military under physical assault would. They used live ammunition, and in the ensuing struggle, nine Turkish nationals were killed.

One can know just what the "activists" had in mind, by listening  to them sing the "Khaybar Song." (Sometimes spelled "Khaibar.") In Arabic, this witty ditty rhymes like a charm. But when translated, it shows just what Jihadis have in store not just for Israel in general, but for Jews in particular. In English, this song states: "Khaibar, Khaibar, Oh Jews, the army of Muhammad will return!"  If one is not versed in the tragic history of how Muhammad exterminated the Jews of Arabia, read about Khaybar and the atrocities that the Muslim Arabs committed against the defenseless Jews.

After Israel's defensive actions, Islamist Prime Minister Erdogan went on a veritable verbal tirade.  Erdogan warned that more flotillas would be accompanied by Turkish warships. Turkey recalled its ambassador from Tel Aviv and relations between what has become the neo-Ottoman Empire and Israel deteriorated to its lowest levels since Turkey first recognized Israel in 1949. Erdogan's saber rattling made it appear that a Turko-Israeli war might break out imminently.

Thus it stood, until Barack Obama deigned to step on the soil of the Holy Land in March. According to sources, it was Obama -- creator, author, and master of the "apology tour" to the Muslim world -- who pressured Netanyahu to call Erdogan and apologize.  After the Israeli leader issued his mea culpa to Erdogan, the Turkish PM first said that he would restore   "full diplomatic relations" with Israel. But as a true Islamic fundamentalist, what he said was not what he meant. Soon, Erdogan stated that re-establishing full relations with Israel "would not take place" and that Israel would have to do more.  Erdogan demanded that compensation be given to the families of the "victims" of the Israelis. This is currently being worked on between Israel and Turkey.

The Turkish delight that Netanyahu presented on a golden platter to Erdogan only fueled Turkey's sense of invincibility against the dhimmi Yahudi. Not only Erdogan, but Turkey's press, were ecstatic over Israel's apologia. Billboards appeared in Istanbul boasting of Israel's supine behavior. Ironically, Turkey's opposition secularist party, the CHP issued a statement voicing concern over Israel's apology, even blaming Obama for it.

For realists, and not fantasists, Netanyahu's Hebraic version of Obama's "apology tour" is nothing short of a political and diplomatic disaster. Former Israeli foreign minister, Avigdor Lieberman, called the apology in a Jerusalem Post article a "serious mistake." And despite his tough talk over the years -- and being lambasted internationally -- this is not the first time that Benjamin Netanyahu has retreated from his nationalist views. 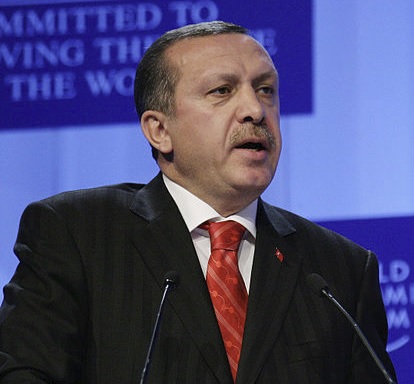 Quite disturbing is the timing of his non sequitur apology.  Only in late February did Erdogan call Zionism a "crime against humanity." Erdogan even went further by defending  his sinister remarks less than a month later. Indeed, Erdogan could rightly be considered a Jew-hater based on previous remarks dating back to the 1990's. For Israel, it should be axiomatic that a country with a modicum of pride would have told Erdogan a long time ago to take a dive in the Bosporus.

Perhaps the worst part of this affair is that Netanyahu's apology can be viewed by her enemies as basically apologizing for Israel's very existence, and undermining Israel's military. Many Israeli commandos involved in the incident felt betrayed by Netanyahu's apology. Bewildering is the fact  that Netanyahu  himself was a commando of Israel's elite Sayeret Matkal, in which he took part in liberating Israeli hostages from PLO terrorists in the skyjacking of a Sabena plane back in 1972. It is quite telling and sad that a warrior like Netanyahu can revert to dhimmi status before Erdogan, who has declared himself a "servant of Sharia." Netanyahu's apology is akin to a crime victim apologizing to the criminal for attacking him. Indeed, many Israelis believe that it is Erdogan who should be brought up on charges as a result of the Mavi Marmara incident.

Apologizing to Erdogan for the events of May 31, 2010 is as ridiculous as if Israel had apologized for a military operation that occurred on July 4, 1976. On that day, Israeli commandos landed in Idi Amin's Uganda to free over 100 Israeli hostages taken by Arab and German terrorists. In the firefight, the terrorists and some Ugandan soldiers were killed. Several of the hostages were also killed in the crossfire. Israel lost its leading soldier in "Operation Thunderbolt." His name was Jonathan Netanyahu, the brother of Benjamin Netanyahu. Can one imagine the uproar in Israel if then Israeli PM, Yitzhak Rabin had called and apologized to Amin, as well as offering "compensation" to the Ugandan soldiers killed? It would have been unthinkable. Yet, ironically, Benjamin Netanyahu has practically done this for Erdogan and his Islamist government.

In the near future, Netanyahu's apology will in all likelihood usher in dire consequences for Israel. Already, Erdogan is planning to visit Gaza. Israel's transnational Muslim enemies will see these incidents as more signs of weakness on the part of Israel and its will to survive. Israel, always under an international microscope, may very well have opened up a Pandora's Box with Netanyahu's apology. Indeed, if one apologizes for defending his right to live, is Israel's very existence now imperiled more than ever before?

Steven Simpson has a B.A. in political science with an emphasis on Middle Eastern studies, as well as a Master's Degree in library science.  He has contributed to such publications as the Canada Free Press, P.J. Media, Front Page Magazine, and the Gatestone Institute.  He can be reached at ssimusa@hotmail.com.