Warning: mysqli_free_result() expects parameter 1 to be mysqli_result, bool given in /var/www/html/americanthinker/admin/common/functions/func.general.php on line 126
 White and Wrong in Philly - American Thinker
|

White and Wrong in Philly

When your article inspires a big-city mayor to refer your case to a "human-relations commission," you know you've hit a nerve. And when that article is the recent "Being White in Philly" piece by liberal Robert Huber, you know it doesn't take much truth to hit that nerve.

That's the scary part. Huber's article contains mostly tepid examples of whites' negative experiences with blacks and primarily black neighborhoods, such as a Philadelphia resident whose grill was stolen from her backyard but "blames herself" for not fencing it in. Its tone is basically apologetic, absolving a drug dealer of responsibility because he was just "trying to get by" and describing the US' racial history as "horrible and daunting." Yet this wasn't good enough for Mayor Michael Nutter and his comrades. They still want Huber silenced. 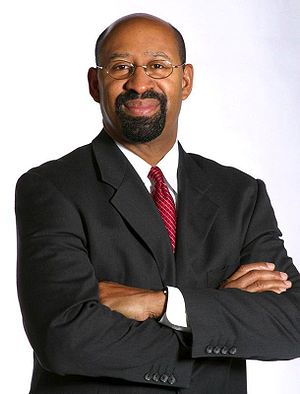 Oh, they won't get what they want...at least not exactly and not yet. But, nonetheless, writes Philly.com, "In a scathing letter, Mayor Nutter last week requested that the Philadelphia Human Relations Commission consider whether the magazine and Huber deserved to be rebuked for the article." Why is this significant? Well, when we hear about Englishmen, Canadians, Australians, Swedes, or other Westerners being imprisoned or fined for criticizing Islam or homosexuality --  yes, this does happen -- guess what the instruments of their oppression are.

Of course, they're usually called "human-rights" commissions, and the entities that actually judge those charged with "hate speech" are called "tribunals." And they have proliferated in the West. You can bet your state has one, and your county may, too. But, no, you won't be silenced by them -- at least not exactly and not yet. We have that pesky thing called the First Amendment (for now). 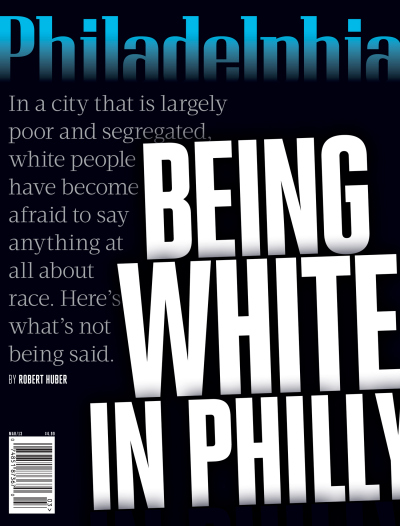 But Huber certainly was rebuked. In a Monday panel discussion moderated by the editor of his Philadelphia Magazine, Tom McGrath, he was criticized by what appear to be promising future human-rights-tribunal judges. Fellow journalist Solomon Jones scored the publication for having a "history of racial insensitivity," while People's Emergency Center president Farah Jimenez said that the "[m]agazine, which has an all-white editorial staff, was not the right 'messenger' for a story encouraging racial dialogue," writes Philly.com. I wonder, does anyone ever say that the all-black NAACP or Congressional Black Caucus is the wrong agent of racial dialogue? Huber's goal was to bring white people's feelings and beliefs on race to light, and for this white people may be the ideal messengers.

Critics at the discussion even questioned whether the individuals cited only by first name (or pseudonym) in the article were real. I suppose they wanted full names, addresses, and telephone numbers, which surely would have encouraged honesty in racial dialogue. But when whites are portrayed in history as slave owners and oppressors, or when blacks charge discrimination today, do the powers-that-be question whether the stories are true? Why, there wasn't even the necessary skepticism in the Duke Lacrosse rape frame-up case. Of course, though, why even ask? White privilege ensures that whites never, ever have bad experiences with black people.

Not surprisingly, the magazine and its "defenders" responded to the lynch mob with deference. McGrath opened the discussion with an apology, and journalist Christopher Norris said, writes Philly.com, "that he understood the outrage over the article, but simply viewed the piece as the work of an older white man writing about his experience." Yes, and Nutter's actions are simply the outrage of an older black man airing his complaints. Jimenez' comments are simply a middle-aged Hispanic woman expressing her feelings. How did that sound? Should we try to discover truth or just dismiss messengers based on race?

Having said all this, Huber gets no sympathy from me. He says in his piece that white people are stuck being "dishonest by default" on race and that "[w]e need to bridge the conversational divide so that there are no longer two private dialogues in Philadelphia -- white people talking to other whites, and black people to blacks -- but a city in which it is okay to speak openly about race." Yet his expressed desire for open conversation rings hollow. When John Derbyshire was fired from National Review for speaking openly about race, or Rush Limbaugh lost his position as an NFL commentator for saying far less, did Huber defend them? Did he even defend their comments as part of that initiation of racial dialogue? I suspect that he was happy to see a political opponent twist in the wind. But if Huber now wants to have that conversation on race, okay, let's have it.

At the beginning of his piece, Huber speaks of a young woman he calls Susan and writes:

She lost her BlackBerry in a biology lab at Villanova and Facebooked all the class members she could find, "wondering if you happened to pick it up or know who did." No one had it. There was one black student in the class, whom I'll call Carol, who responded: "Why would I just happen to pick up a BlackBerry and if this is a personal message I'm offended!"

Huber explains that Carol assumed Susan targeted her because she was black and for a long time thereafter gave Susan the cold shoulder. Here is what Huber didn't have the guts to say, nor would he tell you something else: such paranoia is the result anti-white bigotry. It's just as when a person is irretrievably biased against someone in his personal life and then sees the individual through colored glasses. Every innocent misstep is then interpreted as a malicious act: "Why, that's just the kind of thing he would do!" is the thinking. With whites, they're always "racist" because that's just the way they are.

And this has consequences. It's easy to justify hatred of and discrimination against people whom you believe are inherently biased against you, and whites suffer as a result of this phenomenon all the time. Oh, Huber won't talk about this, and it is why, if you want the truth, forget his article. Read the comments under it. For while the anonymity of the Internet enables some ugly talk, it also encourages expression of some ugly truths.

Just about a year ago I investigated a racially motivated fire attack on a 13-year-old Missouri boy named Allen Coon, who was one of fewer than 20 white children attending East High school in Kansas City. During the course of extensive interviews with parents and students, I learned that Coon and other white children had been subjected to severe racial harassment not just by classmates, but also teachers. One teacher called the tow-headed Allen "Casper" and encouraged other students to participate in the teasing; other times students would initiate the harassment and the teachers would chime in. I also spoke with two sisters, ex-Texans, who were verbally attacked in front of their class by a teacher who said, "Everybody from Texas is ignorant rednecks" and that all white people were responsible for a 1998 attack upon a black man in Jasper, TX (the James Byrd killing) because "[their] skin is white."

And similar ugly truths are revealed in "Being White in Philly's" comments section. There's the white poster who said that in fifth grade in his primarily black school, the teacher would purposely ask him questions too difficult for his grade level and then, when he couldn't answer, make him stand in front of the class wearing a sign reading "White Dunce." And here are a few other examples (edited for punctuation and grammar), with respondents identified by screen name:

I was targeted daily throughout my childhood because of my race - that was made explicitly clear (verbally). Even teachers in my school were unsympathetic and would look the other way, and the manner in which race was spoken about in an all black school really inflamed students to the point where everything done to me was completely justified in their minds because as a white person I was finally getting mine, and some of the teachers I know felt that way too.

I couldn't open my mouth in class without half of the kids shouting "Shut-up White Boy," or many similar things. ... [T]he majority of my teachers just looked the other way, and many, though not all, black teachers seemed to support it.

The demographics at my daughter's school suddenly changed one year with black children becoming the majority, and she became a target.

I attended a small elementary school in Georgia. ...I was bullied daily by black kids. Several loudly expressed that they hated white kids, yet could not articulate WHY.

[T]here was the black librarian who joined in with the [black students'] bullying. I had never experienced a teacher who was openly hostile to the white students. ...I had to sit there surrounded by the librarian's favorite black bullies, while she bullied as well.

Of course, we'll now be told that these testimonials are invalid because, well, you know, these might not even be real people. It's always nice to have full names so that those who dare speak truth can be scorned, ostracized, condemned, and fired from employment. As SaraEdward45 put it, "No one wants to [air these problems] out loud because you are automatically labeled as a racist and your experience is invalidated, leaving you to feel bullied once more."

But, hey, it's great that we're having this conversation.