Warning: mysqli_free_result() expects parameter 1 to be mysqli_result, bool given in /var/www/html/americanthinker/admin/common/functions/func.general.php on line 126
 A Black Father in the House - American Thinker
|

A Black Father in the House

By now you likely have heard that Chris Rock considers Barack Obama America's father. If that is true, then would somebody call Child Protective Services and find us foster parents!

For Chris Rock, America's true Founding Fathers were disappointingly white. I suspect that whatever the color of America's Founding Fathers might have been, they would not have approved of having a failure like Obama among their esteemed membership. 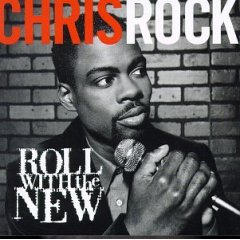 Thought the Founding Fathers had many flaws, they were smart enough to eliminate the self-indulgent institution of slavery from America's future. Further, they crafted the Constitution to help posterity avoid mistakes like Obama, so America could avoid having a "baby daddy" rather than a real father.

Obama reminds me of my father. And like my father, Obama uses anybody and everything at his disposal for his own personal exploitation. I thought it was detestable, that my father stole Christmas presents from the family one year. However when you consider that Obama not only steals Christmas, he steals our children's futures, my deadbeat, drug-addicted murdering father doesn't seem quite so bad.

My father and Obama do have one difference. My father was convicted of his crimes and served many years in San Quentin, while Obama's crimes gained him the presidency.

Chris Rock wants a daddy who has spent the family's mortgage money, and can't keep food in the fridge. He wants a father who has gambled away the kids' college fund, and made us believe he "invested" our money. All that is left for Obama to do is to kill mother for the insurance.

In Rock's press conference he wanted to convey his respect for the office of the presidency, which is why he wanted to show public support for Obama. However when asked in 2007 about the possibility of a black Commander-in-Chief, Rock had this to say in reference to George Bush:

"It's [America] ready for a retarded president, why wouldn't it be ready for an African American president?"

There was no talk then of how citizens needed to shut up and do whatever Bush wanted without question. Chris Rock will step and fetch for Hollywood white men, but there was no way he would do so for a white president. I suspect Rock would rather get that bite in the ass he referenced, than kowtow to a white president.

Rock was dying for a reason to showcase his abject hatred of whites, something he and other Liberal blacks have been taught for decades, people angry without even knowing why. Obama is the manifest destiny of the pent up hatred. Obama represents payback; misplaced payback.

Instead of celebrating Obama's achievement as the first recognizable black president, Rock denigrates that milestone in America's evolution. Chris Rock is a creation of the guilty white Leftists, and he is unquestionably a modern-day racist. Guilty white Leftists have given Chris Rock and all racist blacks permission to be racists.

In some twisted way, these Liberal white elitists feel good being "accepted" by people like Rock, while actually holding dominion over them. Liberal elitists make sure that racist like Chris Rock keeps his day job. They support his movies and his twisted ideology, while knowing they still hold the puppet strings.

It's sad that somebody convinced Chris Rock that there would never be a black president in his lifetime. So when he got one, Rock simply reverted back to his reptilian brain, which is to support the man based solely on his color. It's tribal for him.

If Obama's white heritage were more prominent, Rock would dedicate entire comedy routine on the destruction Obama has caused in the black community. But Obama proclaims blackness, so tribalism won't allow Chris Rock to use sanity or logic in his evaluation of Obama. He must blindly support the man who is destroying blacks.

Such is the plight of the liberal black community, and the reason there are so many bad black leaders. So what your daddy can't keep the lights on and he beats your mom? Who cares the family's credit is in the toilet, and daddy spends money like a pimp. Chris Rock is just glad to have his black father in the home.

Kevin Jackson is a best-selling author and award-winning blogger.