Warning: mysqli_free_result() expects parameter 1 to be mysqli_result, bool given in /var/www/html/americanthinker/admin/common/functions/func.general.php on line 126
 Why Does Anybody Need a 30-Round Magazine? - American Thinker
|

Why Does Anybody Need a 30-Round Magazine?

Senator Dianne Feinstein's latest divide-and-conquer attack on the Second Amendment has made even Senator Joe Manchin (D-WV) a sucker for the argument that private citizens do not need high-capacity magazines. These include not only 30-round rifle magazines, but 17-round magazines for handguns like the Glock.

Why does anybody need a high capacity magazine? If Senator Manchin were to educate himself by, for example, attending Front Sight's four-day defensive handgun class, he would learn the two primary answers: 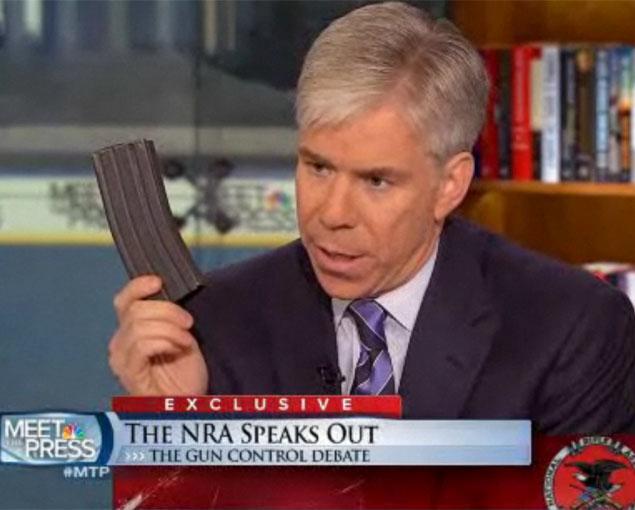 (1) Failure to stop the aggressor, and

The classic .38 caliber revolver, with a capacity of six rounds, was the standard sidearm of the United States Army during the Moro insurrection in the Philippines. The Army found at least one dead Army officer with an empty sidearm, and his head split open by a machete or similar weapon. They also found the soldier's killer, who had finally bled to death. Six rounds of .38 were therefore not enough to convince even one determined attacker.

Police instructor Masaad Ayoob's The Truth About Self Protection adds an incident in which a female police officer saw a crazed gunman murder a woman, who then shot her as well before she could do anything. "She lay helpless as she watched a neighbor empty a .22 rifle into the killer; the neighbor then had to club the madman down with the empty rifle, again and again, before he succumbed."

Ayoob does not report the size of the .22's magazine, but the Moro insurrection exemplifies why even a 30-round rifle clip might not be enough to stop a crazed and determined attacker, such as one hopped up on a drug like PCP. "He had 32 Krag balls through him and was only stopped by the 33rd bullet -- a Colt .45 slug through both ears." The Krag-Jorgensen's 30-caliber cartridge was far more powerful than the .22 in Ayoob's example, but not sufficiently powerful to civilize this particular attacker even when fired in mass.

Colonel Jeff Cooper's To Ride, Shoot Straight, and Speak the Truth adds the case of a man who was prosecuted for shooting his attacker eight times with a .380 automatic pistol. The prosecutor admitted that the dead man had been the aggressor, but argued that the shooter had taken the law into his own hands by continuing to shoot an adversary who had "obviously" been disabled. Cooper, whom the defense called as an expert witness, cited a suicide in which "the deceased shot himself amidships four times with a .380 Webley. Presumably the first three hits did not convince him."

The .45-caliber Automatic Colt Pistol was the Army's specific solution to the "failure to stop" problem in the Philippines. A single hit from a .45 caliber bullet will (per Cooper) stop the aggressor 95 percent of the time. This does not mean, however, that 7 or 8 rounds are enough for all conceivable defensive scenarios. Front Sight teaches students to change magazines in (ideally) less than two seconds. The other issue that Senator Manchin fails to recognize is that of multiple attackers.

Gang Bangers and the Knockout Game

Front Sight's 4-day defensive handgun class included scenarios with multiple aggressors, including four gang bangers on a street and five or more in a house (along with innocent bystanders). Front Sight's standard doctrine is to fire a controlled pair into an aggressor's thoracic cavity and, in the event of failure to stop, another into his cranio-ocular cavity to take out his central nervous system.

In the street gang situation, though, one shot is fired into each gang member due to the need to economize on both time and ammunition; only those that don't go down (or flee) then get "seconds." You might conceivably stop four gang members with seven or eight rounds of .45 ACP; that is what the cartridge was designed to do. A small man or woman who can handle only a 9 mm comfortably might not be able to end the incident even with 15 or 17 rounds, unless he or she can make the far more difficult head shots. It is particularly telling that most police officers carry either .45s or high-capacity 9 mm sidearms.

Then there is the knockout game, in which a street gang selects a victim at random, knocks him or her down, and then maybe beats him or her to a pulp. Here is an example that involved six individuals; only one struck a blow, but the others seemed to approve. Although the Web page and the book it promotes focuses on black racial violence, there is similar Caucasian-on-black crime, such as that perpetrated by the Ku Klux Klan. In any event, if there are six (or more) bad guys, you are obviously going to need far more than six bullets.

The anti-Second Amendment camp may argue that the teacher who was assaulted in this video would not have had time to defend himself with a firearm or anything else, because his attacker hit him by surprise. (While use of a firearm in response to a fist might normally be considered excessive force, multiple aggressors, even unarmed ones, create a disparity of force situation that might indeed justify a lethal response. The same applies if a single unarmed aggressor is much younger, bigger, and/or stronger than the victim, e.g. a teenage punk against a senior citizen or woman.) This is where the five conditions of mental awareness, as taught by Front Sight, come into play.

The knockout game victim was in what Front Sight calls Condition White, which means he was not paying attention to his surroundings. Front Sight recommends living in Condition Yellow. This does not mean a state of paranoia but it includes, for example, not getting too close to alleys or other positions from which you can be ambushed. It also means looking around you when you are handling your car keys in a parking lot. Violent criminals often avoid people who are clearly alert; they, like all predators in the animal kingdom, don't want to take a chance with anybody or anything that might hurt them.

Condition Orange means you have identified a potential threat. Had the teacher been in Condition Yellow, he would have seen the six young males in time to recognize them as such. Condition Orange can prevent a confrontation before it even becomes a confrontation. You don't get hurt, and you don't have to explain to the police why you hurt somebody else.

Condition Red means a known threat is in front of you. In the case of an imminent "knockout game," you have laid out in your mind how you are going to put the gang bangers down if they escalate to Condition Black by initiating hostilities.

Senator Feinstein's latest attack on the Second Amendment relies entirely on public ignorance of firearms and their legitimate uses, and this ignorance extends even to many people who support the principles of the Second Amendment. Education is the cure for ignorance and Front Sight, along with Gunsite (founded by Colonel Cooper) offers some of the best.