Warning: mysqli_free_result() expects parameter 1 to be mysqli_result, bool given in /var/www/html/americanthinker/admin/common/functions/func.general.php on line 126
 The Anniversary that Wasn't There - American Thinker
|

The Anniversary that Wasn't There

By Kevin Jackson and Thomas Lifson

A sesquicentennial is a really big deal! A century and a half ago, something happened that affects us today. So why was the abolition of slavery in the United States (if that isn't a big deal, what is?) worthy of almost no attention when it marked its sesquicentennial on January first, 2013?

were no celebrations of freedom in the black community. No PSA from Samuel L. Jackson, Spike Lee, Chris Rock, Jamie Foxx, Beyonce or any other black notables recognizing this important date when the United States Government officially declared that slavery was finished in the United States.

Where was BET? No specials, no nothing. Ho-hum, just another New Year's

Where were the mentions on TV and cable news broadcasts, always hungry to fill their news holes on holidays, or from BET who proudly promotes African-American History Month?

President Obama is a media glutton, yet he had no words of praise commemorating this great day. 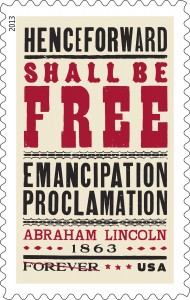 Perhaps he felt that the USPS had done enough, issuing a commemorative postage stamp. It's the least they could do, since the U.S. Postal Service is the largest employer of blacks in America.

It is painfully obvious as to why the freeing of slaves 150 years ago is no big deal, and it is because the emancipator was a white Republican president.

One hundred and fifty years of freedoms for blacks apparently escaped the RNC in their list of marketing projects. Apparently appealing to blacks ranks below shoring up the RINO base, and helping old white men negotiate tax cuts American taxpayers already have. I'm not marketer, however one would think that the Republicans would have worked with the people who released Lincoln and perhaps gotten a "two-fer" in marketing? 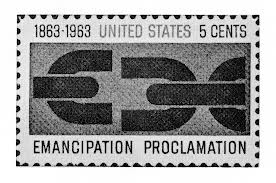 e, but they weren't paying attention to the game. The manufactured drama of the "fiscal cliff" grabbed all their attention, and the media, who love a crisis, were happy to cooperate.

One would think that the Republicans could have made nice with Steven Spielberg, since his latest film, the highly acclaimed Lincoln, focuses on the Emancipation Proclamation. The obvious tie-ins to the anniversary would have offered lots of publicity opportunities for the movie for Republicans. Another swing and a miss. Strike two.. 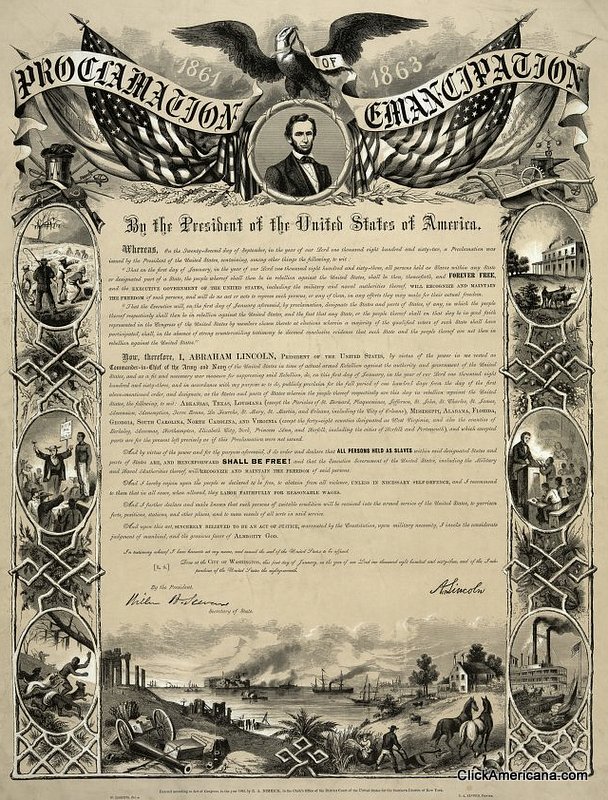 What an opportunity for the RNC to say to Republicans and grass roots activists all over the country that they remain the party of Lincoln. What an opportunity (missed) to remind Americans of Republicanism, to force Liberal blacks and Democrats to recognize Republicans' contribution to the greatness of this nation, and to showcase the strides made, person by person, Oprah Winfrey, Tiger Woods, LeBron James, Beyonce, and so on. All these people's accomplishments made possible by The Republican Party! The RNC should have been setting up the black media for months on this. Let them know the event is coming, and that events are being organized. Shame them into recognizing it.

Forget that the Democrats were the party of the Klan. Who cares? What's important is that the Republicans are the party of black progress, black prosperity, black empowerment.The Democrats have obscured their history of racism with too little resistance. The Klan was the paramilitary arm of the Democratic Party, Jim Crow was a Democrat, and it was the Republicans who freed the slaves. The truth cannot be obscured forever, if enough people are shouting it.