Warning: mysqli_free_result() expects parameter 1 to be mysqli_result, bool given in /var/www/html/americanthinker/admin/common/functions/func.general.php on line 126
 Killing Conservative Talk Radio, One Market at a Time - American Thinker
|

Killing Conservative Talk Radio, One Market at a Time

"First they came for the local radio hosts...."  If you want a glimpse into the real, practical mechanisms whereby unprincipled political power diminishes and silences opposing voices, look not to the nationally-publicized attacks on Rush Limbaugh or Glenn Beck.  Look to what happens at the local level, to people who do not have a national microphone and millions of defenders.  Consider the example of Brainerd, Minnesota's (population 13,613) local conservative radio show. 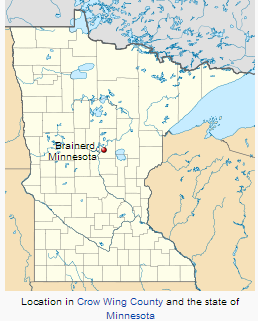 Uncompromising conservatives, they tackle a variety of local, national, and international issues with equal parts well-researched detail, principled intelligence, and charm.  Though a local program on a small station, their hard work has allowed them to attract the highest quality guests, and their seriousness has allowed them to bring those guests (Roger Kimball, Michael Ledeen, Andrew McCarthy, and Jack Cashill, for a very small sample) back for repeat appearances.

The show's hosts are not rich men, and they are not paid to appear on the air.  On the contrary, Green paid handsomely for the air time the first year, including a hefty down payment to prove good faith for the air time, and seeks to cover his operating expenses with local sponsors and listener donations.  (The station's former owner and now manager agreed to waive the air time fee for the second year, due to the show's success.)  Green and Bauer, both grandfathers, are doing this because they could not sit by and watch their country being swallowed up by progressive politicians and an enabling media.  This radio program is their attempt to contribute something to the fight.

Recently, a new, left-leaning owner purchased the station, with the apparent intention of changing its all-talk (i.e. primarily conservative) format to a music format.  Green has heard from a major radio executive that this is a new strategy of the progressives.  Having learned the hard way that liberal talk radio cannot compete for listeners with conservative hosts -- the reason is obvious, and explains the "need" for NPR: extended political discussion, in order to be engaging, requires rational arguments and supporting facts, which leftists cannot provide -- the left has hit upon the "slow-burned earth" tactic of gradually buying up local stations and converting them off the talk radio format altogether.

Faced with having their station pulled out from under them, however, Green and Bauer have now encountered a more immediate obstacle.  A local city council representative, Alderman Gary

Scheeler, is promoting a plan to use a pile of local grant money from the state to tear up neighborhoods, including private property, in order to install sidewalks.  Just as with the Obama administration's gun control ambitions, this project is being rationalized as a matter of "protecting the children," since the initial sidewalks would ostensibly prevent children from being hit by cars on the way to Garfield School.

Green pointed out in a letter to Alderman Scheeler, which he read on air, that "there hasn't been a single child hit by a car in the 56 years Garfield School has been there."  In other words, the "child safety" mantra is just a typical excuse to justify the wasteful spending of tax dollars on a politician's pet project, for which project said politician will take credit during a future re-election campaign.

Scheeler did not like his big (government) idea being criticized so loudly in a public setting -- it tends to cause others to question the idea's merits.  So he went directly to the station's manager and intimated that he would pull his sponsor dollars from the station's morning program if Green did not stop talking about this wasteful spending plan during his evening show.  On Friday, January 18, Green and Bauer were warned of this threat by the station manager, five minutes before going on the air, and given an ultimatum: "tone things down," or else.

The hosts went ahead with their show as planned, including some further discussion of Scheeler's spending project, and the presumptuousness of the politicians and bureaucrats in racing ahead in defiance of the wishes of the local citizens.  It remains to be seen whether, or for how long, they will be allowed to continue on the air.

"All politics is local," Tip O'Neill famously claimed.  The slogan is thoroughly unprincipled in its origins, intentions, and practical manifestations.  It also has a logical corollary, however, which warrants consideration: All tyranny is therefore also local.  In other words, if you want to understand what progressives plan to do nationally (and internationally), you should watch closely what the small time big spenders are doing at the more manageable local level.

The essential cynicism and snobbery of O'Neill's remark is often overlooked in this age of sub-Machiavellian pragmatism.  What O'Neill was saying -- and backing up with his actions in the campaign during which he said it -- was that most voters are simpleminded dupes.  Incapable of thinking of the nation's interests, and focused primarily on their own immediate gratification, they can be won over, not through principled stands and a national vision, but by promising one's way into the morons' hearts with profligate spending projects that appeal to their narrow, short-sighted self-interest.

In other words, O'Neill was making the case for using tax money, including money borrowed against future generations of taxpayers, to pander to the lowest instincts of your constituents, in effect buying their votes.  The word "politics" in his slogan refers to the cynical game of the electoral power-broker, and is the antithesis of genuine statesmanship.  O'Neill's supposed "wisdom" was merely an earlier iteration of the Santa Claus Principle that politicians of both major parties, to the delight of the bureaucratic busybodies, have used to turn American politics into a fun-filled race to national suicide.  Free cell phones, free health care, free sidewalks.

Brainerd's Alderman Scheeler is demonstrating O'Neill's cynical, condescending "politics" with his wasteful, property-violating sidewalk project.  And with his efforts to silence the local conservative talk radio hosts, he is demonstrating something else, namely the mind of quotidian authoritarianism, which in its banal, localized form is fondly referred to as "the Chicago way."

Let us be clear about what is at stake here.  As a private businessman, Scheeler is perfectly within his rights to pull his sponsorship money from a local station if it is broadcasting ideas with which he disagrees.  No one disputes that.  The concern arises from his being an elected official using his pull to bully a critic into silence -- and a media outlet succumbing to that bullying and refusing to take a stand for its hosts' and its own integrity.  (And remember, Green "paid for this microphone," to quote one of his heroes, Ronald Reagan.)  Local conservative radio hosts do not have millionaire sponsors ready to step in on their behalf, or millions of listeners who can threaten to boycott anything.

Are you concerned about the wilful undermining of informed citizenship by the mainstream media behemoth?  Do you lament the coordinated dismantling of the West's moral core by the education and entertainment industry "elite"?  Then you must not ignore the fact that, in this sense too, "all politics is local."

One of the progressives' most potent weapons of psychological warfare is the sheer omnipresence of their stratagems and their attendant propaganda.  The would-be resister begins to feel overwhelmed by the seeming inescapability of the left's infinite tendrils.  Finally, the feeling of being so completely overwhelmed causes paralysis in the conservative limbs, and then resignation, and then acquiescence.

The paralysis is caused, in part, by the carefully cultivated sense that the progressive apparatus has become so big that it is now somewhat abstract.  The contraption is so multifaceted that it is no longer always clear how the social and intellectual manipulation works in concrete, practical terms.  This abstraction makes defending against it, let alone mounting a counterattack, much more difficult.

In truth, however, no real danger is abstract.  If you want to view the concrete reality of today's political and media scene more clearly, just look at the case of a little radio show on a little radio station in a little town in the heart of Minnesota.  There, in microcosm, is how civilization is dismantled.  The big time, national profile thugs -- Obama, Axelrod, Emanuel, Clinton(s), Bloomberg, the New York Times, et al -- are merely trying to stage-manage on a grand scale a process that is actually ongoing in your town, and every town, each and every day.

The Speakeasy's Friday show featured an in-depth interview with Jihad Watch's Robert Spencer in defense of Michele Bachmann's battle to expose Muslim Brotherhood influence in Washington.  How fitting, as I noted in a private correspondence with Guy Green, that his possible final show was devoted to a defense of the most slandered and abused elected official in Minnesota history -- a woman who would go to the mat to save freedom of speech for the very people calling her a paranoid idiot, and worse -- while a local big shot who couldn't fluff Mrs. Bachmann's bunny slippers tries to use his influence to silence his critics.

Welcome to the new "progress."  All tyranny is local.  Ich bin ein Brainerder.