Warning: mysqli_free_result() expects parameter 1 to be mysqli_result, bool given in /var/www/html/americanthinker/admin/common/functions/func.general.php on line 126
 All My Babies' Mamas Reveals Liberals' Opinion of Blacks - American Thinker
|

All My Babies' Mamas Reveals Liberals' Opinion of Blacks

As a teen in the 1960s, I idolized Jim, my slightly older street-smart cousin who lived in a tough area of Baltimore.  Murders were common at the bar on the corner from his home.  I was Jim's nerdy, naïve preacher's-kid cousin who visited from suburbia.  Sleepovers at Jim's home in the city were exciting.  "Downtown, where all the lights are bright..."  You know the song.

Walking from the Yakamee joint, "Casanova" Jim coached, "Just say you love them."  While I wanted my experience to go beyond the stimulation of excessively close slow dancing to Marvin Gaye songs at un-chaperoned dark basement parties, lying to a girl to have my way with her did not set well.  Doggone home training!  I was nagged by the truth that it is wrong to use someone solely for my pleasure, not caring about how it affected her.

"Train up a child in the way he should go and when he is old, he will not depart from it" (Proverbs 22:6).  In college, I tried to muzzle my conscience with drugs and alcohol.  Fortunately, I did not produce any children out of wedlock.

Tom, another cousin of mine, had babies all over town, which destroyed his life.  He was incarcerated numerous times for non-payment of child support.  In those days, serial impregnators were considered dishonorable men.

Today, in 2013, the liberal Oxygen channel had planned to celebrate dishonorable behavior as representative of the "hip" modern black experience with a new reality show titled All My Babies' Mamas.  Canceled due to public outcry, the star of the show was a rapper whose serial sperm-donating produced eleven babies by ten women. 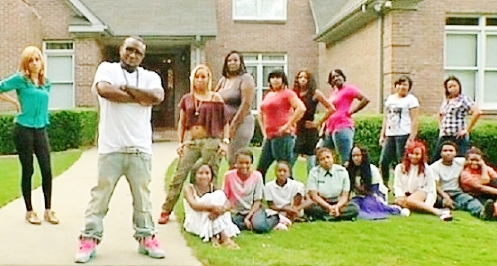 All My Babies' Mamas is characteristic of liberals' typical bigotry of lowered expectations regarding minorities.  Liberals accuse black conservatives who reject liberal racist stereotypes of being traitors to their race, trying to be white, and "selling out."

Long-suffering courageous black conservatives offer blacks real empowerment: liberation from crippling victimhood and entitlement mindsets.  Due to liberals' resentment/hatred for America and traditional values, they are repulsed when black conservatives encourage blacks to get an education, work hard, revive traditional black community morality, and go for their dreams.

In the 1950s, most black kids grew up in two-parent households.  Today, most black kids grow up fatherless as a result of liberal policies that destroyed the black family.  Only half of black males graduate high school.  Clearly, something is wrong in the black community, and it ain't the white man's fault.

For decades, liberals (Democrats, Hollywood, and the media) have been and continue serving blacks excrement while calling it filet mignon.  For example: in the name of compassion, liberals routinely demean and even undermine the intellect and character of blacks.  Liberals insist that standards must be lowered for blacks to get the job or pass the test.  Americans are required to show a photo ID to board an airplane, cash a check, and successfully navigate countless other situations.  And yet, liberals say showing a photo ID to vote is racist and disenfranchises blacks.

Will someone please tell me what the heck is so challenging about us blacks finding our way to acquire a photo ID?  By the way, I am black, and I have one.  I guess liberals think I am remarkable -- similar to the apes in Planet of the Apes discovering that Charlton Heston, a human, could speak.

Any suggestion of blacks performing on an equal playing field with whites or blacks assuming personal responsibility for their lives and behavior is deemed racist by liberals.

I suspect that Oxygen was shocked by the public outcry against All My Babies' Mamas.  Liberals think: What's up with that?  Oxygen is cool, showing that they be down with the hood and in tune with authentic blackness in America.  Oxygen probably considers All My Babies' Mamas the modern urban version of Ozzie and Harriet.  Okay, so the show promotes lax morals and husband-less households which breed crime, school dropouts, gangs, and poverty.  Only out-of-touch fuddy-duddy Uncle Tom black conservatives and racist white conservatives would find the show objectionable.

Liberals (Democrats and the media) have been peddling crap and pimping government programs that cripple blacks for years.  And yet, liberals are thought of as heroes to blacks while they beat up on black conservatives for spreading the truth that blacks are diverse, self-reliant, bright, and capable of much more.

By the way, political consultants say that to win elections, Republicans/conservatives must get with the program.  They say we must embrace the new "amoral" culture and liberal thinking that produces shows like All My Babies' Mamas.  I say, "Balderdash!"