Warning: mysqli_free_result() expects parameter 1 to be mysqli_result, bool given in /var/www/html/americanthinker/admin/common/functions/func.general.php on line 126
 Who Is Barack Hussein Obama? And What Is He Really Up To? - American Thinker
|

Who Is Barack Hussein Obama? And What Is He Really Up To?

The great wonder of contemporary American politics is how Barack Hussein Obama got elected to the office of president in the first place.  How did this unknown politician even wrest the Democratic Party nomination away from Hillary Clinton?  How could Americans have voted for someone with no practical qualifications or experience for the job?

After four years of trying to deal with the mysterious stranger in the White House, Americans are wondering why they voted for Obama.  Voter remorse has never been higher, and more than half of our electorate continues to be troubled by serious questions that refuse to go away:

And these central questions only give rise to others.  Why do Obama's words seldom match his actions?  Why do we find, time after time, that Obama has lied to us, and that the American people face catastrophic long-term consequences as a result?

After four years under Obama, we now find our nation bogged down with five trillion dollars of additional debt -- with nothing to show for it -- a trillion-dollar annual budget deficit, worsening unemployment and a wrecked economy, a perilous national security situation, and a threatened health care system.  Even worse, Obama has fractured our society along racial, class, and cultural lines.  The United States is no longer united.

Americans are incredulous.  We cannot believe what the Obama administration and the Democratic Party have done to us.  We are now forced to confront the reality that our own government is working hard to bring about our demise.  When we look to our government to find the cause of our societal destruction, we first see the face of Barack Hussein Obama.

Who is Barack Hussein Obama? 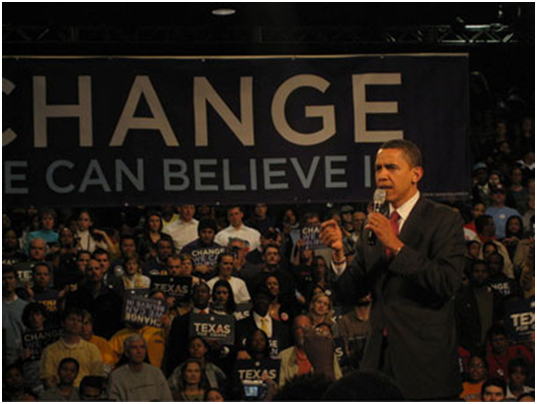 The second great wonder of contemporary American politics is that Barack Hussein Obama has so easily deceived so many people.  He is a beguiling character, a poseur, and a fraud.  His deceit is transparent, yet many simply cannot (or refuse to) see who he is and what he is really up to.

Obama is an ardent disciple of the communist agitator Saul Alinsky, who taught that radical change of America's socio-economic structure is necessary to achieve the ultimate goal of a socialist state.  Alinsky is the key to Obama.  Alinsky's infamous book, Rules for Radicals, gives instruction for socialist revolutionaries to cut their hair, put on a suit and tie, and infiltrate the organizations they wish to overthrow.  Nobody has been more successful at this than Barack Hussein Obama.

As a young student at Occidental College, Obama styled himself as an intellectual in the vanguard of the socialist revolution, and he held the view that "... there would be a revolution of the working class, led by revolutionaries, who would overthrow the capitalist system and institute a new socialist government that would redistribute the wealth."  Obama is that revolutionary.

In 1982, following in Alinsky's footsteps, Obama became a community organizer in Chicago.  He worked with the Developing Communities Project, a socialist group with Alinsky roots.  Later, Obama taught Alinsky's principles and tactics at the University of Chicago and trained other agitators and organizations -- including ACORN -- in techniques to infiltrate and overthrow the political establishment.  ACORN is known for getting progressives elected, illegal voter registration, and other government fraud.

Obama ran Project Vote in 1992, became ACORN's attorney, and received ACORN's support in his race for the Illinois senate.  Obama's political career was launched.  He was inside the political system.  He became a U.S. senator in 2004 and won the office of president of the United States in 2008.

After the Democratic National Convention in Colorado, Alinsky's son David wrote a letter that was published in the Boston Globe.  It read in part:

Obama learned his lesson well. I am proud to see that my father's model for organizing is being applied successfully beyond local community organizing to affect the Democratic campaign in 2008. It is a fine tribute to Saul Alinsky as we approach his 100th birthday.

This brief description of Obama's background follows his Alinsky roots only, and not his long history of involvement in socialist causes and organizations.  The Alinsky connection demonstrates Obama's proficiency and success in leftist methodologies for infiltrating and undermining the American government.

Obama has worked inside the socialist revolution everywhere he has studied and worked.  People are constantly accusing Obama of being a socialist, and he constantly denies it.  The mainstream media and Democratic Party cover up for him.  And many Americans look the other way.

Barack Obama, candidate for State Senate in the 13th Legislative District, gave a statement to the membership and answered questions. He signed the New Party "Candidate Contract" and requested an endorsement from the New Party. He also joined the New Party.

We have had four years to watch Obama emerge as head of the nation's premier socialist political organization, the Democratic Party.  We have suffered four long years of socialist revisionism, propaganda, policies, laws, and executive orders.  Socialized medicine, social welfare programs, and government takeover of the private sector are "fundamentally transforming America."  Just as Obama promised.  The United States of America is the newest rising socialist state.

And many Americans are expressing surprise that this has happened to us.

Waking Up to the Obvious

Peggy Noonan had a recent piece in the Wall Street Journal titled "When Americans Saw the Real Obama."  Ms. Noonan is regarded as a conservative literary and journalistic icon...or at least she was.  She was a speechwriter and special assistant to President Ronald Reagan.  She is a bestselling author and a trustee of the Manhattan Institute for Policy Research (a conservative economic think-tank) and she has been awarded many honorary doctorate degrees in recognition of her life's work.

And yet, she too was mesmerized by Barack Hussein Obama's spellbinding oratory and his dreamy narrative of hope and change.  Her October 31, 2008 Wall Street Journal piece, titled "The Case for Barack Obama, in Broad Strokes," convinced her readers and fans that she had lost her mind.  Noonan boldly proclaimed that Obama was the hope of the nation, that he would change the course of world history for the better, and she practically wept over his exemplary personal qualities.  The left-wing vilifier-blogger, Wonkette, praised Noonan as "Obama's #1 Fan."

The conservative world was stunned. How could the brightest among us be fooled so easily by such a patently transparent political con artist -- one who had a veneer-thin resume, complete lack of qualifications, and an alarming history as a Marxist radical?  But fooled Noonan was -- hook, line and sinker.

And now the scales have fallen from her eyes.  Noonan now sees Obama as an incompetent career politician, an ordinary man with feet of clay.  She can't bring herself to admit that he remains the committed radical Marxist revolutionary that he always was.  Of the Denver Debate, in which Romney humiliated and exposed Obama, she wrote, "People saw for the first time an Obama they may have heard about on radio or in a newspaper but had never seen."

Not so, Ms. Noonan. Fully half of Americans had doubts about Obama from the beginning, and a great many of us saw through him the first time he took the national stage to read from his teleprompter.  Even my young daughter saw through Obama early on.  "He reminds me of a mean teenage girl," she once said of him.  "He makes faces at people.  He's vain, self-centered, and rude.  He never tells the truth about anything."  That pretty much sums him up.  But he successfully fooled millions of people into believing wholeheartedly in him.  The progressive left embraced him as their Light Worker, The Messiah, The One.  He fooled millions, even the best and brightest among us, who should have known better.  And now we have to deal with him.

Many Americans are waking up to the reality of Obama.  And it isn't any prettier than watching Noonan go through the ecstasy and agony of her personal Obama epiphany.  The Obamazombies, the Obots, the misguided young and old are beginning to wake up and see that the emperor has no clothes, the Wizard of Oz is not what he seemed to be, and that The One, The Messiah, is really a Marxist mole, a con man, a danger to us all. 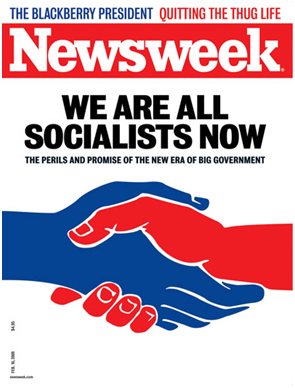 What Is He Really Up To?

Here is a simple explanation of who Barack Hussein Obama is and what he's really up to:

Barack Hussein Obama is a Marxist socialist revolutionary, and his goal is to transform the Unites States of America into a socialist state.

It really is that simple.

Oh, he certainly has secondary goals.  He believes that America is too powerful and must be brought down economically and militarily, hence the multi-trillion-dollar debt, trillion-dollar annual deficits, the debilitating attacks on the military, and the dismantling of our industrial and energy sectors.  He believes that America is an oppressor nation that should be made to pay restitution to oppressed minorities, inside the USA and elsewhere.  He has other, equally destructive goals and ambitions.

We have a President, a major political party, and mainstream news media that see America as the enemy.  Obama's goals are transparent, and there are many of us who do not want him to succeed.  The real question is: what are Americans going to do about Obama and his socialist fellow travelers?  It is not possible to make a composition with them.  Their aim is to destroy us.

Whatever the outcome of November 6, each of us has a personal decision to make.  And then we must take action.

J.T. Hatter is the author of Lost in Zombieland: The Rise of President Zero, a political satire on the Obama administration.  J.T. can be reached at jt@jthatter.com.