Warning: mysqli_free_result() expects parameter 1 to be mysqli_result, bool given in /var/www/html/americanthinker/admin/common/functions/func.general.php on line 126
 The Santa Monica Nativity Scene Case: Why We Lost - American Thinker
|

The Santa Monica Nativity Scene Case: Why We Lost

As TV networks began to call the race for President Obama in the 2012 general election earlier this month, Karl Rove fumbled with his white board insisting the race wasn't over and that the votes from vital Ohio counties had not yet been fully tallied. A glimmer of hope that Mitt Romney could snatch victory from the jaws of certain defeat remained visible through the squinting lens of Rove's roseate stubbornness.

As his recount was underway last weekend in Florida, Congressman Allen West basked in the glow of adulation conservatives attending an event at the Breakers Hotel in West Palm Beach beamed on him. Optimism filled the air as a smiling West posed for pictures with Fox News "happy warrior" Monica Crowley and others desperate for just a scrap of conservative vindication.

Conservatives are shell-shocked. The event in Palm Beach drew no consensus for the future of conservatism. After four years of economic, political and moral depredations, it becomes increasingly difficult to predict when the pendulum will swing back -- or if it will at all. We wander along a desolate path of stupefaction, adrift in our bumping and stammering hallucinations.  Can a moribund culture ever be revived to resemble the best times in America's past? 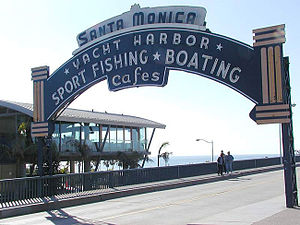 page ruling denying my client the right to continue a 59-year-old tradition of exhibiting Nativity scenes along Ocean Boulevard in the City of Santa Monica this Christmas season, another dagger plunged into the heart of America's twilight customs and traditions. The sneered-at "war on Christmas" was effectively lost for good.

I say this even though the case has neither been dismissed (at least not yet) nor declared dead after appeals.  Indeed, a hearing on the City of Santa Monica's motion to dismiss our lawsuit is set for December 3, 2012.  As lead counsel for the Santa Monica Nativity Scenes Committee, a nonprofit made up of local churches and the police union, it is not my intention to surrender the cause. But the legal theories we presented to support the preservation of the Nativity tradition in Santa Monica and which the court rejected in their entirety are the identical legal theories advanced in opposition to the City's motion to dismiss. Unlike Karl Rove or Allen West, I lack the cheery optimism (or delusional hope) the trend will somehow magically reverse course, carrying us safely back to dock in the port of redemption. I fancy myself an able advocate, not a miracle worker.

Christianity, white men, heterosexuality, meritocracy, Christmas. These are the relics of a distant culture.  Let's not kid ourselves.  They have been tipping into the abyss for some time.  Only now -- plunging as we are with increasing velocity -- do the tremors of our nation's mortality begin to beat their throbbing rhythms insistently.  Santa Monica's Palisades Park is just the latest park to be "occupied" by a leftist regime's ideological larceny. As the radical Sixties began to forge the nihilistic alloys of sexual promiscuity, anti-authoritarianism and identity politics, Peoples Park in Berkeley, California, became the epicenter of the big political power grab that only now is reaching the zenith of its destiny. People's Park gave alienated young people license to "act creatively and together to build an environment uniquely theirs where they could celebrate the rituals of a new culture."[1]  Hark their heralding message: "Although they lost the park, most felt that it was only a battle in a war that they would win someday."

F. J. Bardack was a leader in developing political tactics during the struggle for People's Park.  A leaflet he wrote in May 1969 foreshadowed the takeover we see realized by a Santa Monica city council dominated by Democrats, liberals, Irish Catholics and Kennedys. In "Who Owns the Park,"[2] Bardack traced the evolution of power plays culminating in the ownership of People's Park by the state-run University of California. His historical timeline begins with the occupation of the Costanoan Indians, followed by Catholic missionaries, the Mexican government, the Americans, white settlers, and ultimately "rich white men," who turned the property into one of the nation's leading universities.

But Bardack had a warning ready for the rich, white men: "Your land is covered with blood.... Your people ripped off the land from the Indians a long time ago. If you want it back now, you will have to fight for it again."

The right to celebrate a 59-year-old tradition honoring the Christmas season with its religious imprint has no place in a public park unless squatters and heathens are invited to join at the trough.  My client, with its message of peace, will one day take back the park. But for now, the struggle for People's Park has been won by the anarchist, who would return Planet Earth to the radiated darkness of existence if only the timeline could be drawn complete. As one Santa Monica council member mused, "I go way back before this tradition ever began and I can remember when we had a Christmas parade. I remember when we had homecoming for the high school parade. I remember one thing after another we used to do in Santa Monica and we used to have a float and a rose parade. We don't do things like that today, because it just doesn't fit where we are today and what we're doing today."

Traditions like the Nativity displays in Palisades Park, religious tolerance and common sense can always look to tomorrow. But, I fear, in my naïve way, not before the gravitational pull of society's regressive "progressive" movement has tired of battle. The secular progressives now have blood on their hands.