Warning: mysqli_free_result() expects parameter 1 to be mysqli_result, bool given in /var/www/html/americanthinker/admin/common/functions/func.general.php on line 126
 Generals and Geographic Bachelors - American Thinker
|

General David Petraeus illuminates two grand military issues at just the right moment: officer corps character and flag officer performance. Petraeus could be the poster child for a clueless Gilbert and Sullivan character too -- "The very model of a modern major-general." Major-general was the highest rank to which an officer might aspire to in the last century. Grade inflation has created the contemporary glut of four stars, including Petraeus. 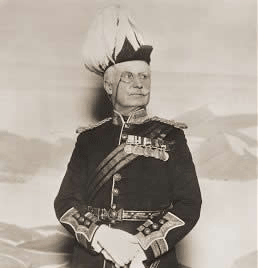 David Petraeus gloried in wearing every token of service on his chest, including presumably the good conduct ribbon. Or maybe not! The good conduct medal only goes to grunts, not officers. Clearly, the good conduct award should hereafter be a badge of misplaced military expectations.

Nonetheless; the US Army, West Point, and officers like Petraeus continue to pay lip service to traditional military values and ethics like "duty, honor, and country." The second imperative seems to have been honored in breach by the former ISAF commander. It's hard to believe, as it was with Bill Clinton, that Paula Broadwell was a "one off." 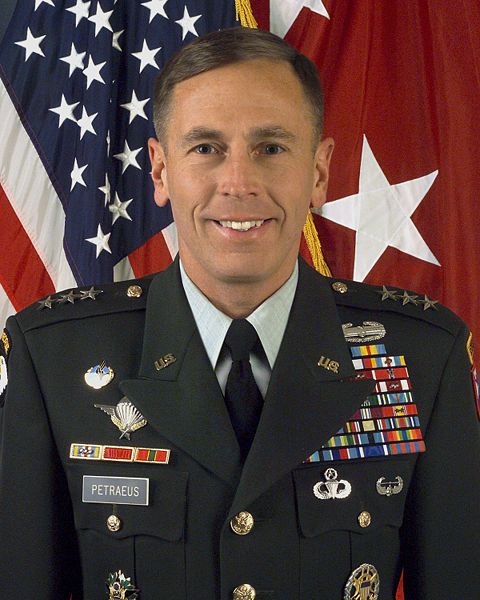 Or maybe the West Point honor oath is more relevant: "a cadet will not lie, cheat, or steal; or tolerate those who do." Ironically, cheating on your wife seems to be a moral misdemeanor in the Army; while cheating on your trigonometry quiz could lead to dismissal. Alas, Cadet David gets the hat trick here. On the larceny count, Petraeus stole reputation from both sides of his family. His wife Holly is the daughter of a former West Point commandant.

And be not distracted by any "honey trap" nonsense; cheating on wives is a military tradition, not a scandal. Officially, a remote tour is designated "unaccompanied," but overseas orders seldom require celibacy. Alas, unaccompanied officers are known in the trade as "geographic" bachelors. A senior officer is not busted for cheating; he gets drummed out of the corps for getting caught -- too visibly.

And morality only becomes an issue when it embarrasses the Service. In this respect, contemporary military culture is no different than American political culture. If and when, Holly Petraeus, sings a few choruses of "Stand by Your Man," as did Hilary Clinton; the triumph of the bimbo ethics will be confirmed. Men behave like swine because the women in their lives, mothers and wives, have low or no expectations.

Petraeus not only gives new meaning to terms like "embedded" and "all in" but he and Mrs. Broadwell give a whole new dimension to "ring knockers," a military euphemism for arrogant military academy graduates. Indeed, if the general was making booty calls with GI Jane in Kabul, the angst in the ranks should be unique. Unlike Europe, Korea, and Vietnam; ordinary soldiers in Iraq and Afghanistan are discouraged, if not prohibited, from fraternizing with Muslim women. Like Saigon back in the day, however, apparently the brass gets first run on the imported camp followers. Rank still has perks.

For those who might argue that the military ethos is different, consider who comes to defend Petraeus and the nature of the arguments. Members of both political parties, (e.g. Nancy Pelosi and Lindsey Graham ) and the Media lament the loss of a "great leader" to personal, as opposed to professional, failings.

This is the same limp mantra cooked up for Bill Clinton. Neither defense holds water. Perjury is a crime in any court; and adultery, as Petraeus should know, is a court martial offence under the UCMJ. Note that it is the Republican House who excuses Petraeus from testifying, as scheduled, in the Benghazi fiasco. Republicans can't seem to court enough ill will these days.

So much for the general's character.

Defending Petraeus on performance grounds may be an even a shakier argument. The general belongs to the "kiss up, kick down" school of military management, again an import from the political world. Like politicians, political generals insist on deprivations from which they usually exempt themselves.

Recall, that during the hot war in Iraq, serving under a Republican, Petraeus was vilified as General "Betrayus." Now, under a Democrat administration, as the retreat from Afghanistan unfolds, the former ISAF commander is held up as a national hero. Where are the victories? Is the Arab or Muslim world more pacific or stable today, because Petraeus marched through?

Even insipid goals like "transition" are a shell game. We still have troops in Iraq; and after 2014, a similar contingent will remain in Kabul. The true accomplishments of all those small wars in the Muslim world to date are twofold; NATO has simplified the Islamist target set and enabled the triumph of radical religious politics. Indeed, American troops are now killed by our so-called "moderate" Muslim allies; surely a comfort to Islamists.

The great failure of senior officers like Petraeus is candor, or more bluntly, integrity. America cannot do for Muslims what Islam is unwilling to do for itself. That fundamental ground truth is ignored or spun by senior military officers and politicians alike.

And are we to believe that Petraeus reinvented the Army with a novel counterinsurgency (COIN) doctrine? The test of any doctrine is achievement; or to use a word absent from flag officer vocabulary these days, the test of military theory is victory. There are only two routes to change in the Ummah; reform or defeat. Neither is evident after 50 years of futile American sacrifice.

Politics and yearly troop rotations are at odds with the Petraeus doctrine. The force ratios required by the Army Manual (FM 3-24) will never be achieved with the current force structure; and brief, but repeated, deployments are at odds with consolidating any annual gains or winning any "hearts or minds."

Problems with academic theory begin with flawed assumptions; nearly all conflicts in the Muslim world are civil wars, not insurgencies. The Army doesn't have a foreign civil war mandate. Unfortunately, the Marine Corps has bought into the COIN nonsense too. The elimination of the draft makes it easier for politicians and generals to play fast and loose with national treasure and volunteer lives, another ground truth ignored by Petraeus doctrine.

Before leaving the performance report, we might look at some of the small steps that allowed Pataeus to advance from Kabul to Langley. First was that borderline anti-Semitic CENTCOM study commissioned by Petraeus that suggests that resolving the Israel question is key to abating Muslim rage. Nonsense!

Israel/Palestine is a regional problem; Islamism is a global conflict. Secular governments worldwide are the real Islamic targets. Israel is a convenient distraction, a political stalking horse. And Tel Aviv has made a host of territorial concessions since defeating the Arab armies, all to no avail. Elimination of Israel is the oft-stated goal of Palestinians and Islamists alike.  Appeasement in the Levant could only hasten another Holocaust. Petraeus is no friend of Israel, and that alone made him a poor choice for CIA.

Israeli Palestinians are better off than any similar group living in any Arab country, including Jordan and Lebanon. Indeed, at one time or other, Jordanians, Egyptians, and Lebanese have successfully exterminated militant Palestinians. Israel's tolerance of Arabs and Islam, by any measure, is enlightened.

The CENTCOM study and Petraeus clearly catered to existing bias, a kind of closet anti-Semitism, among the American academic Left and Obama acolytes. Petraeus subsequently consolidated his politically correct posture on Islam by taking a knee in Afghanistan. American women in uniform were encouraged to wear the hijab while on patrol. Pandering now trumps American troop safety

as America slinks out of South Asia.

By such baby steps does an officer, with little or no Intelligence experience, advance from Princeton to the CIA. Petraeus garnered an Agency sinecure with a wet finger in the political winds. He was politically correct on all things Islamic. He was reliable -- until Paula came along.

So we are left to ponder the merits of several hagiographic Petraeus biographies. In retrospect, Paula Broadwell's powder puff pastiche, All In (sic): the Education of David Petraeus  is at once an inside joke and reminiscent of Doris Kerns Goodwin's methodology and subsequent biography of Lyndon Johnson -- another politician who quit in the middle of a tedious war. The literary world needs to stop calling tomes about the living, "valentines." A more appropriate classification would be toilette biography.