Warning: mysqli_free_result() expects parameter 1 to be mysqli_result, bool given in /var/www/html/americanthinker/admin/common/functions/func.general.php on line 126
 An Angry Black Man - American Thinker
|

Returning home after two months on the road touring the country singing, speaking, writing, and campaigning to defeat Obama, I felt similar to a heartbroken soldier after losing a war.  I trust God, but in all candor, I felt emotionally drained.

Shopping for salad stuff in Walmart, I focused on a sign -- "Gold Bell Peppers $1.68 each."  To my surprise, I became extremely angry.  As absurd as it sounds, $1.68 for one bell pepper was the straw that broke the camel's back.  It epitomized my frustration and anger over the idiocy of Obama voters.  Why in the world would they allow Obama to continue destroying our country?

Food and gas costs continue to skyrocket.  Obama's war on domestic fuel, business, and the rich kills jobs.  He has tripled our national debt.  And yet, according to exit polls, 52% still believe that our poor economy is Bush's fault.

Thank God Christmas is over a month away.  I need time for God to give me the grace to forgive my black family.  I am furious and extremely disappointed in them for voting skin color over Christian principles. 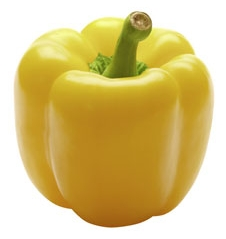 I feel like saying, "Don't tell me about your commitment to Jesus Christ ever again.  I don't want to hear it!"

I will not apologize for my anger, because mine is a righteous anger.  Evil appearing to triumph should make one angry.  Jesus was angry when He turned over the tables of the money-changers in the temple.

The Bible says, "Be angry, but sin not."  Thus, I will not tell off my family, and I forgive them.  But I think it best that I not be in their presence or take their phone calls for a while.

Like millions of Americans, my heart is broken for my country.  Years of liberals indoctrinating our kids K through college and liberal bias in the media have created a wasteland of dumbed down idiot voters.  Far too many Americans are clueless as to the greatness of our republic and the extraordinary cost and value of freedom which is our God-given birthright.

I am angry over the willful ignorance and racism of black America.  During an interview on the "Inside Detroit" radio program, I informed black liberal host Mildred Gaddis that gas was $1.84 when Obama took office.  Mildred rejected this fact.  I begged her to research it.  Mildred said you cannot believe everything on the internet.  Mildred also rejected the truth that Obama supports abortion and that half of black babies are aborted.

Mildred rejected various easily confirmed truths about Obama's destructive leadership -- I am talking willful ignorance.  As far as Mildred and her listeners were concerned, Obama's skin color automatically made him worthy of their vote.

I am outraged regarding the blatant voter fraud in states where a photo ID was not required to vote.

More disappointed than angry, I was shocked to learn that Romney got 3 million fewer Republican votes than John McCain got.  After four years of Obama's tyranny, I assumed Republicans would crawl across broken glass to vote against Obama regardless of our candidate.

Since the election, I have avoided much of the media.  I could not stomach the left spiking the football or weak-kneed, conviction-less pandering from our side.  Decisions made in panic or fear are always unwise.  Better to wait until the dust clears rather than make new fear-based policy statements.

I still believe that pedal-to-the-metal conservatism works every time it is tried.  Why?  Because unlike liberalism, conservatism speaks to the higher nature of the human spirit and is best for all.  Pure and simple.

Yes, there will always be those who want a free ride.  Jesus said the poor you will have with you always.  No one is against a safety net for those truly in need.

When the virtues of conservatism are boldly articulated, they win in a landslide, as per Ronald Reagan.

Beyond the catastrophic economic issues, Americans cried when Obama won re-election because of the death of an ideal.  This dictator appears to have transformed America from being a shining example of the virtues of a free society into a nation of deadbeats in which class envy and government dependency rule.  So yes, I am very angry.

Here is the good news.  I am witnessing a new heightened resolve in patriots to fight harder than ever to turn our country around.  We are in a culture war, and more and more are beginning to realize it.

So I will suck up my anger, trust God, rest in His peace, and continue doing my part in the battle to restore America.