Warning: mysqli_free_result() expects parameter 1 to be mysqli_result, bool given in /var/www/html/americanthinker/admin/common/functions/func.general.php on line 126
 Obama, Who's Your Daddy? - American Thinker
|

Obama, Who's Your Daddy?

Why are people still talking about the birther issue?  Congress and the Supreme Court have said they're not looking into it.  But this issue clearly still has legs.

According to Adam Berinsky, a professor of political science at MIT, the birther issue never really went away.  He's been conducting polls on the birthplace issue, which he compiled in an article called "The Birthers are (Still) Back."  To wit, a lot of Americans continue to have doubts about Obama.

For the last four years, Barack Obama has been plagued by rumors that he is not a natural-born citizen of the United States and, as a result, is not eligible to serve as president. These rumors continue to show surprising resilience.

But what Berlinsky did in his polling was what the progressive defenders of the faith have always done: confused the birthplace question with other questions regarding Obama's eligibility to hold office.  To many, the issue isn't where he was born.  The question is, who is his father?  And is Obama a natural born citizen, since his father was not a U.S. citizen?

Barack Hussein Obama has spent about two million dollars to keep the American people from taking a peek at his original long-form birth certificate.  Nobody spends that kind of money unless there's something really damning he wants to hide.

In spite of all the posturing, courtroom drama, political maneuvers, endless obfuscation, and the frenzied production of yet another highly questionable birth certificate, fully half of the American people have doubts about President Obama's birth certificate and his eligibility to hold office.  This is astonishing.  But even more astonishing is a new theory about Obama's origins that, if true, could rattle the world almost as much as a Supreme Court finding that Obama is not a natural born citizen.

We know that Barack Obama had one biological father and one stepfather, the latter being Lolo Soetoro, the Indonesian Muslim whom Stanley Ann Dunham married after she divorced Barack Hussein Obama.  But is Obama the elder the true biological father?  Obama would like us to think so.  But there is one other contender for that title: the infamous communist agitator Frank Marshall Davis.  Sound preposterous?

The main advocate of this theory is Joel Gilbert, of Highway 61 Entertainment.  To prove his case, Mr. Gilbert has produced a documentary DVD, Dreams From My Real Father: A Story Of Reds And Deception.  The premise is that Barack Hussein Obama is not the real father of the president, but was instead engaged in a sham marriage to Stanley Ann Dunham for the purpose of covering up the identity of Obama's true father, Frank Marshall Davis.

On the surface, this sounds like a pretty strange theory, but there are so many murky deceptions in Obama's life story that even the most outlandish theory deserves a closer look.  When Mr. Gilbert asked me to review the DVD, I made no commitment to do so.  I informed Gilbert that I especially had problems with any use of the purported nude photographs of Stanley Ann Dunham that have been widely circulated on the internet.  It turns out that the nude photographs are a primary component of the documentary evidence that Mr. Gilbert has assembled.

Mr. Gilbert assured me that he had positively identified the person in the nude photographs as Stanley Ann Dunham.  Further, he had proof that the photographs were taken by Frank Marshall Davis in his apartment.  To investigators familiar with Obama's family history, these assertions open the possibility that Davis is Obama's biological father.

Obama investigators, for the most part, develop specialty areas of interest.  Jack Cashill is an expert on Obama's two autobiographical books -- and who actually wrote them.  The courageous Jerome Corsi is, of course, a noted expert on the birth certificate.  My main area of research has been Mr. Obama's association with radical communists and Marxists, including Saul Alinsky community organizing groups.  Joel Gilbert has developed expertise on Frank Marshall Davis, the notorious communist agitator, journalist, pornographer and sex novelist, and on Davis's relationship to the Dunham family.

The idea that Frank Marshall Davis could be the father and mentor of the president of the United States is a very disturbing one.  It would explain many things, not the least of which is how Obama became a socialist radical by the time he left high school.  If he truly had ten years of indoctrination under the watchful eye of Davis, then it is easy to understand how Obama was attracted to the radical communist ideologies that later permeated and defined his growth and development. 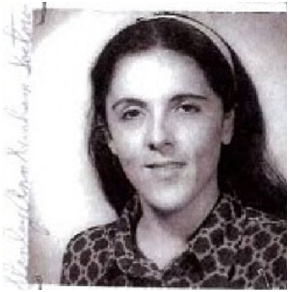 The entire narrative for Stanley Ann Dunham -- the adolescent girl who fell in love with a "Kenyan goat herder" she met in a Russian class at the University of Hawaii -- is pretty hard to swallow.  The story is fraught with anomalies and contradictions.  Stanley Ann was pregnant with Obama when she was 17 years old and unmarried.  Gilbert has a theory of who did the deed.

The calendar doesn't work very well for the official Obama story -- i.e., that Barack Obama, Senior is the father.  In fact, it's barely plausible, and that gives Gilbert some leverage.  But there are many gaps in the narrative that Gilbert advances, which he fills with a voiceover actor portraying Obama and confessing his history.  This is juxtaposed with file movie footage and photographs, many of which have no direct tie to the Dunham or Obama families.

I have resisted this connection for years.  While there is no question that the nude girl in the photos does resemble Stanley Ann, you just can't be sure by looking at the internet photos or those offered by Gilbert.  Gilbert says that attempts by Obama supporters to mislead the public on the identity of the nude girl have only served to increase interest.  He says that so-called fact-checking websites identifying the girl as someone else, a model, have themselves been debunked.  He also alludes to Davis's writings in Sex Rebel, Black and in Black Moods, that are purported to be descriptive of Ann Dunham, but my review of these writings does not support this suggestion.

Frank Marshall Davis was introduced to the nine-year-old Obama as early as 1970 by none other than Obama's grandfather.  Davis reportedly mentored the boy over the course of a decade.  Obama mentions "Frank" in Dreams from My Father a total of 22 times.  He mentions Frank not once in the audio version.  This is a deliberate deception by omission, and Obama is directly responsible for it.

Furthermore, the 19-year-old Obama wrote and published a poem in the Spring 1982 issue of Occidental College's literary magazine, Feast.  The poem was titled "Pop," and it was about Frank Marshall Davis -- not his maternal grandfather, Stanley Amour Dunham, as those on the left would have us believe.  It is a disturbing poem.  There is no question that Barack Obama and Frank Marshall Davis were very close.

Joel Gilbert makes the case that Barack Hussein Obama's biological father is Frank Marshall Davis, but definitive evidence for this theory is missing from the documentary.  Critics call Dreams From My Real Father: A Story Of Reds And Deception a lurid slur against the president.  Perhaps it is.

But then again, Gilbert's work presents a viable alternate theory on the identity of Obama's biological father.  His two years of research has produced a lot of valuable new documentary evidence.   And his work offers a plausible explanation of why Obama adamantly refuses to release his birth records to the public.  There is something in those birth records Obama does not want us to see.  Gilbert suggests that instead of "Barack Hussein Obama," the line for the birth father reads "Unknown."  That would be a bombshell if true.

The truth will come out eventually.  It is possible that Gilbert's Dreams From My Real Father could turn out to be the worst nightmare of Obama's life.

J.T. Hatter is the author of Lost in Zombieland: The Rise of President Zero, a political satire on the Obama administration. J.T. can be reached at jt@jthatter.com.