Warning: mysqli_free_result() expects parameter 1 to be mysqli_result, bool given in /var/www/html/americanthinker/admin/common/functions/func.general.php on line 126
 A Chicken in Every Pot: Food and Presidential Politics - American Thinker
|

A Chicken in Every Pot: Food and Presidential Politics

Presidential campaigns always include plenty of images of the candidates and food. Sometimes, they are chomping down hamburgers in a diner to show that they are regular guys like everyone else. Other times,  they're serving pancakes to the masses  -- I never understand that one.  Maybe they are showing that they're good providers.

Yes, food is part of a presidential campaign, and this year it's a big part. That's because there are two seemingly opposing issues that are front and center. One is Food Stamps. More Americans are on Food Stamps these days than ever before. The Great Recession is supposedly over, according to the economists, but unemployment and under-employment are high. I used to work with the Food Stamp Program, and I know for a fact that most people on Food Stamps are the working poor. They are not lazy or on the take. They just have jobs with such low pay that they are eligible for such an "entitlement."  Many military families qualify for Food Stamps.

The opposite issue is obesity. The First Lady has made childhood obesity her issue, and it's gaining a lot of buzz.  There's an interesting article in The Atlantic Health  about a study that looks at the efficacy of different anti-obesity messages. Guess what the researcher found? People don't want to be shamed into losing weight. They want positive messages, such as the First Lady's "Let's Move" campaign. What people like and what works are two different things, but that's not what this article is about.

Back in the presidential election of 1928, candidate Herbert Hoover promised "a chicken in every pot for Sunday dinner".  Actually, he didn't, but we'll get to that.  Back then, chicken was more expensive than pork or beef.  Chickens  produced eggs. Once you eat the chicken you lose the eggs.  Only rich people could afford to slaughter a young, tender chicken.  Most people waited for the chicken to get old enough to stop laying eggs and then cooked the tough old bird.  Roosters were also ok to eat, because you only need one to keep the hens happily laying eggs, but they, too, are tough. 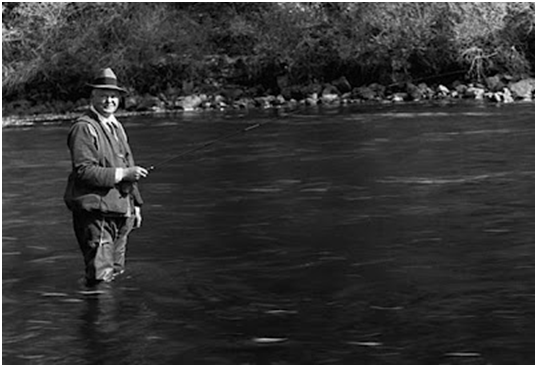 Herbert Hoover fishing in 1947, when he was involved with projects aiming to end hunger in Post-WWII Europe.

Herbert Hoover was actually a decent guy.  Throughout his career, he tried to make life better for others. A lifelong Quaker, he was a strong believer in the value of volunteerism. In 1914, during World War I, he organized 500 Americans to organize a return of 120,000 people from Europe with food, clothing, steamship tickets and other essentials for the trip.  Over the next two years, he helped assure the survival of 9 million war victims in Belgium, where the occupied nation was experiencing a severe food shortage. He even negotiated an agreement with Germany allowing him and his organization to bring in two million tons of food over a two year period.  In April, 1917, President Woodrow Wilson appointed Hoover to head the U.S. Food Administration. Hoover believed that "food will end the war" and this slogan was put into use. Hoover encouraged Americans to eat less of the foods that were needed for export by encouraging "Meatless Mondays" and "Wheatless Wednesdays," and "when in doubt, eat potatoes." After the war, he became director of the American Relief Administration, and was in charge of getting rations to millions of starving people in Central Europe and Russia.

The phrase, " a chicken in every pot", was actually coined by King Henry IV of France (1553-1610). The exact quote is If God keeps me, I will make sure that there is no sharecropper in my kingdom who does not have the means to have a chicken in the pot every Sunday! King Henry IV brought a period of peace and prosperity to France, partly because he instituted policies that benefited farmers and the common people. 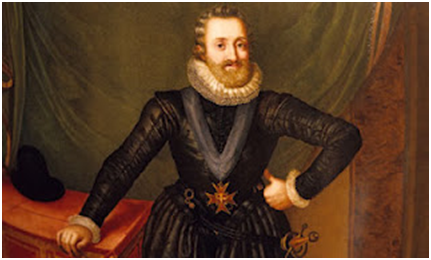 In 1928, the Republican Party brought back the phrase -- adding to the chicken in every pot, that every worker shall have a full dinner pail and a car in the garage.  At the time, the average worker made about $17 per week -- an amount that could be referred to as "chicken feed".

A report in the New York Times, attributed to the campaign of the Democratic candidate, Al Smith, put it this way, "Let us look at that page ad inserted by the Republican National Committee entitled 'A Chicken For Every Pot...I wonder what idea the man who invented a thing like this had in his mind?...Can you imagine in your mind's eye a man at $17.30 a week going out to a chicken dinner in his own automobile?"   --Stenographic Report of Smith's Boston Speech Answering Hoover on 'State Socialism'," New York Times, October 25, 1928 (p. 2) 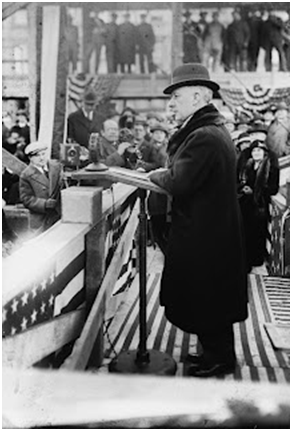 As we now know, the promises of chickens in every pot and cars in every garage went sour in 1929, when the stock market crashed leading to the Great Depression.  Hoover had warned against the speculation on Wall Street, and some of his presidential policies were adopted by Franklin Delano Roosevelt, who won the 1932 election.  Hoover lost re-election because he failed to lead the US out of the Great Depression and will forever be remembered as leader of a failed presidency.  It's too bad. He was a good person who meant well -- an intelligent man whose presidency suffered because of the excesses of the previous administration. As they say, history repeats itself. Another interesting parallel between then and now: the 1928 election was one of the bitterest in history. The Republicans and Democrats were miles apart in their viewpoints about what direction the U.S. should take.

Don't cry for Herbert Hoover. He was a wealthy man who lived a long and comfortable life. He returned to public life after World War II and played a role in relief efforts in post-war Europe. He was friendly with both Harry Truman and Dwight Eisenhower, who both appointed him to high-level posts that increased government efficiency in Washington DC.   His story is relevant to today's tribulations, whether we're talking about government waste, chickens in every pot, or super-sized soft drinks in New York City. In the words of the theme song that Archie and Edith Bunker performed in the TV classic,  All in the Family,  "Mister, we could use a man like Herbert Hoover again."