Warning: mysqli_free_result() expects parameter 1 to be mysqli_result, bool given in /var/www/html/americanthinker/admin/common/functions/func.general.php on line 126
 Paul Ryan and the Triumph of Math - American Thinker
|

Paul Ryan and the Triumph of Math

Luftmensh is a delightful Yiddish word to describe an impractical person who concerns himself with airy intellectual matters and not how to make a living or get things to actually work. I had just decided to make this column on Paul  Ryan's nomination  about how facts, in this case mathematics, will beat the fantastical  notions of the luftmensh in the White House. Remember, Obama  began his term as the spinner of naïve  hopes and dreams  and as those proved unworkable, became the purveyor of  fear, anxiety and outright lies. Once again, however, the great Iowahawk beat me to it with this twitter:

Let me remind you how nightmarish Ryan is to Obama. Here's a six-minute take down of Obamacare by Congressman Ryan.

Watch the vacant look in Obama's eyes as it becomes clear he has no idea how to respond to the facts Ryan raises, to the math which demonstrates the utter unsustainability of Obama's legislative scheme. 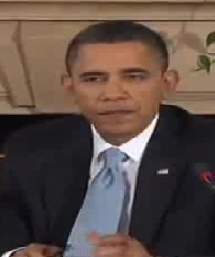 And then observe how that look in Obama's eyes turns to rage. 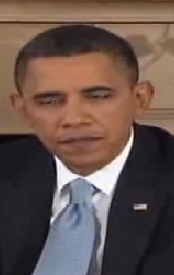 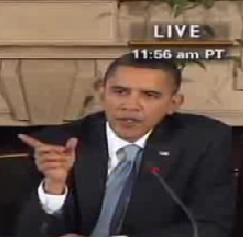 Ryan, a man who does know what's he's talking about on the most important issue before us -- rescuing the economy from Obama's mismanagement and getting America back on track -- has to be Obama's worst nightmare. 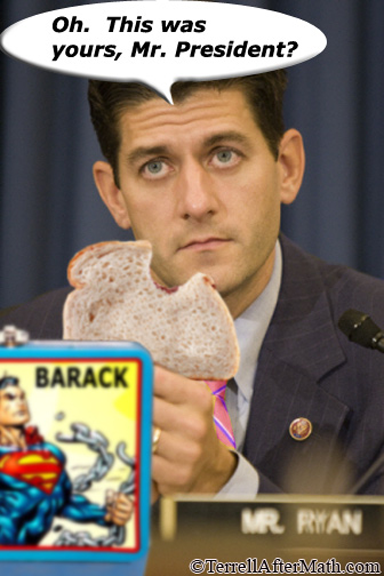 (As for Joe Biden, my guess is he should start packing up to leave his office because Obama cannot afford to have  as his running mate this time a man obviously chosen only because he was sure never to intellectually show up his boss.)

Fiscal conservatives and libertarians who want to limit the federal government's control of our money and lives are ecstatic. Why shouldn't they be? Here are some of the things Ryan's been heard to say:

"...at the end of the day, Mr. Speaker, I think there's a difference in philosophy here. One side likes to think of the idea of everybody sending their money to Washington, then we go to a back room, and we slice up the money and send it out to favored groups, favored constituents, people we want to be as winners versus those who might be losers. We've got to get out of the game of Washington picking winners and losers in the tax code, because what we do is stifle that entrepreneur who has an idea..."

"...And we've been talking about how much we agree on different issues, but there really is a difference between us. And it's basically this. We don't think the government should be in control of all of this. We want people to be in control. And that, at the end of the day, is the big difference..."

"The facts are very, very clear. The United States is heading for a debt crisis. The only solutions will be truly painful for us all. That doesn't have to be our future. The way we respond to this challenge will ultimately define our generation. We can choose a path to prosperity..."

"...The spending bills that you have signed into law, the domestic and discretionary spending has been increased by 84 percent. You now want to freeze spending at this elevated level beginning next year. This means that total spending in your budget would grow at 300ths of 1 percent less than otherwise. I would simply submit that we could do more and start now...So my question is, why not start freezing spending now? And would you support a line-item veto and helping us get a vote on it in the House?"

"...America is not just a nationality it's not just a mass of land from Hawaii to Maine, from Wisconsin to Florida. America is an idea. It's the most pro-human idea ever designed by mankind. Our founders got it right, when they wrote in the Declaration of Independence that our rights come from nature and nature's God - - not from government. Should we now subscribe to an ideology where government creates rights, is solely responsible for delivering these artificial rights, and then systematically rations these rights?"[/quote]

In contrast with Ryan's notion of a fiscally sound economy, and a limited government not based on a Chicago style thuggish spoils system we have the Luftmensh in Chief saying fascistic nonsense like "you didn't build that" and this:

I said I believe in American workers, I believe in this American industry, and now the American auto industry has come roaring back and GM is number one again.  (Applause.)  So now I want to do the same thing with manufacturing jobs not just in the auto industry, but in every industry.  I don't want those jobs taking root in places like China.  I want them taking root in places like Pueblo. [emphasis added]

For those of us who paid attention to what he did to the auto industry: confiscating the pensions of non-union members, destroying the livelihood of Republican GM dealers; managing GM so badly its stock is now valued at 50% of the value it held when we bought it; causing the SP500 and Dow to nosedive as he stood property rights on its head, his words were chilling.

The facts do not support Obama's wild assertions.  An analysis posted two months ago by James Sherk and Todd Zywicki shows that the American taxpayers will lose about $23 billion in the Obama bailout of the auto industry and the unions financially ended up with most of the money.  The following is the Abstract of this column,

The U.S. government will lose about $23 billion on the 2008-2009 bailout of General Motors and Chrysler. President Obama emphatically defends his decision to subsidize the automakers, arguing it was necessary to prevent massive job losses. But, even accepting this premise, the government could have executed the bailout with no net cost to taxpayers. It could have -- had the Administration required the United Auto Workers (UAW) to accept standard bankruptcy concessions instead of granting the union preferential treatment. The extra UAW subsidies cost $26.5 billion -- more than the entire foreign aid budget in 2011. The Administration did not need to lose money to keep GM and Chrysler operating. The Detroit auto bailout was, in fact, a UAW bailout.

Allowing Obama to take over US industries would be a disaster of incalculable and unimaginable proportions.   Obama has shown himself to be incapable of handling taxpayer money, and Obama continues to remain intent on fully controlling the entire economy of the United States.  ObamaCare effectively placed health care under full government control, and the majority of Americans want ObamaCare dismantled and discarded.

If the Romney campaign's weak response to a mendacious Obama PAC ad charging him with killing a steelworker's wife -- an ad so bad even CNN and MSNBC couldn't stomach it -- made us fear that he was just another establishment Republican who couldn't and wouldn't fight for us, his choice of vice president was so bold we are forced to re-assess that judgment. Nothing better shows Romney's strength of purpose and clear eyed vision of his role and his campaign than the selection of Congressman Ryan as his running mate.