As with other Tea Party candidates, Love is not enamored with the out-of-control spending and economic mismanagement of the Obama administration.  "I am laser-focused on getting our fiscal house in order and getting people back to work," she told me in a recent e-mail exchange.  "My pet issues are attacking the debt, reducing spending and fixing the economy."

Love's website is filled with strong conservative positions.  "Washington does not have a revenue problem; it has a spending problem.  Balancing the budget is only part of the solution.  We must cut federal spending to begin to restore America's economic strength and citizen liberties."

If elected, Love plans on opposing the regulations of the Environment Protection Agency, known for its recent 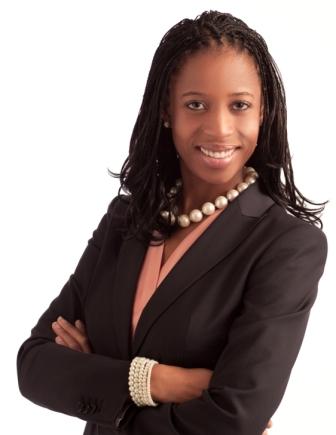 rules that will shut down much of the coal industry and throw millions out of work.  The Departments of Energy and Education are also on her opposition list.  "We must rein in some regulatory agencies and eliminate others," she added.

Love has also pledged that if elected to Congress, she will join fellow black Republican Allen West as a member of the Congressional Black Caucus, which she hopes to "change from the inside out."  She recently told ABC News, "I told Congressman West to hang in there; reinforcements are coming."

"I believe fiscal discipline, limited government, and personal responsibility are vital to a stronger America," Love said.  "Nowhere is this message more important than among the lawmakers who profit from promoting an unsustainable entitlement system rife with failed poverty programs that perpetuates the culture of government dependency and discourages self-reliance among black Americans.  This is the antithesis of Dr. Martin Luther King's dream."

Paul Ryan recently appeared in Utah to campaign for Love before his pick as vice presidential nominee.  He told a local newspaper that "we need people who are sincere reformers who will do what it takes to get the country back on track.  I see that kind of person in Mia -- a real leader with natural leadership skills, who's not afraid to make tough calls and do what needs to be done to save the country from a debt crisis."

Love would know about managing public money and making tough decisions.  Her website recounts how as councilmember and later mayor of Saratoga Springs, Love oversaw extreme growth followed by economic retrenchment that meant having to cut city services.  After examining the city's needs, Love and the city council made the necessary cuts to keep essential city services and keep taxes low.  Following her election, one of Love's first acts as mayor was to reduce the property tax.  She points out that while many cities saw their credit ratings cut, the City of Saratoga Springs, Utah, was one of the few municipalities that weathered the financial crisis and kept its highest-possible rating with Standard and Poor's.

Love is the proud daughter of Haitian immigrants who came to the United States with only $10, hoping to achieve the American dream.  While her mother cleaned houses and worked at a nursing home, her father worked for a painting company and drove school buses and cleaned toilets for a local school.

President Obama's recent comments about successful people not succeeding on their own struck a nerve with her.  "Entrepreneurs are the backbone of the U.S. economy," Love told me.  "Obama basically said that success is not about individual effort and that is ridiculous.  My dad scrubbed toilets.  He did it himself.  Obama didn't scrub toilets for him."

Recently Love was campaigning, and she came across an owner of a bar-be-que restaurant who was also incensed about Obama's comments.  "He told me that this election is not political for him; it is completely personal.  His small business affects everything in his life.  He told me, 'having you walk into my business and ask how I am doing and what we can do to make it better is important to me.'"

Understandably, liberals are getting nervous.  In a recent analysis of the race, The Daily Kos called Mia Love a "token black Republican" and said that she was "one of the two African Americans in Utah not playing for the Jazz [basketball team]."

Liberals will need more than insults to defeat Mia Love.  Utah's 4th congressional district is a new district, so it will have no true incumbent.  The closest to an incumbent is the sitting congressman from Utah's 2nd district, Democrat Jim Matheson.  Matheson won re-election in 2010 by a margin of less than 5% of the vote.  His opponent that year was a relatively unknown, poorly funded Republican.

Since his 2010 re-election, Matheson has switched his votes several times on repealing ObamaCare, which Love says is consistently and unequivocally opposed by the people of Utah.

"In early 2011," Love said, "Matheson showed his true colors and voted against repealing Obamacare when the political ramifications were minimal.  On July 10th, he voted against the rule that allowed July 11th's repeal vote to occur.  He stuck his finger in the wind and voted "aye" in a desperate attempt to save face and save his job in November."

Unlike his last election, in this election, Matheson might not be facing an unknown in Mia Love, and he probably won't be facing a poorly financed candidate, either.  According to recent FEC filings, Love has raised almost $500,000 to Matheson's $1.6 million, and she is closing in fast.

The Cook Political Report rates this race as a toss-up.  Anyone wishing to donate to Mia Love's campaign for Congress may do so here.