Warning: mysqli_free_result() expects parameter 1 to be mysqli_result, bool given in /var/www/html/americanthinker/admin/common/functions/func.general.php on line 126
 For Whom Beck's Bell Tolls - American Thinker
|

For Whom Beck's Bell Tolls

Affectionately dubbed "Beckstock," Restoring Love was held in Dallas, Texas, from July 25 to 28.  It was the third of Glenn Beck's three "Restoring" rallies.

Restoring Love was a four-day meet-and-greet-the-politicians/volunteer mega-marathon/gala stadium hootenanny.  The two previous rallies were Restoring Honor (in Washington, D.C.) and Restoring Courage (in Israel).  Using the three theological virtues -- faith, hope and charity -- Beck formulated his own three derivatives -- honor, courage, and love -- to encourage Americans to embrace the best of our country's traditions. 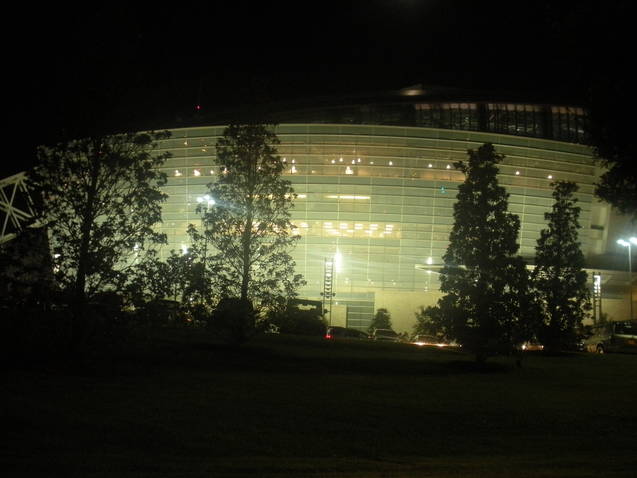 Restoring Love punctuated the attention given to the Bible Belt (Dallas, Texas, in particular) as a refuge for people espousing the American ideals expressed by the country's Founding Fathers.  Beck's Saturday night finale for the whole Restoring Love event took place at Dallas Cowboys Stadium.  Sixty thousand (60,000) people shared in the excitement of the beginning of what Beck himself referred to as a "Third Awakening."

Massive and yet human in scale, the Cowboys Stadium was an architectural metaphor for Beck's federalist vision.  The silver stadium, deep green grass, and blooming white flowers vibrantly reflected the silvery-white moon hovering over the stadium like a guardian angel and giving luster to rally attendees' hopes for continued freedom. Hearkening back to the droughts and fires of last summer, the lush Texas summer of 2012 seemed to be a heavenly blessing upon the Restoring Love movement.

Beck had hoped to have Christian luminary Billy Graham at the Saturday show, and the absence of the speaker was palpable.  It was apparent that Beck would have also wanted George Washington, Abraham Lincoln, and Martin Luther King, Jr.  Instead, Beck recalled these men and their values to the audience through "guest" artifacts onstage in the middle of the stadium.  With two versions of Arnold Friberg's famous painting "The Prayer at Valley Forge," Beck explained that the artist's seemingly imperfect "color study" of the painting was his favorite of the two.  This was Beck's symbol for a seemingly imperfect yet admirable America.  Referring to the image of Washington in prayer and commenting on the historical reality of Washington's incessant prayers, Beck went on to tell a story about a Redcoat soldier who went home to his wife to say that they were surely on the losing side, given the depth of prayer that he had witnessed as he spied on Washington.

Beck also brought out one of the eight remaining Bibles printed by the U.S. Congress when the colonies gained independence.  He stressed the fact that faith was so important to the American Congress that one of its first acts was to print its own Bible -- an act prohibited to the colonists by the English king.  When these Bibles were brought to Washington's troops, Beck said that Washington himself was glad that at last there was something of real 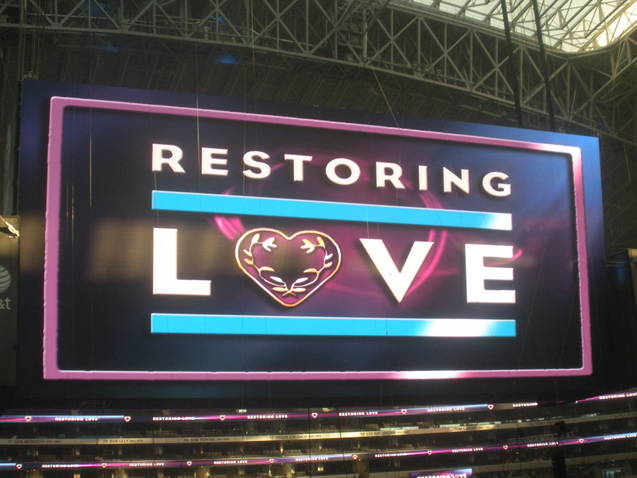 value to give to the veterans of the war.

Brought in to "inject 'goodness' into the mainstream culture," singers made appearances at the show as well.  Notable among these were a gospel choir; Alex Boye, who sang "The Star-Spangled Banner"; and Kalai, who sang an original song, "All Rise."

The replica Liberty Bell that tolled at the finale provided another metaphor for reverberations of the Restoring Love rally.  Beck's idea is that like-minded Americans can worship and praise God and help fellow humans, thereby increasing the impetus for freedom in the nation. 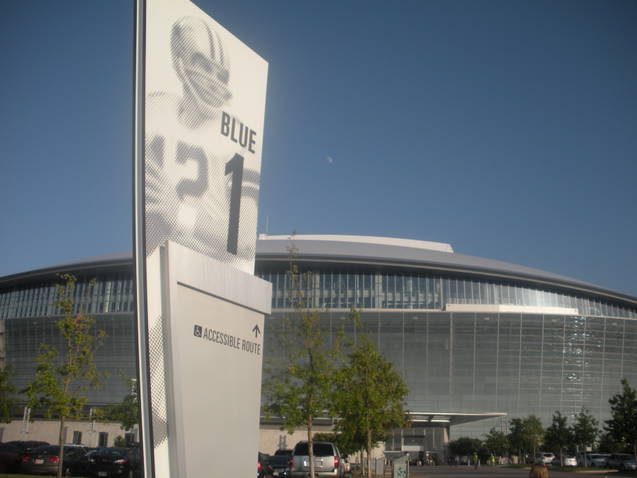 Mercury One is Beck's non-profit organization.  It is dedicated "[t]o inspire, organize and mobilize individuals to improve the human condition physically, emotionally and spiritually with malice towards none and charity for all."  Mercury One sponsored the volunteer mega-marathon that formed the crux of the first half of the four-day event.  Volunteers came from across the country to clean municipal areas, host a car wash fundraiser for a disabled children's home, and pack eleven food trucks.  At Cowboys Stadium, Beck noted the irony that eleven food pantries can no longer accept private donations due to increased governmental regulations.

East Coast conservative radio show hosts Elizabeth Letchworth (founder of GradeGov.com) and Andrea Shea King (editor of The Radio Patriot website) came to Dallas to pitch in as volunteers.  They hosted Radio Rendezvous, a mini-Restoring Love event that gathered their radio fans to talk about political and strategic campaigning while enjoying Sweet Frogs frozen yogurt in the Dallas area.  Meanwhile, the Self Reliance Expo was held at the Arlington Convention Center. 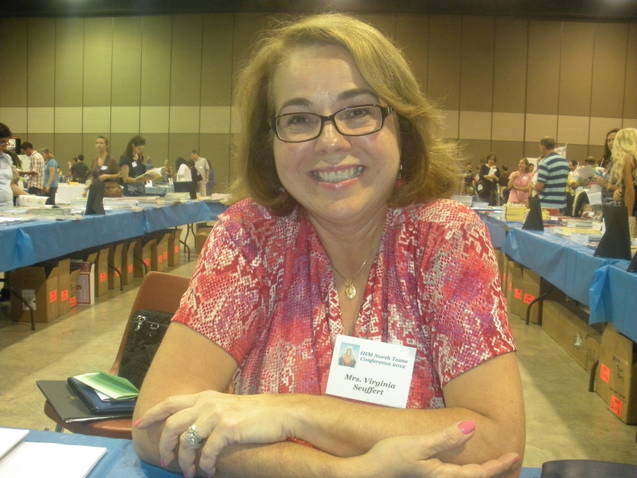 Coincidentally, it was the weekend of the annual Dallas IHM Catholic Homeschooling Convention.  At this year's convention, homeschool expert Virginia Seuffert (pictured at right) presaged by one day ideas that Beck stressed in Cowboys Stadium.  Seuffert used the biblical example of Esau selling his birthright to Jacob for a meal in order to show how parents have been seduced by extravagant public school buildings but have neglected to see the degrees of increased secularism in the classrooms.  Seuffert continued by saying that the government has made us believe that we no longer need to take care of our children's education and that we should just leave it all to the leadership and experiments of the government.

In addition to Rick Santorum, Sarah Palin and Jim DeMint came to Texas to support the Senate candidacy of Ted Cruz.  Supporters had worried that Cruz's chances of victory were diminishing, given that his opponent, David Dewhurst, was outspending him three-to-one.  However, following "Beckstock," Cruz pulled off a rather large win.  Greater analysis may point to Cruz's victory as a further reverberation of "Beckstock." 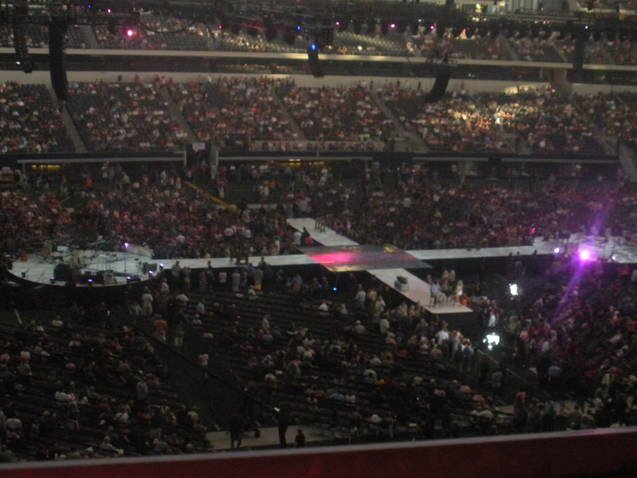