Warning: mysqli_free_result() expects parameter 1 to be mysqli_result, bool given in /var/www/html/americanthinker/admin/common/functions/func.general.php on line 126
 The Climategate and Jerry Sandusky Scandals: A Common Thread - American Thinker
|

The Climategate and Jerry Sandusky Scandals: A Common Thread

America, it's time to meet your newest top-secret government employee: a professional cover-up artist with a radical agenda.

Graham Spanier is the former Penn State University president who was fired during the Jerry Sandusky investigation for failing to properly investigate Sandusky when the pedophilia allegations first surfaced.

Spanier's "investigation" of Jerry Sandusky was so thoroughly inept that it got him fired.  When it was completed, Spanier stated that he had "complete confidence in how they have handled the allegations against Sandusky," and he was fired very shortly thereafter.  The recent Freeh report indicates that the investigation was conducted for the purpose of finding nothing.  In other words, it was a cover-up.

It wasn't the only time Spanier rigged an inept investigation for the purpose of finding nothing.  In 2010, his investigators found that Penn State climatologist Michael Mann had done nothing wrong when he invented his "hockey stick trick," to "hide the decline" and lend false credibility to climate change theory.  The difference between the Mann investigation and the Sandusky investigation is that one covered up a sex offender and the other covered up a fraud.

The methodology, however, was equally bad.  The "Climategate" investigation was conducted by five Penn State employees.  It is available here.  The five internal investigators were given a list of four specific allegations of academic fraud, and they proceeded to dismiss the three most significant allegations outright, without investigating them at all.  The next step was to read 376 e-mails written by Mann and dismiss 329 of them.  After this, they conducted a two-hour interview with Michael Mann, in which he (shocker!) denied doing anything wrong.

The next step was to interview two outside climatologists, noted within the report itself for their personal support of Mann himself and his science, named Dr. Gerald North from Texas A&M and Dr. Donald Kennedy from Stanford University.  Naturally, these two friends supported Mann.  Next, they interviewed Dr. Richard Lindzen at MIT, who accused them of ignoring the most important allegations.  They ignored him and moved on.  The report actually states this.  "We did not respond to him."

After this, the investigators deemed that Michael Mann hadn't done anything wrong.  They did not investigate three quarters of the allegations against him, and they did not interview anyone with an opposing viewpoint.  President Spanier then stated, "I know they have taken the time and spent hundreds of hours studying documents and interviewing people and looking at issues from all sides."  This statement is blatantly untrue, as the report itself indicates.  It also sounds disturbingly similar to Spanier's statement about the Sandusky cover-up -- "I have complete confidence in how they handled the allegations against Sandusky" -- which got him fired.

This brings us back to Jerry Sandusky, the child rapist.  There are two reasons Graham Spanier helped cover for Sandusky.  First is Spanier's well-known instinct to protect his friends.  Second is that Spanier himself has a radical sexual agenda. 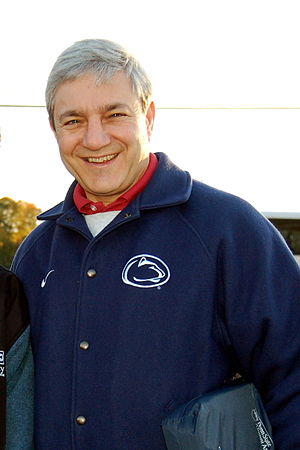 His career started in the early '70s, when he became one of the world's leading academic voices for "swinging," or mate-swapping.  He studied the subject during his time as a doctoral candidate , and he frequently published additional essays throughout the 1970s.  His conclusion was that mate-swapping is good for marriages as long as it is not done in secret.  In an article on mate-swapping that he co-wrote with Charles L. Cole from 1975, we find this gem: "We choose to view deviant behavior simply as behavior that some value and others consider wrong. An individual's behavior becomes deviant only when others define it as deviant."

With this attitude toward sexual morality, does it surprise you that Spanier himself personally refused to investigate a completely different sex scandal just a few days before the allegations against Sandusky were first brought to his attention?

In February 2002, a man named Paul McLaughlin spoke personally with Graham Spanier and told him that he had been sexually molested as a child by a Penn State professor named John Neisworth, on the Penn State campus.  McLaughlin offered Spanier a copy of a tape recording in which the professor admitted the abuse.

Spanier told him, "Don't bother," and never pursued the case at all.  A few days later, on March 1, football assistant Mike McQuery reported finding Jerry Sandusky anally raping a boy in the shower, and Spanier again dismissed the allegation, eventually leading to the current shambles of Penn State.  The crime was evil.  The cover-up destroyed an institution.

If you are counting at home, that is two charges of child rape in one week that Graham Spanier personally refused to investigate.  The reason the Neisworth abuse case isn't more famous is because it didn't involve a celebrity football coach.

We know that the charges were true on both counts.  Sandusky is in jail, and in 2005, Neisworth was charged with additional cases of child sexual abuse.  In 2006 he agreed to an out-of-court six-figure payment to McLaughlin. 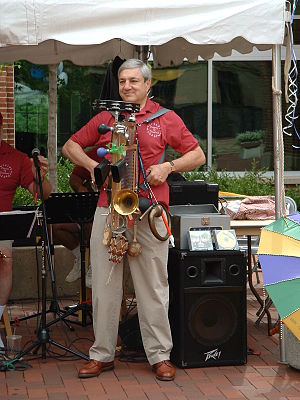 The truth is, in March of 2002, Graham Spanier didn't have time to investigate charges of sexual abuse among his faculty because he was too busy promoting it on campus.  I was there.  That very month, Penn State hosted a "Women's Health Conference" and a "Sex Faire."  These events are not to be confused with the "C*nt Fest" and the "Tent of Consent," from a few months prior, but Spanier wanted to make sure his twisted sexual agenda was as clear as possible.

Penn State knew what agenda they were getting.  When they hired him in 1995, the student body president at the University of Nebraska (which Spanier had headed) warned Penn State, saying, "Watch out for his social agenda and make sure he doesn't make it a priority over academics."  The warning was prescient.

The keynote speaker at the Sex Faire and "Women's Health Conference" in 2002 was a person named Pat Califia, who has authored dozens of books and essays about sexual pervserion including S&M and pedophilia.  Califia is quoted on the North American Man Boy Love Association (NAMBLA) website with the following:

Boy-lovers and the lesbians who have young lovers are the only people offering a hand to help young women and men cross the difficult terrain between straight society and the gay community. They are not child molesters. The child abusers are priests, teachers, therapists, cops and parents who force their stale morality onto the young people in their custody. Instead of condemning pedophiles for their involvement with lesbian and gay youth, we should be supporting them.

Jerry Sandusky couldn't have said it better himself.  Califia's words came from an interview in 1980, at a time when Spanier was one of the most prominent sociologists in the world, specializing in sexuality.  It is impossible to imagine him being unaware of who Califia was.  Penn State paid Califia with state-subsidized money within a month of President Spanier hearing of two seperate child rape allegations against his staff and actively covering them up.

The 2002 Sex Faire and related festivities were not an isolated incident.  We had one the previous year as well, including a presentation of "The Vagina Monologues," a pornographic play.  The Pennsylvania state legislature called Spanier to a hearing for using taxpayer subsidies to pay for it.  At the hearing, when he was pressed on the question of whether the sex faire was wrong, Spanier reached into his Ph.D. bag of tricks and responded, "I don't understand what you mean by 'wrong.'"

Spanier's deep history of pushing his twisted agenda and actively covering up wrongdoing by his faculty members is astonishing.  The only reason he has avoided the media spotlight of the Jerry Sandusky scandal is because Joe Paterno was a celebrity football coach.  A Google search for "Joe Paterno Scandal" actually retrieves 2.4 million more results than a search for "Jerry Sandusky Scandal."  Graham Spanier deserves this kind of fame, too.

Does any of this matter now that he has been fired, Sandusky is in jail, and Paterno is dead?

America, meet your newest secret consultant.  Graham Spanier, the professional cover-up artist with a history of promoting and covering evil deeds, has now been hired by your federal government for a top-secret consulting job that is so secret that we aren't even allowed to know what it is.  Sounds like a good fit.  This man's primary skill is covering up dark things that make people look bad.

They need him for something.  They hired him as soon as he was available.

Don't believe another word they tell you.

T.S. Weidler is a Penn State graduate who personally witnessed (but did not participate in) the Sex Faire, the C*nt Fest, and many of the events mentioned in the article. Contact him at tsweidler at yahoo dot com.