Warning: mysqli_free_result() expects parameter 1 to be mysqli_result, bool given in /var/www/html/americanthinker/admin/common/functions/func.general.php on line 126
 Obama, the Pierre Trudeau of America - American Thinker
|

Obama, the Pierre Trudeau of America

History has a habit of repeating.  The circumstances surrounding the rise and fall of successive empires are notable for their similarity.  The same is true of economic cycles and major wars.  In Europe and South America, societies never learn from their histories and repeat the same economic and political mistakes with alarming regularity.  Most recently in Europe, the demise of the USSR as a result of failed socialist economic policies and communist-style central planning is about to mirrored by the failure of the EU, largely for the same reasons.

Argentina and Venezuela are inexorably sliding toward civil war as a result of failed statist governments that declare economic war on private property and individual freedom to choose.  For Argentina, this slide into totalitarianism and poverty will be the third in the past century.  The South American examples are more troubling, because these "emerging" states have an economic model in Chile that has been successful in improving living standards for decades, having rejected the ideals of Marx in favor of the views of Friedman.

The United States has also flirted with forms of socialism over the past few decades.  Woodrow Wilson, FDR, Jimmy Carter, and most recently Barack Obama have all ignored the Constitution and rule of law to impose government control over the economy and degrade personal freedoms.  The effects have been insidious, though delayed from time to time by the election of men like Eisenhower and Reagan.  But the trend is clear.

History has not yet repeated in the U.S., but it might in 2012.  If Americans need an example of the consequence of their choice in November, Canada's recent history is a primer. 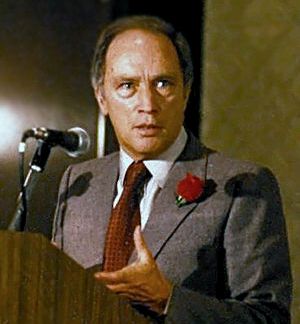 In 1968, Canadians elected a young(ish), cool, detached, and modern prime minister, Pierre Trudeau.  Trudeau was very much the Obama of his day.  The media adored him.  He was presented as a transformational leader.  He defeated an older Conservative candidate on the strength of his charisma and sound bites rather than his character or policies.  The youth vote and every special interest group saw Trudeau as "their guy."  Trudeau had no real-world experience.  He was the most socialist mainstream party candidate to ever mount a credible campaign to lead the country.  When he won, schoolgirls wept in joy, and the media celebrated their victory.

For a decade, from 1968 to 1979 and again from 1980 to 1984, Trudeau's socialist ideals shaped Canada's economy and psyche, with disastrous effect.  By the time Trudeau was finally defeated (by his own party), his policies of social welfare and multiculturalism had nearly bankrupted the country and seriously divided the population along language and geography.  Trudeau's celebration of Marxists and his antagonistic relations with the U.S. were an embarrassment for most Canadians.  His economic ideas drove the value of the Canadian dollar to all-time lows against the USD.

To get around Canada's existing constitution, the BNA act, Trudeau concocted his own version and "re-patriated" it from Britain in 1982.  Trudeau's constitution omitted private property rights and severely limits Canadians' rights of speech and assembly.

The result was a divided, indebted country with high structural unemployment and a morose business climate.  In 1994, the legacy of Trudeau policies prompted Moody's to downgrade Canada's debt.

This history should ring familiar in Obama's America.  Canada's history under Trudeau is America's future under Obama.

Canada under Harper enjoys economic good health, if not prosperity; Canada is adding jobs and lowering taxes.  It has taken Canada nearly a generation to begin to undo the damage Trudeau's socialism caused.

In November, Americans have the opportunity to choose their future.  The choices and the real-world consequences of that choice are evident elsewhere.  History does have a way of repeating -- on rare occasions, people can choose the history they want.