Rev. C.L. Bryant is making waves with his new documentary, Runaway Slave.  I had the opportunity to preview the film in Bossier City, Louisiana, and I found the documentary thoroughly compelling.

Runaway Slave was conceived by Rev. Bryant and supported by private donations and FreedomWorks.  It has been well-received in private screenings so far, often receiving standing ovations, and is poised to open in select theaters across the country next week.  While at Regal Cinema 9 in Bossier City, it was the highest grossing film there.

Herman Cain caught a great deal of flak for his comment on the campaign trail that he "had left the Democratic plantation," but he's not the only one saying it.  Indeed, C.L. Bryant has now joined the ranks of a number of  black closet conservatives who are speaking out against big government, which is what they perceive to be the new plantation.   And the list of black conservatives finding the courage to speak out is growing.

Joining Bryant in this documentary are famous faces like Herman Cain, Allen West, Thomas Sowell, AlfonZo Rachel, and Alveda King.  Sirius radio host David Webb speaks out, and we meet a host of other black conservatives who share their stories such as Mason Weaver, Marvin D. Rogers, and K. Carl Smith, who is the founder of Frederick Douglass Republicans and subscribes to the "four life-affirming values of Douglass: respect for life, respect for the Constitution, belief in limited government and individual responsibility." 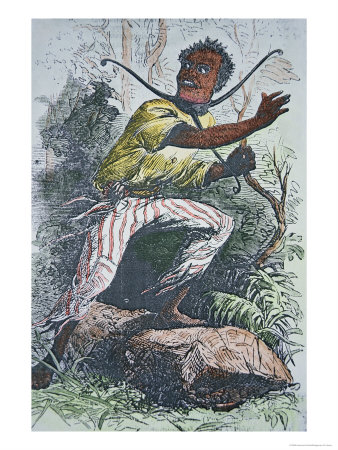 The film itself has a gritty, urban, edgy feel to it, at times contrasted with scenes of rolling hills and pastoral images of a beautiful America.  The scene at the Jefferson Memorial will certainly bring a tear of pride to your eye.

Bryant travels across America, marching with the NAACP, asking questions, and stands thoughtfully at Tea Party rallies.  He takes it all in and asks, "Why?"  Why are we so racially divided when we all want the same thing?  Bryant asks black Americans, "What are you being prevented from doing because of your skin color?"

The documentary also tells C.L.'s personal story.  He grew up in Grand Cane and is a licensed and ordained minister.  He lost his church when he began to speak at local Tea Party rallies and about his conservatism.  Bryant was also NAACP chapter president in Garland, TX, a position he lost when he declined to speak at a pro-choice rally.  Staunchly pro-life, Bryant has twice sacrificed his position to his values.

The main theme of the documentary is not new: the enslavement of black society by big government.  People like Jesse Jackson and Al Sharpton are described in interviews as "race-hustlers" or "poverty pimps" because while they claim to represent the best interests of black America, they are profiting from the continued degraded status of blacks.

Technically, the film is a masterpiece in editing and symbolism.  The theme of the underground railroad is ever-prevalent, and at one point, AlfonZo Rachel even says, "We've got a new underground railroad 2.0; we're kind of like the Harriet Tubmans of our day!"  We often see Bryant walking down railroad tracks, standing in thought, or running down the tracks.  He picks up a rusty railroad spike which, at the end, he throws forcefully off a railroad trestle into the river: freedom!

On his journey across America, one of the people Bryant talks to is author and pundit Star Parker.  Parker is the author of Uncle Sam's Plantation: How Big Government Enslaves America's Poor and What We Can Do About It.  She shares her compelling personal story from welfare to entrepreneurship in her book.  In the documentary, she explains that "what broke down in black America is just a picture of what's breaking down in the rest of society. ... Not only has big government enslaved America's poor, but now we're looking at the extension of government into all communities."

In Uncle Sam's Plantation, Parker wrote, "A burgeoning lower class of people dependent on the government will likely continue voting for the party that keeps the handouts coming[.]"  Thus, we have the stunning statistic that 95% of black Americans voted for Barack Obama in 2008.  Statistically, black Americans have strongly voted for the Democratic party since 1936.  That year, black voters came out 71% for FDR.  Republicans have not been able to garner over 20% of the black vote since Nixon in 1960.

In one segment community leader Marvin D. Rogers gives Bryant a history lesson in which Rogers points out that Harriet Tubman, Sojourner Truth, Frederick Douglass, and Booker T. Washington were all Republicans.  Republicans were in control of both houses of Congress when the Thirteenth, Fourteenth, and Fifteenth Amendments were passed, which granted freedom, citizenship, voting rights, and due process to blacks.  Rogers also explains that President Eisenhower, a Republican, signed into law the 1957 civil rights act, which set in motion the civil rights commission and created the civil rights division of the Justice Department.  It was a Republican senator, Everett Dirksen who blocked a Democratic filibuster against the 1964 civil rights legislation.  Dirksen said, "The time has come for equality of opportunity in sharing of government, in education, and in employment.  It must not be stayed or denied."

Given all this, why such a monolithic turnout from the black community for the Democratic Party?  This is one of the questions Runaway Slave attempts to answer.  How has black America been improved by all these handouts?  Part of the problem seems to be the controlled decimation of the black family perpetuated by the requirement that to receive that entitlement check, there must not be a father in the home.  You get married, you lose your welfare check.

In her new book, Blacklash, Deneen Borelli asks, "Why aren't black kids improving and growing at the same rate as their peers?  My opinion: It's all in the message from the career black politicians who promote big government solutions that result in stagnation and government dependence."  The better way, Borelli suggests, is to quit blaming everyone else and take responsibility for your life.  The Constitution does not guarantee you success, but it does guarantee you the opportunity for success.

Black conservatives are accustomed to the standard name-calling ("Sellout!"  "Uncle Tom!"), and the personalities featured in this film simply brush it off.  AlfonZo Rachel says, "I must be on the right track!" as he notes that Uncle Tom actually stood up to his master in the famous novel by Harriet Beecher Stowe and refused to whip another slave.

There will be many who won't have the courage to see this film, which opens in select theaters July 27.  There will be many who scoff at C.L. Bryant and accuse him of being a sellout to the white man.  But if we are ever to have a true discussion of race in this country, this documentary might be the place to start.