Fauquier (/fɔːˈkɪər/) County, Virginia has become a new battleground against the sprawl of Washington-style government bullying.  Under the guise of business zoning authority, Fauquier is now depriving an agricultural community of its liberty to live the farm life when a little commerce is, and even is not, involved.

The county, you see, wants to regulate and fine farm residents on grounds of holding pumpkin carvings, birthday parties for little girls, and Boy Scout jamborees.

Fauquier County is an agricultural community in the beautiful Piedmont mountain region about an hour west of Washington.  Its motto is "life as it should be."  To some county bureaucrats and officials, that means "life as we tell you how it should be."

The growth of the federal government, along with its bureaucratic mentality, has sprawled into Northern Virginia, and mostly up to now, just shy of Fauquier.  In once-bucolic Loudon County to the north of Washington, where family farms stood just 15 years ago, now stand high-rise offices of businesses with government contracts, lobbyists, and others feeding at the government trough.  Loudon, the fastest-growing county in America, is not the free market at work.  It's a concrete and steel metropolis built directly and indirectly on taxpayer money flowing into and out of Washington.

Virginia is divided now -- in many ways -- between the Washington suburbs of Northern Virginia and the rest of the state.  With the sprawl of big government comes the bureaucratic mentality that what's yours is theirs to regulate, control, and dictate.

Virginia, of course, was the home of George Washington, Thomas Jefferson, James Madison, Patrick Henry, and George Mason.  The spirit of liberty still runs deep in parts of Virginia.  Sadly, however, the sense of freedom has been dampened if not eviscerated among those tied to and benefiting from government power and money.

Virginia has long been supportive of agriculture, and the state has a Right to Farm law.  While family farms are struggling, Virginia has discovered that its soil and climate are splendid for grapes.  Hence, wineries are popping up to the joy of a good number of Virginians now employed by them, tourists, and many tax revenue collectors.

Fauquier this past week, though, passed a new county ordinance requiring wineries to close their doors at 6 p.m. and requiring them to pay the county for special permits for such things as extended hours and catered food.  Because of one or two wineries where bacchanalia has caused grief for some neighbors, the county decided to punish all wineries...oh, and to make more money off its theft of liberty, too.

The wineries have numbers and money to fight this punitive over-regulation.  By using narrowly tailored exemptions, though, the county bought off opposition from some, including one that defeated the county at the Virginia Supreme Court not long ago.  When government believes that it owns our liberty, it selectively dishes out some as bribery.

But Fauquier isn't just stealing liberty from wineries.  Using Orwellian oversight and threats of fines, Fauquier is also bullying a tiny farm in Paris, Virginia that takes in rescued animals and sells organic tea but is not a winery.  Reading the order against the farm issued by Fauquier County Zoning Administrator Kimberley Johnson, one may confuse Fauquier for an anti-family banana republic.

In deciding to seek fines against the farm, Ms. Johnson's April 30 order includes the following specious, frivolous, and ridiculous items:

1. The farm has rescued animals;

2. The farm advertised an "organic tea café" and films its on-site small-farm events;

3. As a means to unscrupulously load up her case, Ms. Johnson includes in her list of allegations certain "events" at the farm she found in an internet search that even her own order later acknowledges were never held on the property;

4. Using her questionable internet investigative "techniques" (the county hasn't yet used drones), Ms. Johnson alleges two other events in support of her claims: a "wine testing" in September 2011, and "a seasonal pumpkin patch and carving event" in October.  Maybe Ms. Johnson should notify Homeland Security, too.  Those kids carving pumpkins have knives!

5. Perhaps the single most offensive allegation by Ms. Johnson is that the farm's Facebook page "includes photographs of a child's birthday party that was held" on January 22.  Ms. Johnson believes that a party of eight 10-year-old girls on a family farm is subject to her regulatory purview and is cause to threaten county citizens with fines up to $5,000. 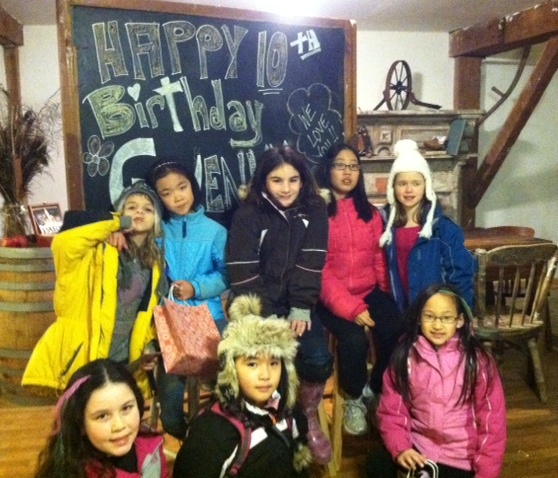 Ms. Johnson has shut down, or attempted to shut down, political fundraisers on residential farms for lack of a permit.  The farm owners could have sued her and the county under 42 U.S.C. 1983 for violating constitutional rights under the color of state law.

Ms. Johnson, the menace, wasn't fired or sued for her imperious view of her power versus her limited view of people's rights on private property.  That's a shame.  Now, she's attempting to fine a county resident for holding Boy Scout jamborees on his property.

Not all victims of Ms. Johnson's lawbreaking are wealthy enough to assert their rights through civil actions.  And that's how bureaucrats build on their arrogant lawbreaking.  They bully citizens who are good, mind-their-own business types, or who lack the resources to file suit.

Other Fauquier County officials, of course, should be ashamed of what's happened.  In the meantime, county citizens are forming a new organization to protect family farms.  They've seen what happens when they wait for politicians or judges to actually stop government lawbreaking.  They've learned that to protect rights, citizens need to do it on their own -- and in numbers.

The home of Founder John Marshall still stands, and it can be seen from one of the wineries.  Marshall could have walked to the Paris farm or the Boy Scout jamboree.  It was Chief Justice Marshall who described the Constitution as our fundamental and paramount law.

Fauquier County government officials, it appears, are either going to see the light, or will get a lesson in how citizens will enforce that paramount law on them.  Oh, and small family farmers still have pitchforks, even if just for symbolism.

Correction: While Fauquier did buy off opposition from some wineries with exemptions from its punitive ordinance, the one that won at the Virginia Supreme Court, Marterella Winery, was not one of them. The case won by family vintner Kate Marterella, in fact, serves as excellent precedent against the county's zoning tyrant.